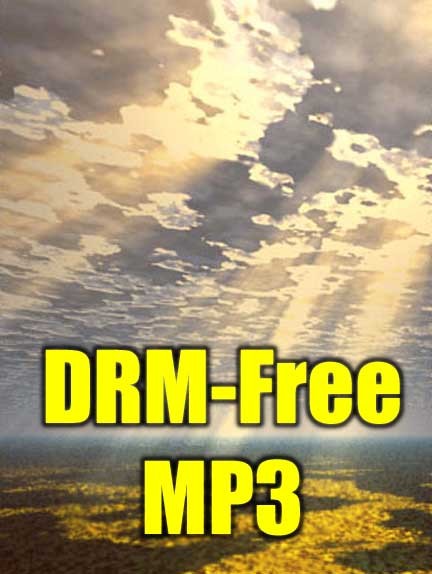 Can universal DRM-free MP3 be coming?

I'm not sure where it began, except to say that iTunes is the likely ignition source for labels embracing online downloads and legal file sharing. Lately, it seems that the record studios are finally negotiating on a massive scale to allow social networking sites and other commercial enterprises to distribute music in a myriad of ways that will guarantee some revenues from the transfer and consumption of digital music. In addition, 3 out of the four labels have now allowed Amazon.com to sell their music DRM-free. There's change in the air.

This week, Facebook has approached major music labels (Universal Music, Sony BMG, Warner Music, and EMI) about launching a music service, according to a report the Financial Times issued on Wednesday. The talks were described in the article as "preliminary." Last week, Reuters reported on the major labels holding similar talks with MySpace, the leading social network site owned by News Corp.

Let's recap some recent events that have led us to believe the large, hulking ship that is the Recording Industry may be turning it's tiny rudder towards acceptance of downloadable music - possibly even free downloads with other sources for revenue.

So where are we now? In a pretty interesting place. With Amazon.com getting permission from labels to sell DRM-free music, it will be interesting to see how this unites consumers and allows the realization of truly cross-platform files. Why the labels have snubbed Apple is beyond us, however it may have to do with Steve Jobs' strong-arm tactics and incredible ego (we can always hope, anyway).

DRM-free music is the future and will open up the market to enable more manufacturers to produce cheaper, smaller, faster, better MP3 players that don't simply work with a single prescribed music service. Competition is good and we're glad the music industry seems to be waking up to the fact that reactionary lawsuits are NOT a good way to make money. You have to be proactive, not reactionary in order to grow your business.

Perhaps they're tired of hemorrhaging sales and are ready to think out of the box.

If you use a lossless format you can cut the storage requirement in half but then you have to decode them to WAV if you want to edit them, play them, or burn them to a CD. In many cases that is an additional step that has to be done outside of the program you are using to edit, play, or burn…so I don't bother with it.
stratman posts on March 06, 2008 11:06

Clint DeBoer, post: 384779
Wow, you should consider nearly halving that storage requirement with one of the lossless formats.

I know, I'm just a sucker for WAV, and I have tons of space in my RAID unit. This PC is a music server only, it will be relegated to my new kitchen (hidden in cabinetry) and will supply whole house audio.
Pyrrho posts on March 06, 2008 10:59
I'll never stop being a physical media dinosaur. Even if they put everything ever recorded online, and even if it were all at the best fidelity ever released, and even if I did not have to pay again for what I have already paid for, there are still times when one might be away from access to it, or have a problem with one's connection. I also don't want to have to wait for a computer to boot up in order to listen to some music (not to mention, having the possibility of a computer virus making it impossible to listen at all at some point). I know, some of these problems can be overcome by having it already downloaded into one's ipod (or its equivalent), but I do not want to lose my entire collection based upon the failure of one or two devices, either. And if you now say, create an additional backup, I will say, what do you think CDs are? With a backup, we are back to having something physical, regardless of whether it is a CD or not.

I don't care if some would call me a “Luddite”, there are just too many advantages to “old-fashioned” CDs to give up. I also still prefer books over reading on a computer, as they, too, have many advantages.
Clint DeBoer posts on March 06, 2008 09:25
Wow, you should consider nearly halving that storage requirement with one of the lossless formats.
stratman posts on March 06, 2008 08:49