Music Sales Down for 7th Year 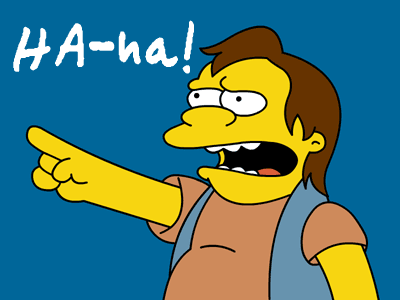 Music sales went down globally for the seventh straight year, with 2007 marking a sort of ramping up of the downturn, according to London-based International Federation of the Phonographic Industry (IFPI). Physical music shipments dropped by 11% to $17.5 billion last year while distribution through digital channels such as mobile services and online music stores jumped 85% to $2.1 billion (and this doesn't account for downloaded ringtones for cell phones).

IFPI CEO John Kennedy reflected that the results "reflect an industry in transition." The trouble is, does the industry recognize it, and are they going willingly? As sales decline in the US (7.3%) and the UK (6.7%) piracy seems to be the entity receiving all the blame.

Offsetting the global decline are a handful of countries (including Japan, India, China, and Russia (if you can believe that) which posted growth during the year. They only include one of the top ten markets, however, which include the US, UK, Germany, France, Canada, Australia, Italy, Spain and Mexico (Japan is also part of this group).

Online sales are in steady appreciation while physical sales continue to decline through the reduction of physical store space by retailers like Wal-mart. It's an interesting trend to see the blame leveled consistently at illegal downloads, with blame rarely if ever, falling on the music industry itself - which seems to be self-destructing under it's own inability to adapt and allow for artistic expression. Suing deceased grandmothers is probably not going to result in a stabilization of the industry. If the RIAA doesn't start being proactive in the non-lawsuit side of the business this decline will continue, with executives shaking their heads in clueless wonder at how additional lawsuits didn't turn them more profits.

Read the Complete Thread
MDS posts on July 09, 2007 02:55
I tend to agree. Althought in the past I have used IRC to dowload music, I did so mainly to build a list of music I want to own and then spent months and several hundred dollars to find compilation discs that had the individual songs I want.

I want to own the music. I rip the discs and keep the uncompressed WAV as well as transcode the WAV to MP3. I buy music but once I own a legitimate copy of it, I should be able to do with it what I want. I will never make my collection available for anonymous strangers to download free of charge.

I understand the argument that most albums have only a few good songs but that doesn't justify downloading it for free. How about paying for the few songs you do like?

I've found that over time I tend to like many other songs than the few I originally purchased the album for. Now if CD prices were more reasonable more people would pay for content, but in my case I tend to look for older music which is cheap anyway (compared to prices for new releases which are mostly gangsta rap that I don't care for at all).

Sooner or later the RIAA will recognize that ‘collectors’ are willing to pay for the music they want to own and will get rid of the DRM crap. There will always be those that think music and movies should be free, but you shouldn't penalize the legitimate consumers to protect against the few bad appples that think it's ok to pirate music because they don't have the funds available to purchase it.
hemiram posts on July 09, 2007 02:19
All I want to do is be able to make backups to put in my truck. If I can't copy it, I'm not buying it, and I sure as hell am not paying 18+ bucks for it. I think the most I've paid recently is about 12 bucks to replace an old CD that I dropped and somehow cracked. I would rather just download individual songs at a buck a pop, since most “albums” are mostly filler with a couple of good songs anyway, just like always. If I can copy it, and it's a lossless copy, I'm there, if there's DRM, forget it.

I haven't bought new material in years, maybe 5 or so.
jvm051 posts on July 08, 2007 21:04
First thing is, that SACD is basically dead, with the exception of people that post and read websites like this one, most people still don't even know what SACD is. I would guess that more records were sold then SACD's in the last year. People want there music to carry with them, regardless of sound quality. One of the other reasons I think sales are way down, is the music that is being making it out there. I am a fan of all different types of music, but pop and music in general sucks right now. Take a look at the Billboard Top 10. The #1 song by Rihanna, the Umbrella song, to me sounds like she is having a seizure. Then you have Fergie, and Avril Lavinge, and a few poor excuses for Hip Hop, that gives all good Hip Hop a bad name. So without quality music, why buy a CD. Give people good music, that does not follow the same formula, and people will buy. 30 years from now, regardless of what format comes out, people will still be buying the Beatles, Metallica, Beastie Boys, Mozart etc. Rihanna and Fergie, will be just like Pepsi Clear with folks wondering what they were thinking. Just my $.02
jonnythan posts on July 08, 2007 15:15
SACD would be broken within days if they were to become playable on PCs.

What do you mean “how would this work?”. It would work just like it did and does with LPs … buy it, play it, make a tape or digital backup if you want, give the tape or digital copy to friends if you want … So what. If I buy something, I own it and I should own the rights to make copies. Period.

Obviously you have little regard for the recording artists and the companies that employ people to record and distribute the performances for you. A good college level course in economics might be a good move for you. It might help improve your understanding of business and investment. Piracy is stealing. Period.