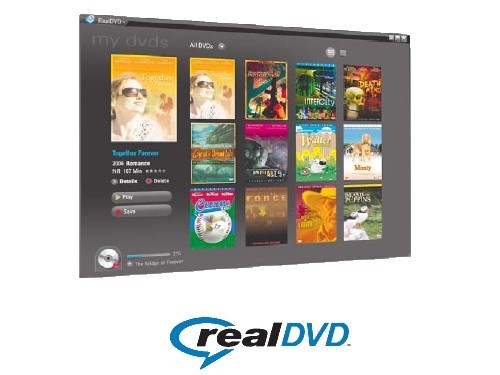 A court case has just begun that could have deep implications into copyright laws. Representing major Hollywood studios the Motion Picture Association of America (MPAA) could put Fair Use in jeopardy if it gets its way. The studios group wants the court to find a DVD ripping application guilty of violating the Digital Millennium Copyright Act.

The case hinges on an agreement between RealNetworks and the DVD Copy Control Association which handles the content scramble system (CCS) that prevents anyone from copying Hollywood movie DVDs. RealNetworks created RealDVD, a $30 application that lets users back-up DVDs to their computers. RealDVD believes this falls under the category of Fair Use. In fact, RealNetworks believes this could increase DVD sales.

Last October the MPAA won a temporary injunction that prevented the sale of RealDVD. Hollywood believes people will use the software to conduct the old rent-and-rip and then share their ripped DVDs across the Internet.

What’s worse for the MPAA is RealNetworks has been planning to license its RealDVD system to consumer electronics companies who could build players that could easily make digital copies of DVDs, even those encrypted with CSS. RealNetworks says it already had a working prototype player that used the Linux operating system and at least one consumer electronics manufacturer is interested in building a device armed with RealNetworks technology pending the outcome of this case.

Studios just don’t want you ripping your discs. Not only does the MPAA want to prevent DVD piracy they don’t want to threaten other online business models.

The movie studio’s legal arm has come a long way in approving streaming and file downloading through services like Hulu, iTunes and even Netflix. But Hollywood fears its business model with the major online movie sources could be at risk. If people started renting-ripping-returning and then sharing across the Internet new online revenue sources could dry up.

So, the studios represented by the MPAA are in court to lay the claim that RealDVD (on computers or as a standalone hardware device) violates the DMCA by decrypting CSS.

Greg Goeckner, executive VP of the MPAA said: “Our objective is to get the illegal choices out of the marketplace and instead focus constructively with the technology community on bringing in more innovative and flexible legal options for consumers to enjoy movies,”

Bill Way, the vice president and general counsel of RealNetworks has a different idea: “The movie industry wants people to buy DVDs and so do we,” he said. “They have a real problem with piracy, and we are not that problem. I don’t think our product will make the problem one iota bigger. I think it gives people an opportunity to make digital copies of their movies in a legal way.”

Get ready for another battle to reinterpret the DMCA. The old digital copyright policy law protects Fair Use as outlined in the precedent setting Sony vs. Universal which was over VCRs recording TV shows. It was found back in 1984. The Supreme Court ruled it wasn’t illegal to copy TV shows for the purpose of time-shifting.

The Digital Millennium Copyright Act of 1996 criminalizes digital sharing of copyrighted material. There’s a fine line between Fair Use and DMCA the starts and ends with personal use only. If you’re copying for your own use it’s fair, but the minute you share you’re breaking the law.

The DMCA is rather broad in that also includes criminalizing any effort to circumvent Digital Rights Management (DRM). So, if the studio decides to add DRM and you decide to decrypt it for purposes outlined as Fair Use - are you breaking the law? That’s been a long standing controversy and what will be at the root of this upcoming court battle between RealNetworks and the MPAA.

Why do you think studios are pushing for a media-less distribution scheme where they can constantly update the encryption method?

You know, every time I read an article like this, I have a strong urge to illegaly copy something. Stupid RIAA MPAA borgs.
jinjuku posts on April 28, 2009 21:21
From the EFF Website:

“Anticipating Real's claim that its technology facilitates fair use, the studios also insisted that fair use never excuses digital copying of a DVD, and that they have a right to be paid for every additional copy made. As the attorney for the DVD-CCA put it: ”DVD-CCA doesn't license copying."

I would like to mention to that attorney: I didn't enter into a license with the DVD-CCA. Even the FBI warning at the beginning of a DVD is nebulous at best.

Another thing to mention to the Attorney: I am purchasing a ‘singularity of use product’. As long as I don't go outside that singular use (that is no concurrency copies) then I am within my rights as ‘Sale of First Doctrine’. I can loan or sell my copy without fear of judicial reprisal. Where one would step over the line is keeping a ‘copy’ for themselves. Which people are already doing. Why do you think studios are pushing for a media-less distribution scheme where they can constantly update the encryption method?
sparky77 posts on April 28, 2009 20:46
We all know the movie companies don't want us to be able to make copies of their movies in any way shape or form. It's a miracle they haven't sued anybody for making a photocopy of the top of a dvd yet, so of course they don't want us to make backup copies of dvds even for personal use. If our kids ruin our dvd's we have to buy new copies, and more money for the distributors.