Does OnLive Mean Game Over for Consoles? 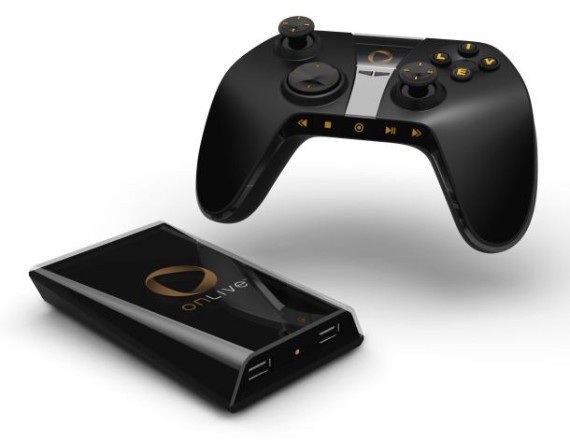 A new Palo Alta company wants to stream video games the way Netflix streams movies. OnLive will allow you to play current video games with all the latest eye-candy graphics. But a Cloud Computing solution for gaming sounds destined to appeal to casual gamers only. When it comes to some California start-up wanting to take away my console's processing I have only one thing to say:

Would you pay a monthly fee for access to the latest games available over your high-speed Internet connection? OnLive is a tiny box not much bigger than a portable gamer that plugs into your TV and network. Along with this diminutive dumb-terminal you get a controller that looks Xbox 360-style.

If you’re more comfortable with gaming from your PC you’ll have the option of installing a lightweight application. You’ll be able to play the latest games (with normally steep system requirements) through an old laptop using no more than a browser. It sounds brilliant!

The OnLive plan has games being played on a remote array of processors – you’re just plugged in over the Internet. No installs, no load times and no need to upgrade the console. You’ll have the option of renting the game or buying it outright through your OnLive subscription.

OnLive says you’ll get access to the absolute latest games. The company has signed deals with some big game publishers like EA, Take Two and Ubisoft. A few of the game titles set for launch include Grand Theft Auto IV, Crysis and Mirror’s Edge.

According to the most recent previews of the system setup and configuration is a snap. It’ll include community features allowing you to play with friends online like Xbox Live or PlayStation Network. It even has a strange feature that lets you take a ten-second snapshot of your game and send it to friends. The clip-share feature will be handy but only if you can send along a personalized message like: “Boo-Yah!”

There remain unanswered questions about the OnLive experience. What will it cost? Will the system get overloaded during peak usage? What about lag when you’re playing a friend on the other side of the continent?

The biggest sticking point to this whole gaming experience is the fact that it all hinges on your Internet connection. The company can claim all the high-end compression algo-mojo it wants but lag is just a fact of life with the current state of high-speed Internet.

Is this the future of gaming?

Okay, so let’s assume this technology isn’t going to blow the doors off the latest home consoles. Processing technology is constantly advancing and more importantly getting cheaper all the time. Communications technology, from the hardware in your home to the infrastructure at your zip code, takes considerably longer to upgrade. But could we be looking at the future of gaming?

“...there is a definite “convergence” of other devices such as set top boxes. There’s hardly any technology difference between some hard disc video recorders and an Xbox 360 for example. In fact in 5 to 10 years I don’t think you’ll have any box at all under your TV, most of this stuff will be “virtualized” as web services by your content provider.”

It’s very likely that given the explosion of the casual gamer, we could see large numbers buying into this type of cloud gaming system. Sure, it might not be for those who like to tweak and overclock. But Wii has proven that the casual gaming masses can combine for overwhelming success of a decidedly un-serious gaming system.

So, it quite possible that a system like OnLive could be a commercial success. But there will still be a market for us dinosaurs that prefer our pixel-pumping processing power blistering fast and best of all – local.

Hipnotic4, post: 544807
The games do not look “low res” at all..and im sure they are taking into account the various internet speeds..This looks very promising..

cwall99, post: 544519
Several years ago, the gaming industry surpassed Hollywood in terms of grossing $$$. And that was prior to being able to connect with other gamers via XBox Live.

Couple that with what's always pushed computer development…. well, not always, but it seems to me that the graphics and processing demands have always made gaming PCs among the most elaborate and powerful machines out there.

In short, high performance matters to gamers, and to expect them to play a low-rez game with crappy response times is just plain ludicrous.

And I'm not even a gamer.

I suppose the argument could be made that this system would be better for casual gamers, similar to the gaming population that the Wii has attracted. It doesn't look like the company is targeting their product towards that group of consumers, who might be more forgiving of such short comings.
cwall99 posts on March 28, 2009 06:51
Several years ago, the gaming industry surpassed Hollywood in terms of grossing $$$. And that was prior to being able to connect with other gamers via XBox Live.

Couple that with what's always pushed computer development…. well, not always, but it seems to me that the graphics and processing demands have always made gaming PCs among the most elaborate and powerful machines out there.

In short, high performance matters to gamers, and to expect them to play a low-rez game with crappy response times is just plain ludicrous.

And I'm not even a gamer.
Seth=L posts on March 27, 2009 21:27
The consule/pc gamers are far from being affected by something of this magnitude. If it's not in Japan yet it's unlikely we will see anything of the like for some time. Japan is most definitely the best connected country in the world in terms of networks.
Post Reply