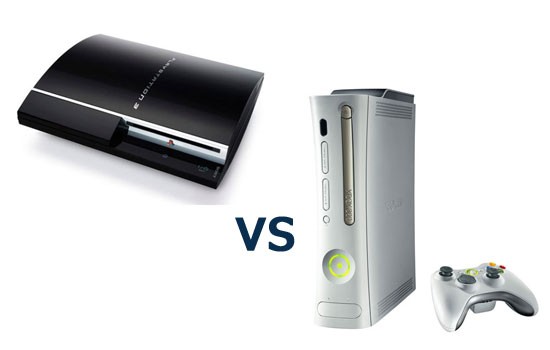 Fresh jabs were delivered from the Sony camp directed squarely at Microsoft’s jaw. Sony Computer Entertainment chairman Kazuo Hirai did his best Nikita Khrushchev impersonation in a talk to PlayStation Magazine. He expressed his view that PS3 has history on its side and will be around to bury the Xbox 360 after it’s long forgotten. Ironically, he also stated his company’s position that the Wii isn’t even a competitor to PS3. So, if Wii isn’t a video game console what does Hirai propose it is, a sort-of gamey-machine-toy-with-a-stick?

Hirai made critical statements of Microsoft’s Xbox 360 and then conveniently sidestepped the Nintendo issue by saying:

“It's difficult to talk about Nintendo because we don't look at their console as being competitors. They're a different world...”

Hirai reflected on Sony’s classic stance that PS3 is in it for the longer haul than Xbox 360:

“…with the Xbox - again, I can't come up with one word to fit. You need a word that describes something that lacks longevity… Last time I checked, they've never had a console that's been on the market for more than four or five years and we've committed to a ten year life cycle, so you do the math.

"And unless things go really bad," added Hirai, "there's no way that at the end of a life cycle our competition is going to have a higher install base.

Bold words from the company that has taken a beating in this generation’s console market. Sony has been hemorrhaging funds since the launch of its high-priced gaming machine. Public opinion has concluded that affordability trumps features.

Is there something to the longer term game plan of Sony?

I’ve been an Xbox 360 from the start. But over the holidays Santa Clause (okay it was really just me) got me a PS3 for Christmas. Now I am in the decadent situation of having both consoles straddle my home theater system.

I have to admit that Sony’s PS3 is a far finer instrument than the Xbox 360 and should last much longer than Xbox 360 in terms of hardware.

If I fire up the PS3 I barely know it’s on. The same cannot be said for Xbox 360 which whirs and sputters with fans and a very noisy disc drive. I’ve already sent back two of Microsoft’s failed gaming machines to the manufacturer for repair and the last one which I still currently own came back with a broken USB cover on the front face plate. It’s a minor annoyance that doesn’t affect the machine’s operation, I’ve decided to live with it rather than deal with those robots at Xbox support. $60 per-year these days - you get what you paid for. The biggest annoyances with PSN include the inability to send/receive chat or game invitations while in-game. The other is the inability to perma-mute annoying kids on PSN. Sure you can mute when the game finally loads but once back into the lobby you’re back to hearing that annoying kid again. It makes me appreciate Xbox Live’s ability to perma-mute any account so you never have to hear them again, unless you choose to undo your audible ban.

Hirai is wrong not considering Wii a legitimate console. You have to admire Nintendo’s business sense in the market to be able to revolutionize it so completely that one of its competitors doesn’t even recognize the product as a competitor.

That said I don’t own a Wii. If I did it would probably go unused save for a rare occasion I had a few friends over and we got into the fire-water cabinet. But I’ll play a bit of my current favorite (PS3 or 360) game almost every day.

As a recent dual console owner I’m here to tell you there is no clear best, both have advantages. I’m not getting sucked into an editorial war-of-words between Xbox 360 and PS3. But I find it distasteful when executives of any company feel the need to bash another company’s product when they should be pitching the strength of their own.

Read the Complete Thread
strube posts on January 24, 2009 13:18
Sony has always considered the consumer to be a fool and an enemy (CD rootkits, draconian blu-ray DRM, this trash-talk marketing ploy, the list goes on). Their ego is such that they assume people will give them money for their (often inferior) products because of their name, and unfortunately, they are mostly right. I am pretty glad the PS3 sales are struggling. I have nothing against the console, just the company, and many of their other products .
jliedeka posts on January 23, 2009 22:59
Maybe the Xbox 360 sucks but I'm enjoying the huge catalog of fun games. Where are the compelling games for PS3? Guitar Hero, puh-lease, I have real guitars. I've played the hell out of Mass Effect, Oblivion, Prey and several other 360 and old Xbox games.

I suppose some of those titles are available on PS3 but I don't live for video games and Xbox 360 has more than enough games available to keep me busy when I am in the mood. I considered getting a PS3 but I was hard pressed to find any games for it I wanted that weren't already out for the 360.

As for the ps3 having a 10 year life cycle, doesn't that seem long. just think of today's games playing on a 10 year old computer. all the 360/ps3 is these days is a computer.
abboudc posts on January 21, 2009 20:04
Sony's arrogance is a big reason why they're in third place this generation.

cym_city, post: 512284
Mario Galaxy is one of the most enjoyable games I have ever played. When I got it I couldn't get enough of it. Definately one of the more creative games available.

One advantage that I give to the Wii is the ability to purchase and play your old games from previous outdated systems. The first thing that I did when I got my Wii was download the original Metroid and Zelda. I probably would have bought the console for that feature alone. With the PS3 don't you purchase one of the more expensive ones to get compatiblity for the PS2? If I want games with good graphics, I'll play on my PC. That's not saying that I wouldn't want a PS3, but I refuse to pay that much for any gaming console unless it can cook me breakfast in the morning, make my coffee and let me dog.

I watched my wife's brother play Mario galaxy and it looked like the dumbest thing I'd ever seen. It was pretty funny watching him swing his little lasso around in the air though.

I originally bought my PS 3 so I'd have backwards compatibility, but I don't think I've ever played a PS 2 game again. If I wanted to play old games, I'd still have my PS 2 hooked up.
Post Reply