Metal Gear Solid 4: Will PlayStation 3 Finally Get its Halo 3? 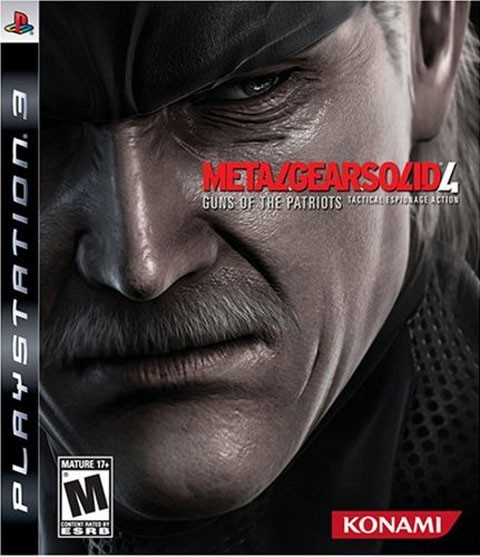 Sony Computer Entertainment has a lot riding on the next mission of the Metal Gear series. Not only does the game’s protagonist Solid Snake have to deal with defective DNA causing him to age prematurely, Solid’s real mission is to bulk up sagging PS3 sales.

The fourth installment of the PS3 exclusive stealth-action series produced by Konami was just released Wednesday. According to the game’s creator Hideo Kojima, MGS4 is to be the last in the series. But you should take Kojima’s statements with a grain of salt. Longtime fans of the franchise will remember he said the same about MGS3.

The MGS franchise has sold more than 22 million copies for various iterations of PlayStation over the years. Because the new game will not be available on competitor’s machines like Microsoft’s Xbox 360 and Nintendo’s Wii, Sony hopes this will be the best selling MGS yet.

Currently in third place within the multi-billion dollar console games industry Sony desperately needs its Halo 3. Worldwide sales numbers check out like this:

The biggest gap is between the second and third position and Sony hopes to catapult its sales into the lead. PS3 boosters insist that because of its more inclusive technology and slightly higher price, Sony’s console is in it for the long haul. They see sales of Wii and Xbox 360 as having peaked where PS3 sales are just getting started. The time to finally strike with PlayStation 3’s killer app is now. 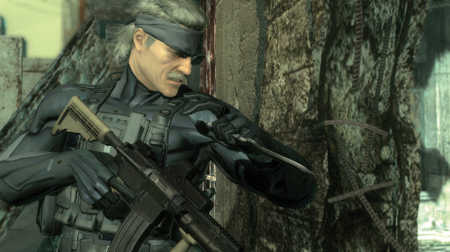 Can Solid Snake Save PS3?

For Xbox 360 the killer app was widely seen as Halo 3. According to NPD Group, Halo 3 sold 3.3 million copies in the US in the first 12 days alone. 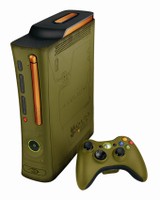 A special edition Halo 3 Xbox 360 console was even minted for the Halo 3 hype machine. It’s not surprising that Microsoft might have believed too many aggressive pre-sales predictions over Halo 3. The Special Edition console in Spartan green was to be a limited run but as it turns out they’re still plentiful anywhere Xbox 360 is sold. This is partly because they produced too many but also because of subsequent upgrades to Xbox 360 hardware.

Worldwide Halo 3 sold more than US$300 million in the first week. Its sales were so successful it helped to more than double sales of Xbox 360 compared to the average week before the launch of Halo 3.

Sony believes Metal Gear Solid 4 has potential to push gamers over edge and upgrade to PS3. Sony Computer Entertainment is looking for MGS4 to provide the estimated 48 million PlayStation 2 owners an excuse to upgrade to the new system.

"For us, Metal Gear is arguably one of the most compelling and valuable exclusive titles we have," says Peter Dille, Senior Vice president of Marketing for Sony’s PlayStation. "It's one of those games people wait for years to play. It has never disappointed."

If Konami and Solid Snake feel there’s pressure to move units of PlayStation 3 this summer - here right! But the good news for Sony is that Snake isn’t alone. Another highly anticipated PS3 exclusive looms near, Final Fantasy XIII PS3 exclusive expected by the end of this year. Despite rumors to the contrary, FFXIII will remain a PlayStation 3 exclusive.

gus6464, post: 423324
IGN had posted in article in february of this year with a Rockstar rep and he was asked how far along they are coming with the game. The rep said that the PS3 version was already finished and they were just having issues with fitting the game on a dvd for the 360 version. All those other articles about PS3 delaying GTA4 were from october of last year.

“Apparently the lack of a built-in Blu-ray or HD-DVD drive in the Xbox 360 means that the year and a half old console is already starting to feel growing pains. In an interview with Official PlayStation Magazine, Rockstar creative VP Dan Houser was asked, ”On PS3 you've got a guarantee that every machine is going to have a hard-drive and, with Blu-ray, you've got plenty of storage, whereas on Xbox 360 there's no guarantee of a hard-drive and you're working with the DVD format. Does that create limitations?“ His answer? ”Yep.“”
From http://www.joystiq.com/2007/05/02/xbox-360-cant-handle-all-of-gta-iv/

If you'll remember one of the issues with previous iterations of GTA was the fact that you had crazy loading times everytime you switched islands. Rockstar saw a chance to save that to the hard drive with the PS3 to improve access times unfortunately, with the Xbox360, there is no guarantee that every owner has a hard drive.
Grimfate126 posts on June 16, 2008 19:51
i love this game…

been playing for 10 hours, and im only on act 3 breifing o.o

the most complicated story to exist in the world, and yet the most interesting. now i just wish i had OctoCamo…
j_garcia posts on June 16, 2008 17:50
MGS faces one additional obstacle: bringing in new players. Yes there is a lot of hype, but most people don't have any idea what this game is about or that the franchise has been around for so long. The audience is large, but not as wide reaching among all gamers and is definitely not for casual gamers due to its complexity of story and to some extent the gameplay, which can be time consuming and requires a fair amount of thinking vs just run and gun. It is easily one of the best series I've ever played, but they are not really geared towards a mass audience IMO. Will it sell systems? Probably.
gus6464 posts on June 14, 2008 18:41

abboudc, post: 423312
Where did you get this info? All the “early looks” at the game for magazines, reviewers, etc indicated the opposite…insofar as the early demos, etc were all shown on the 360 with a note saying the ps3 version would be identical.

Anyhow, this is about MGS4, not GTA4. MGS4 is a great game, no doubt, in fact it's one of the reasons i bought a PS3. My PS3 was getting a bit dusty

I'm not sure it has the “reach” of Halo though…Halo's main draw is online and it has some staying power there. MGS4's main draw is it's single player campaign, which skews more hardcore, as it's not a pick up and play sort of game, nor will it have the legs of Halo. Lets hope it sells a bunch of consoles and is followed up by more great games in the near future – God of War 3 comes to mind, and for those of you that don't have a 360 or haven't played it, BioShock is awesome and coming later this year.

It's certainly a work of art, and IMO easily the best the PS3 has to offer thus far. Graphically it's beautiful, the story is engaging, and the acting good.

IGN had posted in article in february of this year with a Rockstar rep and he was asked how far along they are coming with the game. The rep said that the PS3 version was already finished and they were just having issues with fitting the game on a dvd for the 360 version. All those other articles about PS3 delaying GTA4 were from october of last year.
Post Reply