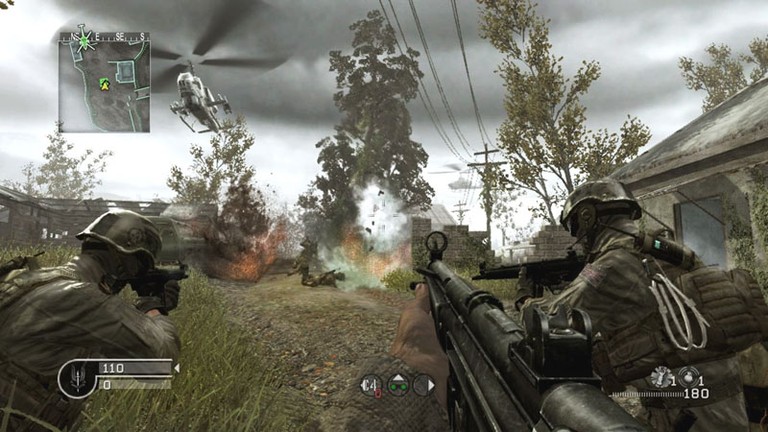 Infinity Ward, designers of Call of Duty 4, put daily numbers of players engaging in Call of Duty’s multiplayer experience on Xbox Live! around 1.3 million per day. The game’s producer Mark Rubin gave away the numbers in an interview last week and added that the incredible rate of online play has been steady for two to three months.

He also revealed that Call of Duty 4 multiplayer numbers on PS3 and PC are also known to be very high as well but neither format can provide solid numbers. We can’t say for certain it’s the top multiplayer game for PlayStation 3, Rubin could only call PS3’s numbers “monstrously huge”.

The numbers of players engaging in modern combat on Xbox Live! is only about to intensify as Infinity Ward unleashes its new multiplayer map pack, available for download NOW. Xbox Live! members can now download new maps for Call of Duty 4 frag-fests for just 800 Microsoft Points. They were just made available to the public this morning (Friday April 4) at around 10 am EST.

Be on the lookout - my Xbox Live! gamer-tag is Epicondylitus and you might see me there if I don’t spot you first.

I am not a “good” player by any means. I generally get killed more than I deal respawns to my opponents. But I keep it fun.

If you think what opponents are doing is terribly predictable, then you have an advantage. There is an antitode to every tactic. Even that big map, the Creek where everybody has to be a sniper and you can't move around in that valley.

Just use an assault rifle and RPG and clear out the nesting spots.

I'm pretty easy to please when it comes to games I guess. I see it as a product. They sold it, I bought it, either I like it or not. I do not buy a product predicated on what that company will or will not do to improve the product after my purchase. Anything they do is golden as far as I'm concerned. The no-hassle mulitplay on Live is a Godsend as are any expansion maps.
j_garcia posts on April 04, 2008 15:35
Well, when everyone knows the current maps so well, it isn't any fun either. That sucks, because we usually play Free For All….
BG3 posts on April 04, 2008 15:34

The support for this game from Infinity Ward is dissapointing. If it weren't for Gran Turismo and Blu-Ray, I almost wish I'd have stuck with playing FPS on the PC. Of course, the cost and the cheating are much worse on a PC…
HiDefGuru posts on April 04, 2008 13:56
I'm off to download!

Anyone wanna play, my tag is “Callsign SWITCH”
j_garcia posts on April 04, 2008 13:20
Anyone know when the new maps will hit the PS3? Online only?
Post Reply