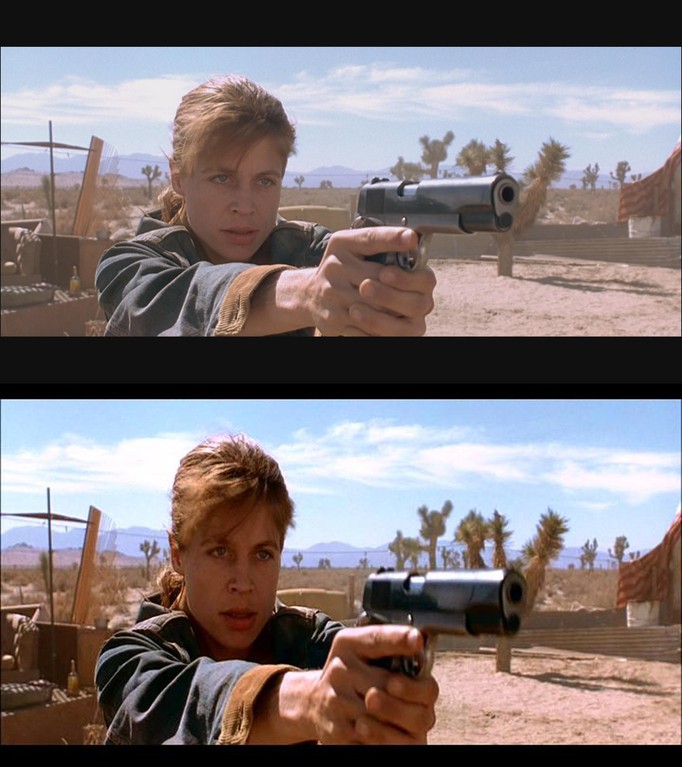 According to NPD Group, Blu-ray is muscling its way into mass market acceptance. The format was kicking disc and taking names in the first quarter of ’09 with standalone player sales growing by 72 percent in the US. That’s 400,000 more “standalone” players in homes than the same quarter last year. But I wonder if by standalone player NPD Group includes PlayStation 3?

NPD released its Blu-ray Report for March 2009 and it concluded that BD awareness in the US has reached 90 percent in the past six months. The increased numbers over last year’s first quarter amount to a 14 percent increase in dollar sales of Blu-ray devices. That pushed Blu-ray player sales up to $107.2 million according to NPD’s retail and Point-of-Sale tracking service.

It didn’t take a Ghost Whisperer to predict that cost is a factor to mainstream acceptance, I’ve been hearing it all along in our forums. NPD’s numbers support this contention. It seems that roughly proportionate to the rise in acceptance is the decline in price.

Data for NPD’s “Blu-ray Report” was collected via an online survey of 6,994 consumers, which was fielded from February 25 through March 6, 2009. Final data for the nationally representative sample was weighted to represent the U.S. population of individuals age 18+.  All findings are statistically tested at the 95 percent confidence level.

In case there is any doubt, these NPD boys (and probably girls – no gender bias here) do their homework – the official Blu-ray Report even has a sequel. NPD BD Report Update says consumers that have stated they intend to go Blu sometime in the next six months expect only to pay an average price of $214 per player.

“The leading driver of Blu-ray purchase intent is recommendations from friends, family or co-workers,” said NPD’s entertainment industry analyst, Russ Crupnick.  “Blu-ray’s superiority used to be difficult for many consumers to grasp, but when friends rave about it, or demonstrate Blu-ray in their homes, they are selling the benefits in a way that is far more effective than simply viewing an advertisement or seeing it demonstrated at a retail store.”

It seems John Q. Public is most swayed into BD acceptance by word of mouth. When your no-tech buddy is trying to understand of what 1080P resolution and … ho hum… hi-res audio codecs are and why they make for a more compelling viewing experience it’s YOU that influences him the most. Advertising, in-store demos and schlocky BD-Live content features add up to a hill of beans compared to you blowing your pal’s mind with that aerial fight scene on your copy of the Iron Man Blu-ray disc.

Keep up the good work Audioholic Blu-ray fans… we’re getting the message through loud and clear.

Read the Complete Thread
MatthewB. posts on May 10, 2009 20:20
I actually buy my Blurays not for the better picture quality, but the far superior lossless audio. I am an audioholic first and although the PQ on Bluray is outstanding, I feel the sound is leaps and bounds better than standard DVD and my ears can hear the tiniest nuances when it comes to sound. In fact when I was watching X-Men 2 on Blu (a movie I have watched alot of times on DVD) I heard so much more and actually saw a few things that the DVD didn't show.
j_garcia posts on May 10, 2009 15:49

PhillyDan1969, post: 564101
I hate this argument of comparing prices now for BD vs. when DVD came out because there isn't any comparison!!! When DVD came out, and I was an early adopter, VHS tapes were expensive (because they cost so much to manufacture) and poor quality compared side by side with the advanced features of DVD!!!

This is not the case now!!! DVD is still a cheap alternative, especially if you want to buy new release films every Tuesday which I normally spend about $16.99 on unless it is a 2-Disc edition and the quality differences are hard to justify when you factor in great upscaling DVD players!!!

I know I can find cheap Blu-Rays, unfortunately I have a large DVD collection (just under 1000) and I will not double dip for a Blu-Ray unless I consider the movie to be really worth it, so I prefer to buy mostly new releases and you don't find cheap or on sale new release Blu-Rays!!!

So argue all you want about bargain hunting for cheaper Blu-Rays, they are hard to find unless you are wanting older catalog titles!!! I can buy Benjamin Button on DVD right now $16.99, how much will the Blu-Ray disc cost me???

I don't really follow your argument… The quality is clearly superior, but you aren't willing to pay a little more for it? I was a first generation early adopter when DVD came out because it was obvious to me that VHS was a thing of the past already, and I had a fair number of VHS at the time with a decent HT - the difference was very noticeable both in audio and video, so I fail to see what you are getting at? I stepped up to DVD for a reason, and now BD for the same reason. I don't disagree that DVD is a cheap alternative, but I would prefer to purchase the higher quality version of something rather than spend a few dollars less just to have it and have it at a lower quality.

As was already mentioned, Benjamin Button with similar features costs about the same as what the BD with all those features and more plus superior audio and video does. Seems like a simple choice to me. For movies that I don't need to own, there's Netflix.

jostenmeat, post: 564603
Even if it wasn't spectacular, I would think that $3 is a very large ROI on resolution alone. doby blue has pointed out before that the % difference in vertical lines of resolution is greater between bluray and DVD, than between DVD and VHS.

Don't forget about HD Audio also
That to me alone is worth the extra $3.

PhillyDan1969, post: 564101
So argue all you want about bargain hunting for cheaper Blu-Rays, they are hard to find unless you are wanting older catalog titles!!! I can buy Benjamin Button on DVD right now $16.99, how much will the Blu-Ray disc cost me???

bootman, post: 564440
$17 for the single disk edition, yes.
The two disk DVD version (the content equivalent to the bluray) is virtually the same price as the Bluray (~$25)

Interesting to me that there is a cheaper alternative available with the “single disc” version. I wonder how often that will happen with titles that are released on Criterion. Directly from Criterion's website:

Criterion’s Blu-ray editions will generally be priced to match our DVDs. It makes sense to us: High-definition mastering and restoration has been a part of our DVD production standard for years. And for our customers who might be on the fence about whether to buy DVD or Blu-ray, we thought the best thing we could do was take price out of the equation

As it happens, the two disc set is still $3 cheaper at Amazon. But, from the cursory research I've done on this title, the BD is supposed to be spectacular. Even if it wasn't spectacular, I would think that $3 is a very large ROI on resolution alone. doby blue has pointed out before that the % difference in vertical lines of resolution is greater between bluray and DVD, than between DVD and VHS.