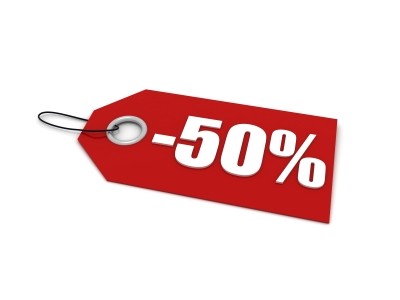 What do Panasonic, Philips and Sony have in common? The companies are all Blu-ray patent-holders and now they want to pimp the format by dropping cost and simplifying licensing. But they need other patent holders on board to create a one-stop shopping experience for any company that wants to license all the patents required to manufacture Blu-ray products. They hope the results will be price reductions for players and discs not to mention a renewed consumer boom to the format.

The plan is expected to come together sometime in the middle of this year. The license program is to be offered by an independent company that will cover all the essential patents required not only for Blu-ray but also for DVD and CD.

Gerald Rosenthal is the former head of IP at IBM and CEO of open Invention Network. He will lead the freshly minted license organization and offered a quote at a recent Sony press release:

“By establishing a new licensing entity that offers a single license for Blu-ray disc products at attractive rates, I am confident that it will foster the growth of the Blu-ray market and serve the interest of all companies participating in this market be it as licensee or licensor.”

Is that business-speak for Blu-ray stuff will get cheaper? We can only hope.

Here’s an example of the kind of savings licensees and licensors can expect. New Blu-ray player licenses will drop to $9.50 and $14 for Blu-ray recorders. Movie disc licenses should drop to eleven cents and royalty rates will drop at least 40%.

Will we see these savings passed on to us consumers? It should, Blu-ray is still expensive compared to DVD. Sure it’s a significant upgrade to us but most think of it as another upgrade like the one they had to do to get DVD upgraded from VHS.

But comparing the DVD/VHS divide to the DVD/Blu-ray difference is not really fair. The average person who doesn’t know how many horizontal lines of resolution are on his HDTV can’t be expected to get excited about the difference between 480 and 1080P. That means the manufacturers have work to do – starting with cutting prices low enough so Joe-HDTV-Six-Pack can see the difference for himself.

Until then I’ll be limiting my Blu-ray purchases to the bargain-bin so I can still afford that six-pack of my favorite brew.

Wayde Robson, post: 533083
No debate here Jonny, I was wrong to insult the craft of acting.

However, I do stand behind that entertainment (acting and sports) are overvalued in modern society. But I certainly can't say that either are not difficult crafts to ply.

I think this is because you haven't really honestly compared it to other industries. The best engineers make far more than most athletes. And considering that only 1% of Division 1 Athletes even make it to the pros I would say they are definitely not paid too much. They work very hard to be that good. Then there is the physical sacrifice they make to play the games we love. How much would you let someone break your arm for? Think about that. Multiply several times.

How many actors really do that well? Probably less than 1000. That's is a very small number. Again the best of the best make it.

I can guarantee you there are a lot of people that make far more than athletes and actors in other industries.
Seth=L posts on March 09, 2009 01:49

CraigV, post: 532248
I would also like to add…do you think actors will take less pay to lower the price of movies in these difficult economic times?

Since actors don't have pesky wages and the economy dictates pretty much everything I'm sure they will get paid whatever they can be paid based on a profit analysis. Actors and actresses are not immune to economic changes. If they are to get paid the same as they would if the economy wasn't in the stink they media/box office sales would have to be on the incline. Remember that a lot of people watch movies in times of financial distress since many other luxuries are more expensive (such as traveling). I migh speculate that box office sales and media sales will increase if gas prices continue to rise, but I'm not an economic analyst and I know there are far more factors at play than I could possibly extrapolate.
Seth=L posts on March 09, 2009 01:43

CraigV, post: 532222
I entered the fray at the height of the Hi-Def war between BD & HD-DVD. Most people were leaning towards the benefits of BD, so I took the plunge with the Panny BD30.
I for one am really tired of all the nay-sayer whiners that promote & write about the downfall of the format, jut because (likely) their format of choice went belly up.
Like any consumer product, a reduction in price is always a good thing if it will bring more sales.

I wonder if Netflix will stop charging the extra $1.00 per month “premium” for the BD format if prices do come down?

admin, post: 532160
What do Panasonic, Philips and Sony have in common? The companies are all Blu-ray patent-holders and now they want to pimp the format by dropping cost and simplifying licensing. But they need other patent holders on board to create a one-stop shopping experience for any company that wants to license all the patents required to manufacture Blu-ray products. They hope the results will be price reductions for players and discs not to mention a renewed consumer boom to the format.

This corporations making money at the highest levels.

Saint
jostenmeat posts on March 05, 2009 17:08
Agreed, Oldman is incredible. Is that True Romance you're thinking of Wadye? He plays great villains in Besson's movies, and he played this really messed up gay playwright, the movie I can't remember, but I do remember Alfred Molina was acting opposite him, and that guy has incredible range too.

Anyhoo, one of my few small regrets in life is not ever trying my hand at acting. I wouldn't be surprised if I sucked, but I think it would be a lot of fun to try, and very eye opening.

In musical performances, a good performer would be inviting the audience to momentarily join in some other/foreign world. I always thought that a good performing musician had some similarities with a good actor. At the very least, pretending to be confident when you were actually skerred sheetless.
Post Reply