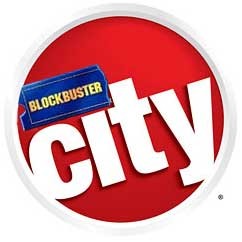 Blockbuster has made an unsolicited bid for Circuit City. Circuit City has acknowledged receipt of the proposal and has advised its shareholders to essentially relax and stay tuned while they evaluate the documents submitted. This begs a few questions: Circuit City has fundamental "questions" of the proposal, but most seem to focus on the viability of the deal and Blockbuster's ability to purchase the chain.

Nobody seems to be considering whether this is actually a good idea or not. That seems to be a very important thing to consider as well and I'm sure the board is, albeit silently, considering this as well.

Blockbuster has offered $6 to $8 per share for Circuit City (up to $1.35 billion). As a result Blockbuster shares are dropping a bit (down 10.5%) while Circuit City shares are climbing (over 50% as of the announcement). Six weeks ago, Circuit City's fourth largest shareholder wanted the company to oust its CEO and put itself up for sale.

What you have are two fundamentally ailing companies who are looking to join up in order to make both companies stronger. The potential downside of course, is that you simply hasten the demise of both, rather through mismanagement or simply via falling behind a changing market.

It is a unique pairing, with both in possession of some incredible real estate and location capital as well as excellent brand recognition. It is very possible that this deal could result in revival of brands, however we aren't in possession of enough information to evaluate which direction the leverage might take.

/not bitter
//ok maybe a little

Hey, good name for the resulting mysogeny!. I give 'em six months.
m_vanmeter posts on April 16, 2008 08:51
the mating dance of two dying dinosaurs, unable to adapt to changing conditions…..and the offspring will be sterile
ChunkyDark posts on April 15, 2008 09:51
Suckfest?

Great, two companys i hate merging into one giant ball of suck.

Geno, post: 401056
Like the article says, both companies have been tanking. I'd sure hate to see Best Buy as the only game in town for a lot of consumers, but you can't stop the free market from weeding out the weak sisters.

That was my reaction to the article, competition for Best Buy, we're lucky down here, we have BrandsMart they sell below BestBuy or Circuit City, I have yet to buy any A/V gear at Best Buy.
Geno posts on April 15, 2008 01:33
Like the article says, both companies have been tanking. I'd sure hate to see Best Buy as the only game in town for a lot of consumers, but you can't stop the free market from weeding out the weak sisters.
Post Reply