Addicted to video games, it’s all in your brain 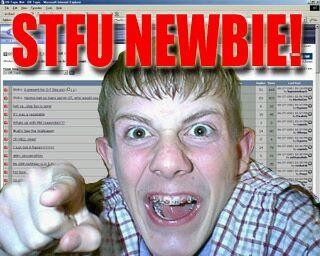 According to recently published research in the Journal of Psychiatric Research, male brain exhibits functional differences that appear to account for the predisposition to video gaming in the gender:

The study, entitled Gender differences in the mesocorticolimbic system during computer game-play, was authored by several researchers lead by Dr. Allan L. Reiss of the Center for Interdisciplinary Brain Sciences Research (CIBSR), Department of Psychiatry and Behavioral Sciences, Stanford University School of Medicine and was available online on January 14, 2008.

Abstract: Little is known about the underlying neural processes of playing computer/video games, despite the high prevalence of its gaming behavior, especially in males. In a functional magnetic resonance imaging study contrasting a space-infringement game with a control task, males showed greater activation and functional connectivity compared to females in the mesocorticolimbic system. These findings may be attributable to higher motivational states in males, as well as gender differences in reward prediction, learning reward values and cognitive state during computer video games. These gender differences may help explain why males are more attracted to, and more likely to become "hooked" on video games than females.

The study included 22 young adults, evenly split between genders, all of whom were asked to play a simple video game given minimal instruction.  The test subjects underwent magnetic resonance imaging while playing the game, which involved acquiring territory, to map brain function.  Both male and female subjects were equally quick to grasp game play and showed activity in similar areas of the brain associated with reward and addiction.

The differences between males and females were in the level of activity in the male brains, which was much higher than that of the female subjects.  The male participants were more aggressive and successful at gaining territory and they displayed an increase in the level of brain activity that correlated with acquisition of more territory that the female subjects did not display.

The results of the study are consistent with widely known demographic data that shows video gaming is more popular among young men than among women.  Dr. Reiss also noted that males are typically more drawn to games based on aggressive behavior and control of territory than females.

While none of the findings constitutes much of a stunner, from the point of view of common knowledge, the study does provide scientific proof to back up that common knowledge.  For those men, young and otherwise, who find themselves compelled to play frequently and into the wee hours despite the criticism of female consorts, of various relational stature, this behavior is now justified with biological grounding; it’s related to who we are as men from our distant past.

Video gaming is not simply the behavior of an immature child-man, as certain female commentators have recently suggested in the press.  This is a hardwired behavior from a time when men were men: dirty, hairy, and on the hunt for large, dangerous creatures using nothing but sharpened sticks, rocks, and their wits.

It’s just that the sticks aren’t so sharp anymore; and they now have buttons and various other controls.  And there is a large TV involved, and a bunch of speakers, and a sundry of other electronics.

Sure beats foraging for berries.