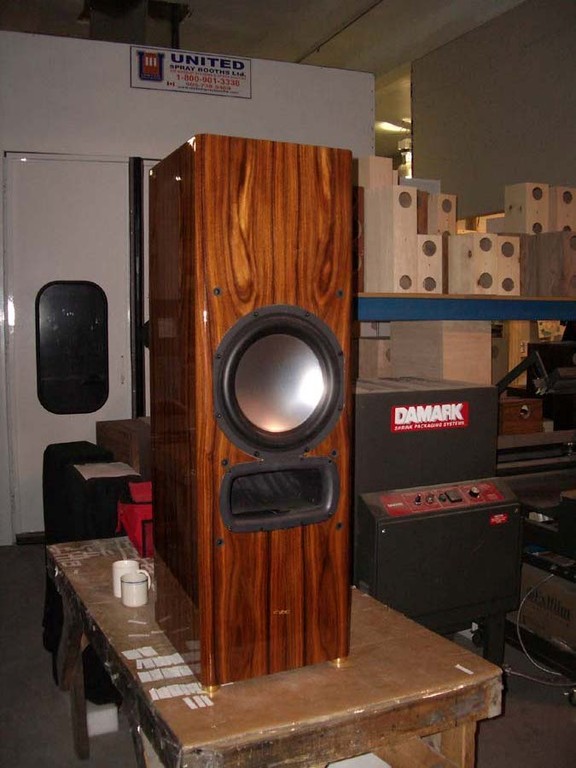 The challenges of accurately capturing the direct sound amplitude response of a subwoofer, especially for the enthusiast who would not likely have access to the facilities or hardware typically available to the professional, are well known and widely discussed in print and online.

In this brief overview, we’ll take a look at a variety of measurement approaches that when correctly implemented can minimize or in some cases altogether eliminate the complicating influence of room\boundary\subwoofer interaction. The scope of this overview is limited to subwoofers only and the amplitude response frequencies range of 10 Hz to 320 Hz.

This is by no means a detailed treatise of the subject. For a more in-depth treatment of this topic the reader is encouraged to read through the resources listed in the bibliography. An anechoic chamber, in the literal sense, is a “chamber without echo”. Generally speaking, a chamber is commonly considered anechoic at any particular frequency when 1% (or less) of the acoustic energy impinging on the absorptive material lining the walls of the chamber is returned to the clear space or “lumen” of the chamber. The idea here is to create a free-field acoustic environment in which to assess a variety of loudspeaker acoustical performance characteristics such as amplitude response, directionality, distortion and so forth.

The necessary free-field conditions occur when the sub appears as a singular or sole point source, radiating spherically (4π sr) into an anechoic environment. (The sub behaves as a point source when the wavelength, λ, of the sound radiated is >> than its largest dimension). The measurement mic is then positioned far enough away from the sub so that it is within that portion of the sub’s sound field where the sound pressure level drops -6dB for every doubling of distance. The mic would now be considered in the sub’s Far Field.

Being accustomed as we are to the ever-present noise of everyday life, stepping into the reflection-free silence of an anechoic chamber can be an odd, vaguely disorienting experience. Paradoxically, its precisely those characteristics that give rise to this odd sensory experience of that very artificial environment which make it ideal for the purpose of capturing accurate data needed to correctly assess various acoustical performance characteristics of a subwoofer.

Though there are certainly challenges to be found in designing a chamber to perform anechoically in the mid- and high-frequency portions of the audible spectrum, it’s the low frequency portion of the audible spectrum where practical limitations come into play and the design process becomes especially challenging. When the 1% reflected acoustic energy figure cited above is reached, that’s typically considered the useful (ie anechoic) LF limit of the chamber being assessed.

These LF performance limitations are defined by a number of factors, including the overall linear dimensions and enclosed volume of the chamber, the depth/distributed density of the absorptive wedges populating the interior surfaces of the chamber, (along with the mechanical/acoustical properties of the wedges themselves) and the size of the DUT. A chamber useful for measurements down to ~ 30 Hz would require an internal volume of over 4700 m^3 (166k ft^3) and sport wedges over ~3m (9.8 ft) in depth.

The basic principal behind the typical anechoic chamber design is that of a collection of boundaries, functioning as purely resistive acoustic loads, absorbing progressive plane waves. The assumption made here is that the absorptive surfaces are hit by the waves, which themselves sport a specific acoustic impedance, Z, which is purely real. This assumption holds true if the distance from the source (namely, your subwoofer) generating the spherically diverging waves to the absorptive wedges is sufficient in distance so as to present, for all intents and purposes, progressive plane waves to the boundaries. This assumption does not necessarily hold true at low frequencies, hence the LF limits.

At right are two amplitude response plots of the same sub. The blue is that of the sub measured outdoors, on a tower and raised 100’ in the air. The red plot is that of the same sub, now measured in an anechoic chamber. The anechoic chamber’s ability to absorb & dissipate acoustic energy in the < 30 Hz band progressively diminishes as the measurement frequency approaches 10 Hz. The chambers absorptive ability’s have clearly been exceeded.

Increasing the linear dimensions of the chamber and the depth/density (that is to say the resistive/reactive characteristics) of the absorptive wedges is one way to extend the LF limit of a chamber. An alternative, typically less costly approach, is constructing absorptive surfaces such that they present a reactive boundary at low frequencies and a resistive boundary at mid- and high-frequencies. Referred to as an “acoustic jungle”, the absorptive arrays, rather than the usual wedges, comprise arrays of absorptive blocks, differing in size & density, built up in a way such as to present just such a reactive/resistive boundary surface.

Practically speaking, making use of an anechoic chamber to measure your sub can present a variety of possibly insurmountable challenges to the audio enthusiast: rental cost, lack of access, extremely low SAF if you build one (unless you own the company). Nevertheless, from a strictly scientific or engineering standpoint, anechoic chambers remain an ideal, indoor measurement environment. For the pro & audio enthusiast alike, outdoor measurement is an attractive alternative. At its best, it can provide for a measurement environment that rivals (or in some cases) surpasses that of an anechoic chamber. The downside, of course, in taking your subwoofer & measurement gear outdoors is that you now have the weather as well as background noise pollution to contend with.

But let’s suppose for a moment the weather is cooperating and the background noise pollution is minimal or otherwise of a nature that a dose of curve-averaging can properly deal with. How then to attain at or near anechoic measurement conditions?

One method is to mount the sub on a stand, pole, tower, boom placed well above the ground or haul it up with a crane. There are, of course, always practical constraints (as well as safety issues) involved where it comes to just how high above the ground you can place the sub. Strictly from a measurement perspective, though, the higher the better.

The idea here is to get the sub as far away from any response-muddling reflective boundaries as possible. Given the wavelengths involved (a 20 Hz wave is approximately 17 meters (56.5 feet) long) it can be quite challenging, if not altogether impossible, to get the sub as high above the ground as you might like. Nevertheless, get the sub high enough and you will be measuring in an ideal anechoic, free field environment. Indeed, data taken under such conditions can be clean & accurate enough that you can build mic correction files with it. Because the quality of measurement data taken under the aforementioned conditions is so good, the baseline amplitude response used for comparison purposes in this article will be that of the test sub measured at the top of the tower.  This correction file could be used to develop an accurate low frequency response measurement in an anechoic chamber.

If you don’t own or otherwise have access to a 100’ tower, like that showing in Figs. 3a & b above, or any other means by which to remove the sub from the vicinity of any reflective surface, no need to worry; there are still other approaches that can be used that in practice cost little or nothing.

The next best alternative to measuring a subwoofer on a pole would be to place it on the ground.  This measurement is known as the "Groundplane technique" which is our next topic of discussion.

check the article again. I made some updates to show the relative SPL differences and correction factors of each measurement type as well as added some more images and cleaned up some areas. This is a very useful article to reference once we post our subwoofer measurement standard.
fmw posts on November 06, 2007 06:51
This article points out is that sub measurements depend on the method used to gather the data. My hope would be that speaker manufacturers would use near field measurements because those would apply to the way the subs are used in a home. Since we don't use our subs outdoors or in anechoic chambers then measurements made this way, while probably more accurate and consistent, aren't as meaningful as measurments made in a way that relates more directly to their end use.
Post Reply