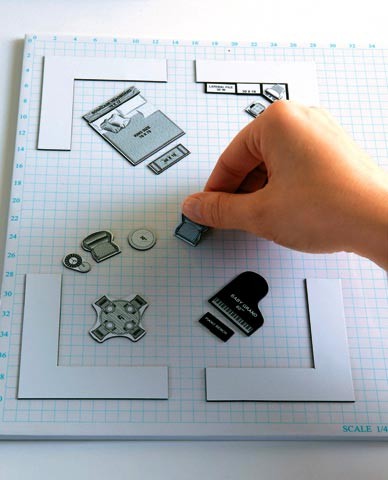 Where it comes to fine-tuning a home theater sound system for peak performance, finding those locations within a typical home listening space where a subwoofer can provide the most satisfying response - across every seat in the designated listening area - is one of the perennial challenges facing both enthusiast and pro alike.

Two of the main players in this challenge are as formidable as they are indispensable: the boundaries enclosing the listening space and the energy-storage ability of the air enclosed by those boundaries. Together, these two components largely, though not entirely, define the listening space's unique acoustic identity.

Experimentation is key and in a practical sense, there exists no perfect location. Rather, you'll likely find that the final location chosen for your subwoofers represents the best solution drawn from a collection of well-prioritized compromises. Compromises that arise not only as a consequence of the room's acoustics, but also from aesthetic as well as other, practical, considerations, such as WAF (wife approval factor) or SAF (spouse approval factor). In some households, the WAF or SAF are moot points. In others, they are variables not to be trifled with. Such is the lot of Audioholics everywhere.

Here in Part I of "The Place for Bass" we'll look at the challenging process of placing two subwoofers within a listening space. The technique presented here doesn't require any sort of measuring device other than your ears - which I will further assume work correctly - or the possession of anything more than the most basic sources of test signals, such as, perhaps, a CD with appropriate test signals or music CDs with lots of repetitive bass runs. If you do have gear capable of doing accurate dB SPL measurements, certainly feel free to put it to use; for those of you who do have measurement gear, though, you might find Part II of this series more applicable.

We'll begin by looking at the energy-storage ability of the air bounded by the four walls, floor & ceiling.

The acoustic wave field that sets up within the air enclosed by the listening space can be decomposed into linearly-independent modes that oscillate in time at distinct frequencies. These modes are called eigenmodes, room modes or standing waves (N = 010, 100, 001, 020 …) and the frequencies are accordingly called eigenfrequencies or room resonances (Hz).

For the test room modeled, with dimensions of: W = 3.5m, L = 5m, H = 2.5m, I ran a series of simulations to work up a rough estimate of the eigenfrequency values (in Hz) and the spatial, sound pressure distribution for each eigenfrequency setting up in the room. The results are presented in Table 1, Figs. 1 through 20:

In this series of images the brightest regions represent the resonance's antinodes. Conversely, the black regions represent the resonance's node spatial disposition. Together, they graphically depict the interference patterns setup by the incident and reflected waves at the various eigenfrequencies. Note how the corners appear again and again as mode 'hot spots'. Presented graphically, it's pretty easy to get an idea of the spatial distribution of room resonances. But how do these resonances set up in a room in the first place?

Using the half-space model (Fig. 23 - system bolted flush into one wall) as an example, imagine for a moment that the subwoofer is emitting an acoustic wave whose length, λ, (m or ft) is twice that of the room's longest dimension. Under this condition, the movement of the driver's cone will be in phase with the reflected signal coming back from the opposite wall and as a consequence, sound pressure quickly builds up, shortly reaching maximum amplitude. The amplitude is characterized as an equilibrium point between energy supplied by the subwoofer and energy absorbed by the boundaries & enclosed volume of air. So how do these resonances affect sound as perceived at the listening position?