Speaker Break In: Fact or Fiction? 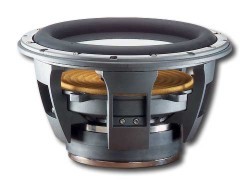 Causes, Effects and a Few Useful Observations
Driver "break in", "burn in" or "run in" is a topic that's been debated in various forums for years. Though not generally discussed with the vigor or conviction typically devoted to topics such as the sound of cables, it nevertheless continues to ignite occasional flame wars, fueled by the contributions of both uninformed and enlightened alike.

In this article we'll look at a typical electrodynamic driver's operation as seen largely from the mechanical side, with a view to assessing the validity of various claims frequently made regarding driver break in. We'll also see why it's in a manufacturer's best interest to ensure their products are broken in long before leaving the factory warehouse and how that bears on subsequent attempts at burning a driver in. I'll conclude with a few anecdotes drawn from my own experiences.

Sift through the reams of text devoted to driver break in that have been published in both consumer-oriented print media and various online forums over the years and you'll find all sorts of claims attributed to the effects of driver break in. Research of the last 8-years worth of online discussions devoted to this topic, found in a handful of online forums, nevertheless uncovered a few interesting trends:

As the majority of opinions expressed by those indicating that burn in made a difference were focused on the LF & MF portion of audible spectrum it seems appropriate to focus this investigation on those drivers designed for use in those segments of the audible.

When a newly-minted driver rolls off the assembly line it will typically not measure or otherwise perform as one of its well-broken in siblings does. In large part these differences arise owing to the fact that said driver's spider (often crafted of a varnish-impregnated linen) is not as compliant as it will become once it's broken in properly. Depending on number of mechanical factors relating to its design, construction and materials composition, a net post-burn in compliance increase on the order of 5% - 10% would not be unusual.

Owing to this initial change in compliance, we can also expect to see, post-burn in, a reduction in fs, given:

a reduction in Qts, given:

total Q of driver at resonance fs including all system resistances

Q of driver at fs considering driver nonelectrical resistances only

Q of driver at fs considering electrical resistance, Revc, only

and of course, an increase in Vas, given:

Required break in time for the common spider-diaphragm-surround is typically on the order of 10s of seconds and is a one-off proposition, not requiring repetition. Once broken in, the driver should measure/perform as do its siblings, within usual unit-to-unit parameter tolerances.

Probably the most common approach used by manufacturers who purposely take the time to break in raw drivers is to apply a sine wave signal, at a frequency equivalent to the unit's free air resonance, delivered at amplitude sufficient to thoroughly stretch out the spider, without damaging the unit, of course

An alternate approach referred to in the literature is the use of broad band noise. However, this approach is inefficient when compared to the sine- wave-at-free-air-resonance approach.

Quite often, spider break in occurs when the driver is tested, before and/or after placement in the cabinet for which it's intended. Driver testing by signal stimulus at some point (or points) in the manufacturing process - if done at levels sufficient to break in the spider - generally makes further break in unnecessary. Hence, a finished system will not - in so far as its drivers are concerned - require further break in by a consumer once taken home from the dealer.

But let's suppose for the sake of discussion you've purchased a 3-way system sporting a collection of never been broken in drivers. Given the initial, one off, changes in driver suspension compliance that would occur the first time said suspension was thoroughly stretched, how much a difference in system performance, pre/post burn in, could be expected?

Table 1 & 2 lists some driver specs derived from measurements of 10" woofer and a 4.5" midrange driver. The post - break in specs are derived from a 5% increase in suspension mechanical compliance. The focus here is on those specs that changed following the initial break in.

Modeling the mid-range driver in LEAP, allows us to see the amplitude response of the system pre- and post-break in. This was accomplished by designing a totally enclosed cabinet for the pre-break in driver, deriving the system amplitude response, then substituting the broken in driver and the re-running the simulation, with both plots displayed in the same graph for comparison. The results are shown in Graphic 1.

Clearly, the differences in amplitude response between the pre- & post-break in systems are negligible. Indeed, maximum amplitude difference within the passband of the system is on the order of .09 dB! In passing it should be noted that it was the broken in system that exhibited the down .09 dB amplitude response at resonance. Also included for comparative purposes are the impedance curves for both systems. Next, a series of simulations were run this time using the 10" woofer. As in the preceding case, this was accomplished by designing a totally enclosed cabinet for the pre-broken in driver, deriving the system amplitude response, then substituting the broken in driver and re-running the simulation, with both plots displayed in the same graph for comparison. The results are shown in Graphic 3. As in the preceding case, the differences seen between the amplitude response plots of the pre- and post- broken in systems is negligible, the maximum magnitude difference occurring within the passband being .02 dB. Although difficult to tell given the graphic's resolution and the very small amplitude differences to begin with, it was the burned in system's amplitude response that was .02 dB down at resonance. In Graphic 4 we see the impedance plots of both systems, showing results similar to those seen in the mid-range simulations. The compliance of the air enclosed within the enclosure is significantly less than the driver's suspension compliance, therefore the enclosure has the dominant influence where it comes to determining things such as system resonance. Thus, owing to the physics of the enclosed box loudspeaker system, any pre/post differences in driver suspension mechanical compliance are constrained from having as large an effect on parameters such as resonance frequency, etc as intuition might lead one to believe it should.

Taken together, it's clear the volume of air confined within the sealed cabinet of the enclosed box loudspeaker system moderates any measurable and/or audible changes that might arise as a consequence of driver compliance changes.