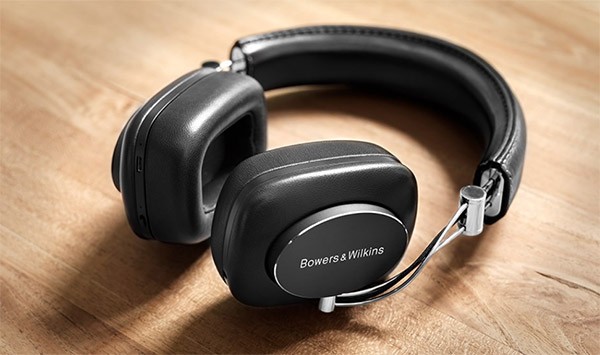 Venerable speaker maker Bowers and Wilkins has a workaround for the iPhone 7 lack of a 3.5mm connector. They are getting a leg up on the matter with the release of a wireless version of the company’s flagship P7 over-the-ear headphones.

Fans of the original P7, which simply spoiled you with a luxurious fit, feel, and sound won’t be disappointed. The new P7 Wireless looks and feels identical to it's wired predecessor. This is the same route Bowers and Wilkins took when it released a wireless version of it's on-ear P5. The luxurious sheep leather ear cups and headband remain and so does the stylish aluminum frame with infinite adjustability. The ear pads are still memory-foam and magnetic, making it easy to replace them. We were impressed with the original’s ability to block out noise and still feel extremely comfortable.  We expect the same to be true of the new model. As with their predecessor, the P7 Wireless model folds, making it easy to bring on the go.

The P7 Wireless introduces an all-new drive unit compared to the original. The company claims that the new transducer will yield better performance and transparency over the original—especially in the critical midrange.

As with the P5 wireless, controls are conveniently located on the left ear cup. The middle control has a slight protrusion, allowing you to get your bearings easily.  The controls support the standard functions of an incline remote. As you'd probably expect, Bowers and Wilkins didn't skimp on the wireless technology.  As a flagship headphone in the lineup, it's sports the best Bluetooth streaming available. The P7 features Bluetooth 4.1 support with aptX codec support for near CD-quality streaming over Bluetooth.  Just remember that in order to take advantage of aptX, your source music player must also support it. AAC and SBC codecs are supported too.  Two microphones are on-board for hands-free calling. The microphones support the CVC2 algorithm to reject ambient noise.

Bowers and Wilkins says that the headphone will realize up to 17 hours of battery life on its 370mAh Lithium Polymer battery.  The battery is not user replaceable.   The battery adds a bit of additional weight to the headphones, making them 323g vs the wired versions 290g weight.

Charging is handled by a standard micro USB cable.In the event that the battery runs out or you want to switch to a higher fidelity wired connection, you can do so at any time by using the included cable. As before, simply lift off the magnetic ear pad to expose the headphone’s wired input. In this way, the P7 offers the best of both wired fidelity and wireless convenience. In case you want to use the P7 with your favorite headphone amp or even your cell phone, you’ll be happy to know that the the P7 Wireless remains easy-to-drive in wired mode. It has an impedance of 22 ohms and a sensitivity of 111 dB/V at 1kHz. The driver units are two 40mm full range drivers that have a stated frequency range of 10Hz to 20kHz.

With wireless connectivity gaining more and more momentum and the future of the 3.5mm analog jack in doubt (at least for Apple products), Bowers & Wilkins is staying ahead of the curve.  By keeping all the elements that made the original a classic, we expect the new P7 Wireless to be another spectacular offering from the storied British company.

The P7 wireless retails for $399 and is available now both directly from Bowers & Wilkins web site and local authorized retailers.  The P7 wired is still available and has dropped $50. You can now pick up a pair for $249.99.

I still need to see..err hear how much a sonic difference there is between the two
Apt-X Standard vs HD, before I give up my Momentum 2.0
gene posts on November 25, 2016 15:15
B&W has released a wireless version of it's acclaimed P7 over-the-ear headphone. The new P7 Wireless maintains all the luxury, fit, character and sound of the original. With support for Bluetooth 4.1 and the aptX codec, you can get near CD-quality streaming. With both a wireless and wired mode, the P7 Wireless looks to be a go-to for audiophiles craving music without wires. Read on to find out more…