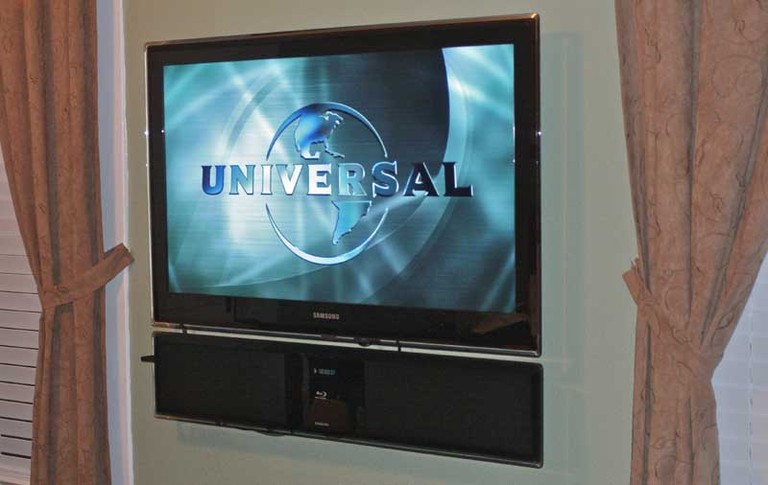 I find it maddeningly easy to be critical of new products. However, when Samsung sent us their 1.2"-thin LED backlit UN40B7000 HDTV, we set it up and quickly found ourselves struck speechless. Aside from an unresponsive remote control, off-axis black levels, and a few setup quirks, there is not much to dislike about this 40" flat screen television. In fact, it's got a lot of benchmark features we'd like to see in many other sets on the market. I wouldn't necessarily recommend this TV over others if you're not mounting it on your wall, since there is a lot of competition in terms of quality. For a combination of quality and style, however, it's going to be very hard to beat right now and the price you pay goes a long way into the myriad of features this television offers.
Next Page ⇨

Read the Complete Thread
sulshrisy posts on December 11, 2009 10:37
Cheers!
Valikie
Out of the many posts, this one attract my attention. I believe it is possible for anyone to participate.
Excellent ! I like it very much.
Bobber posts on December 10, 2009 18:03
UN40B7000 review

I am trying to figure out why you had a delay on the response of your remote, as mine and my cousins both work fine. The response is quick, no delays. What firmware you were using? I did the firmware update (1013 as of Nov 3) the networking software PC Share Manager Version is 2.3. I did this soon after I received my UN40B7000. I used a wired connection as my Panasonic PD 55 and my new (not ordered yet) Yamaha AVR will need Ethernet too so I went with a switch off a Belkin N+ router downstairs.
I decided the widgets were not worth that much to me, others may find them useful (you wait for the widgets to load, longer if they are doing an update). I have a laptop by my chair and can get news and weather faster with it. Still no NetFlix as the latest update….. yet. That would be worth it I think.
Your review was informative, but why no mention of the power use? After the California flap on green sets. I thought you might just test that. I did (with a inexpensive “Kill A Watt” meter) a had about 85 watts depending on content and or brightness level. I measured my my 5 year old JVC 40“ and it was over 240 watts, same inexpensive meter. I think that California may have rushed another regulation that the industry (Plasmas are getting better, but often higher in power demand) is responding to but short term may hurt local shops as people will just buy out of state and they Cal will loose the tax from the sale.
I wonder if the mention of the speakers being tinny (from another responder) was due to the mounting location? I have NO problems with normal viewing. I of course ”need to get MY head examined" :-) as my set is in an entertainment center (for now) the swivel base on this unit is nice(most are fixed) but my speakers are not reflecting directly off the wall so the sound on mine and my cousins may be fine because of that. I use the AVR for sound for DVD and movies. A matching sound bar can be used for a wall mount and you can kill the TV speakers in setup and add a wireless sub if you want for better sound without an AVR.
I plan to get rid of the EC and move this set to the bedroom at some later date, when LED Back-lit sets drop in price maybe .
The new 9000 series will be wireless except for the 120 Volt connection…sounds interesting..but expensive for now, I bet real cool looking though. I am very happy with the set so far and ordered on line from Audioholics. Thanks for the good service and delivery!!! Audiohilics price was very competitive.
Hi Ho posts on December 10, 2009 15:13
It is a side lit LED TV. I have experience with both this TV and the higher end 8500. I agree with Clint's findings for the most part. The 8500 has the same viewing angle problems as the 7000. To me, both sets also have an artificial look to them. The colors just seem to be off in some way that I cannot quite explain. I have not seen one that was ISF calibrated so maybe this is remedied through that process but I was not able to make it look *normal* to me using user adjustments and a DVE Blu-Ray.

One thing I did not see mentioned in the review is how HORRIBLE the built in speakers are. *Anyone* considering this display will definitively want an external sound source. The built in speakers are atrocious. The sound is harsh and tinny and the cabinet tends to resonate and create an odd warbling effect. My laptop has better sound.

The thinness of the display is it's most compelling feature. I will admit, it looks awesome. However, I could never bring myself to pay over $2,000 for it when I can get a Panasonic 42 G10 for $850 or even a 50 G10 for $1,200 that offers superior picture, infinitely superior viewing angles, and far better glare reduction (the super glossy Samsung screen has absolutely no anti-glare qualities). I can live with the extra inch of thickness.
acacia987 posts on December 10, 2009 14:49
I thought this TV was LED sidelit, not backlit. Was there any evidence of the lighting gradient from the sides?
Post Reply