Women and Home Theater: Audioholics 2008 State of The CE Union is For Everyone 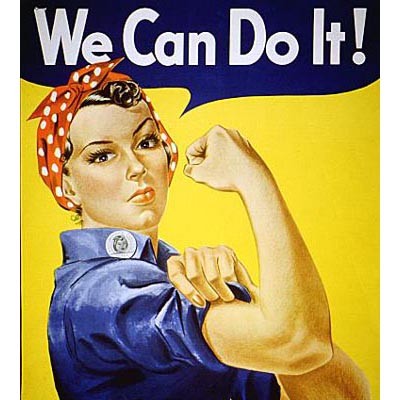 Women Can Do Home Theater Too!

Typically, consumer electronics and home theater are perceived as a man’s domain, but with so much attention to aesthetics, ease of use and affordability in the industry, it’s no surprise that now more than ever women are into it too. We’re taking an interest in everything from the latest developments in surround sound technology to the footprint the high-tech speakers will leave in our living rooms.

The difference between men and women when it comes to home theater, however, is that we’re coming at it from different angles. The women I spoke with at Audioholics’ State of the Union couldn’t (or didn’t) quote me tech specs, and most were open about not fully understanding the mechanics involved in the equipment. But all of them, including myself as you’ll see from this article, were eager to discuss the impact a home theater passion has had on our lives and homes – to borrow a notorious stereotype of women, we all seemed to be more interested in how the systems made us “feel” rather than how they actually worked.

To the men out there, this is not to say we’re going to get touchy feely about your electronics or go emotional on the Best Buy clerks when we try to pick out a TV. It’s just that when we think home theater, we’re thinking a little bit less about the individual parts and more about the bigger picture (no pun intended). 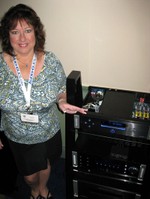 Take Yvette Phares, wife to an Audioholics audiophile who is actually a little more in-the-know than most women might be when it comes to electronics. She’s got the whole home theater shebang in her home and even has a dedicated media room – but it’s not the speaker specs or the brand names we talk about when we’re chatting home theater. It’s how at the end of a hard day, she can go home, put up her feet and count on her home theater system to help her get away from the real world.

“Nothing’s better than walking in, kicking back and putting in a movie,” she said. “It’s a great de-stressing mechanism.”

That feeling is a big part of why she’s been so open to dedicating a room of her home to media – something women have traditionally been noted to frown on, given their association with ugly La-Z Boy recliners and sports-themed decor.

But Yvette’s been with her husband every step of the way in building their media space, helping pick out each of the system parts and coordinating the overall theme of the room so it reflects both of their interests. In fact, she’s been the one to stun both her husband and a few sales clerks in the process of choosing equipment, proclaiming the first TV shown to her to be “too small” for her home theater tastes.

And let that be a warning to you, men – when we say we’re getting into home theater, we’re going to be really into it. That means we’re going to want a say in picking things out and design our media rooms, and you may even have to hand over the manual and let us help hook things up. (Not that you were looking at the manual in the first place.)

So what is it that women are looking at when they’re shopping for home theater components? Admittedly, we’re mostly looking at the aesthetics. Recessed speakers with faceplates that blend into the wall, TVs with sleek and simple design rather than the in-your-face high-tech look, and most importantly (and unanimously) we want every last one of those wires and cables hidden or managed. Neat and tidy, so that we can have our living rooms and media rooms work as one.

Are we wrong to be looking at that? Definitely not. As Tara Peterson, visitor to the Audioholics CE Convention and wife to yet another audiophile, put it, the look of the equipment is just as important as the mechanics.

“I want it to look nice, I think that’s part of the experience,” she explained of her and her husband’s home theater system. Her media / living room is the location for social gatherings and above all else she wanted it to be welcoming.

Although new to the home theater experience and openly still learning, as a graphic designer her appreciation for how things look has made her open-minded to the developing designs and technologies of home theater. She’s opened her living room to both a plasma TV and a projection screen for movie watching, which shows she has definitely hopped aboard the home theater bandwagon.

“At first I really wasn’t that much into it, but then he brought it home and I was, like, ‘Wow, that’s cool!’” she said. And let’s face it, not many women would spend their 8-year-anniversary at a consumer electronics conference unless they had something of a curiosity for what it’s all about. The surprising part is the number of women who share that curiosity and are really excited to explore it. Like Tara, we think it’s really cool.

The History of Women and Home Theater

Many women have Tara Peterson’s same back story (myself included). We’re no experts in the high-tech environment and are generally getting into it secondhand through the men in our lives.

But to our current significant others, there’s something you need to know – we love you, but when it comes to introducing us to consumer electronics, chances are you’re not our “first”. Though we may pretend you’re opening our eyes to a whole new world, many of us have a history of fathers, brothers and boyfriends out there, each who have taught us a little something about the technology.

Yvette, our aforementioned female audiophile, credits her introduction to a past boyfriend, and listening to the Steve Miller Band in Quadrophonic together. She’s been into audio and video ever since and isn’t shy about competing with her husband for media room rights.

Yes, that’s another warning to the men out there – once we’re into audio and video, we want home theater rights. But that also means you’ll find us more than willing to accompany you to conventions like this one, and we’ll be there for more than just the hotel room service, which is a pretty great thing.

The Future of Women and Home Theater 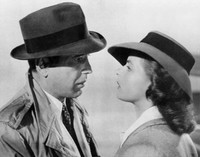 But even if we do throw our weight around a little in the media room, really, what women want out of home theater in their homes is not domination. Men, we’re not trying to step on your turf and you’ll probably still wear the pants when it comes to final equipment selections.

What we actually want out of home theater is more about the enhancement it can bring to our lives. Believe us, we’d rather be at home watching a rented movie on a great home theater system than out at the show spending our hard-earned money. At home we can hop into our sweats, unabashedly chow on popcorn, and most importantly, pause the movie when we have to pee (which is usually often).

But even above that, what we want is to share the home theater experience with you. If a big-screen TV and a high-end speaker system means you’ll hang out with us on Friday nights, along with our girlfriends and their husbands sometimes, we’re all for it. We’ll even give you full control of the remote and let you tweak the picture and sound quality whenever you want.

In the end, men and women might come at the home theater experience from different angles, but the result is the same. It’s just a means of escape, of creating something you’re really passionate about that gives you a chance to get out of the day-to-day for a while.  We’ll bicker over the placement of wires and the size of speakers, but we’ll always meet in the middle. And that means meeting on the sofa, for an immersive, escapist, intimate home theater experience.

majorloser, post: 474975
We really don't want to know what he does with his monkey.

majorloser, post: 474975
And let's not forget she said “yes” to the last Florida GTG at my place.
She even let me move all of the furniture out of the house, too.

Good for you Major. That GTG was great even for those of us not in attendance. I liked reading about it enough that I want to thank ya both for hosting it. Things like that make this whole AH thing much less anonymous and that's cool.
majorloser posts on October 29, 2008 15:42

This should be your signature! A classic line that I don't think will ever get beat.

Ah, do you really want to encourage him? We really don't want to know what he does with his monkey.

Alex2507, post: 474764
I mean, I knew Loser Wife was a woman obviously but she's married to Major Loser and has let Mazer in her house. That makes her like Super Woman or something.

And let's not forget she said “yes” to the last Florida GTG at my place.
She even let me move all of the furniture out of the house, too.