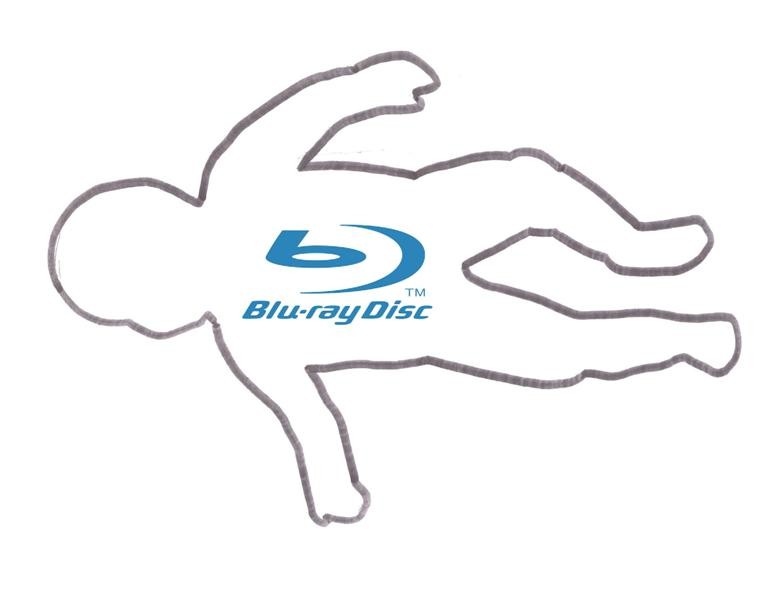 If only Blu-ray had a time machine...

After the spanking Blu-ray got at the hands of HD DVD recently, Sony's CEO Sir Howard Stringer commented that the two formats are in a "stalemate" according to the Associated Press. While he doesn't cite the falling prices of HD DVD players compared to their own "budget" $400 players, he did mention that the coup HD DVD pulled by wooing Paramount into an exclusive deal as being a deciding factor in the current state of the format war.

As we have long suspected, Sony seems to have been pricing their players higher in order to give the impression of higher quality over their less expensive HD DVD rivals. Stringer mentioned in his interview that they were trying to win on "merits" though what those merits might be in an incomplete format escapes us. Stringer suggested that there was a time for a unification of the two formats in the past but blamed his predecessors for letting that opportunity slip through their fingers. But lets face it, once Sony introduces something like this (SACD anyone?) they don't "unify" anything. They just keep pushing until it dies.

With more and more dual disc players on the horizon, unification may be a moot point anyhow - at least eventually. At around $1000, dual discs are still only in the realm of those with large amounts of disposable income or the terminally impatient. At this point, there is no reason to assume that their Ethernet port (currently used exclusively by the HD DVD half of the player) will be able to be utilized for BD-Live. Wouldn't that just be a kick in the pants!

As far as we're concerned, Sony's decision to put a Blu-ray player in their Playstation 3 console is the only reason there is a format war at all. If not for that installed base (40% of which don't even realize that their PS3 has Blu-ray capability), HD DVD would have won on price alone. Consumers don't care which format wins, the just want the latest and greatest technology - and they want it cheap. HD DVD is providing that right now while the only thing that Blu-ray is providing (according to their current marketing blitz) is Disney titles. We all know that ads aimed at kids work but it seems a little low to be pushing children into begging for a $400 player. But when you're desperate…

Tex-amp, post: 330701
Let me guess Sony is in it out of the goodness of their hearts and any profits will go to feed starving children.

There are 4 Chinese companies that have shown proto-types built off the A30 platform for CH DVD. My understanding is change a few parts and these are HD DVD players. We could be seeing the first time the traditional Japanese CE companies get by-passed and a new format comes straight from the Chinese CE companies. Could it be that we are about to see the Chinese CE industry do to the Japanese CE what the Japanese CE did to the US CE 30-40 years ago? http://stor-age.zdnet.com.cn/stor-age/2007/0907/495415.shtml

According to Keith Jack from Sigma Designs who was at the recent Chinese Electronics Show, Chinese manufacturers are more predominantly interested in Blu-ray technolgy.

Having China Hualu Group Co. join the BDA was a big move forward as they will have input on Blu-ray developments, but also in October the following was announced:

The Blu-ray Disc Association (BDA) will begin evaluating Chinese video and audio standards for inclusion in the format. The Chinese developed AVS (Advanced Video System) and DRA (Digital Rise Audio) have both been approved for use on a Chinese-only version of HD DVD. The BDA said they too will evaluate the codecs, but have not yet decided if the they will limit them to China only, or expand it to the rest of the world.
BDA spokesman and Pioneer Electronics senior VP Andy Parsons commented, “We don't know where we would draw the line, or even if we would draw a line. Generally, we haven't tried to regionalize the format.”

patnshan, post: 329721
Just some of them, and I believe they have discontinued the making of them. I guess a lot of folks had problems. I have or have used about five of them and they all work fine.

patnshan, post: 329596
All of those companies that you listed can easily make and market HD DVD players. Don't kid yourself in thinking that it would no be VERY easy for them to jump ship at any time. Panasonic or Phillips could probably create an HD DVD player in 6 months! It's my opinion that the only company that will lose face in this is Sony. They already have because of their pompous CEO and all his speeches.

As for studios, I believe Warner did not renew their membership in the Blu Ray group. I wonder why? I think it is in preparation for jumping ship.

IF you are correct, why in the world would the usually chest beating, “we won already” Sony CEO make a speech recently that questions the state of Blu Ray in the market when every other speech he's made has claimed victory? There has to be something in the market making him backpedal. No?

If Warner didn't renew their BD licence, they would not have been able to release Oceans trilogy or The Aviator which have both been released since October 30th. This whole Warner hasn't renewed their licence is more propaganda and fear mongering spread by team HD DVD - they're doing a good job of it that's for sure.

Have you actually read the Stinger speech, because the orginal article written took many liberties with Stringer's comments and by no means did he say Blu-ray and HD DVD are going to both co-exist.

As for the other companies, for sure they can all go out and make HD DVD players. But with Toshiba selling players at $99, what on Earth would attract any other CE to try and compete with that?

I'm not sure why you include Philips in your statement though, Blu-ray is primarily designed by Philips, just like SACD, CD and LD were. Sony owns the copyright, Philips is in charge of the licences.

I'm sure Panasonic would lose some face too as they along with Disney have been far more vocal proponents of Blu-ray technology than Sony has. Sony uses BD technology for PS games and that's not going to change, so they will have an outlet no matter what happens and you can be sure next year that Final Fantasy XIII will move well over a million discs in its first week of release and will also be on a BD50.
Alamar posts on November 20, 2007 15:04

aberkowitz, post: 331673
I'm no Sony apologist, but I don't think they're any better or worse than any other company regarding a monopoly advantage.

Exactly the point I was trying to make. Another poster was hammering Toshiba's monopoly of HD. I just wanted to point out that Sony is more than happy to stick-it to the customer as anyone else.

Alamar, post: 331607
As an addenda on the whole “monopoly” arguement it looks like the EU is fining Sony for price fixing … Basically they were meeting with partners and competitors and making sure that prices stayed where they wanted them to.

I guess my point is if given a chance Sony is just as likely to behave in a monopolistic fashion as any of the other companies mentioned … perhaps they're even more likely to do so.

EDIT: I forgot to mention that Sony was found guilty of “obstruction” during the investigation …

Let's just be clear- the price fixing fine is related to sales of professional grade video tapes and included Fuji & Maxwell as well. The entire revenue stream that the EU is targeting for this investigation is $169 million a year for all of Europe over a 2 year period. I'd bet that the EU probably spent around that putting together their case!

This is not the first time the EU has tried to come after electronics companies- Sony previously for RAM price fixing (France actually accused Sony of terrorism), and we all know about Microsoft. The EU may soon surpass the US as the best place to launch an class action lawsuit!

I'm no Sony apologist, but I don't think they're any better or worse than any other company regarding a monopoly advantage.
Post Reply