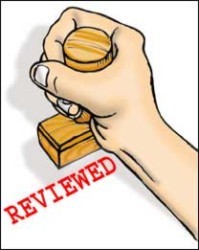 It seems we must revisit this topic every few years when we notice suspect online publishing trends. The latest sad state of affairs that seems to be an overnight internet sensation is product  "comparison" articles. Many of these so-called "comparison" articles are nothing more than a collection of manufacturer photos and specs, along with a cursory one paragraph product summary with a general consensus opinion gathered online from other publications. What makes this more unscrupulous is how these articles are peppered with Amazon affiliate links to monetize every square inch of the page. To the uninitiated, these seem like legitimate useful articles to make meaningful product comparisons. But to those in the know, they are nothing more than money generating schemes and Google appears to be rewarding them with SEO (Search Engine Optimization) love. Google's latest Algorithm changes attempt to punish websites thin on content and heavy on ads but appears to reward other sites offering "useful" comparison content to the reader heavy on affiliate Amazon linkage. Since it's an automated process, Google, in our opinion, is currently doing a very poor job of differentiating between the two.

If you do a Google search on "loudest Bluetooth speakers" or "best AV receivers" you will notice these articles are ranked right at the top of the first page. Meanwhile, competitor websites that actually may take the time to do a real review with actual test data are lost in the noise simply because Google thinks the reader would find this type of content more useful.  It is also interesting that some articles like these don't even contain authorship.  Some of these websites go so far as to use the same generic template when formatting their content. Talk about originality or lack thereof.

This particular website framed our own Youtube video into their "review" of the SVS Ultra bookshelf speakers.

Here are some red flags to look for to determine if a review or product ranking list is legitimate or just a quick cash-in as a Google-to-Amazon conduit:

A study by ReviewMeta concluding fake populating Amazon has become a serious problem. There is even a website called Fakespot that attempts to determine the authenticity of Amazon based reviews.

In order to remain competitive with these type of SEO tactics, we've actually begun writing similar "best of" comparison articles but make no pretenses that they are actual reviews. Instead, we clearly denote these are preview articles or simple comparisons based on manufacturer specs.

We saw a glimpse of this years ago with the whole Lexicon BD-30 debacle when some of the subsequent A/V publications tried to ride the wave of controversy surrounding it by publishing their own so-called "reviews". The history of everything that transpired with the Lexicon review is nicely documented here.

When re-reading the article content below originally written by the late great Tony Federici (former president of Acurus/Aragon), all the way back in 2004, it's amazing how many online and print  A/V Review Magazines fit the mold laid out herein even today which gives one pause to wonder if some of these publications actually have product in hand when conducting their reviews.  Did they do any objective measurements or analysis?  Did they discuss the inner details of how the product functions?  Did they furnish their own images of the product under review?  As a reader, this is something you must decide for yourself.

Note: Contents below originally published in 2004.

How Many Online and Print Publications are Taking Your Trust for Granted?

We live at a strange TV time when a comedy show reports the news and TV news is a joke. (Some may think I should say "in a strange TV time" but being Einsteinian I prefer "at" .) It was Comedy Central's Daily Show that first broke the news about government propaganda and corporate PR being aired as TV news. Then the NY Times put it on their front page, which caused TV news to finally report that they were airing propaganda and PR as actual news. Shortly after that, the NY Times got nailed for passing off a Columbia University press release as front page news.

The First Step is Admitting You Have a Problem

Now that Colin Powell's son (an apple that fell so far from the tree it thought it was in a banana republic) is gone, the FCC has awoken from the executive branch's and lobbyist's spell saying, "There's been a growing trend of broadcasters just putting on these so-called video news releases wholesale, and putting them on the air without letting the public know it may be from a government agency or it may be from a big corporation," said FCC Commissioner Jonathan Adelstein. "So the public thinks it looks like a news story, and they don't realize that in fact, somebody that may have an agenda is trying to influence their thought."

How Does This Apply to Home Theater Reviews?

So let us now examine the rather atomistic world of audio/video reviews. Excluding Audioholics' reviews, which are not the norm, let's look at the typical review. First of all they are rather short… kind of like a press release. If you choose, you may later read a typical audio review and then Google search a press release on the product. Look for the similarities of topics covered and compare the depth of coverage. I think you will be unpleasantly surprised.

If you are the audio "press" why bother spending time and money on actually reviewing the component when you can massage a press release in no time, call it a review, and, as an additional incentive, make the manufacturer happy to give you advertising money for plugging their products. This is what happened to TV news. Why spend money on investigating, writing, filming, and paying a reporter when you can take government issued propaganda, or a major corporation's press release, and pass it off as your news?

As a contrast, look at the recent reviews by Audioholics regarding the Denon AVP-A1HDCI and POA-A1HDCI 10CH Processor and Amplifier, respectively. No print magazine has ever devoted that many pages to a review. This is understandable due to the cost of ink and paper. The Internet has freed the writer from the cost of print. Yet, other than for Audioholics, where are the e-zine reviews that cover a product in such detail? What the Internet should provide the citizen and consumer, via a free press, has been undermined by greed for money and control.

Welcome to Syndication and the " More You See It, the More You Believe It" Approach

On the Internet, fake news and reviews become even more insidious and inbred. Several online "magazines" get the press releases and write 500-1000 word cursory "reviews" which have positive similarities. This means when consumers do "product research" on the Internet they get similar product positives from several "sources" which, in reality, are a single source… the press release. Then the consumer thinks, "If these different reviewers agree, it must be the truth." This is compounded even further with shared reviews which puts the same copy from press-releases-turned-review on multiple websites.

These "reviews" yield absolutely no benefit to the consumer. In today's surround sound world this is easy to prove. The complexity of operation with a receiver or processor gives away the "review" scam. Where is the clear explanation of the positive and negatives of the unit's operation? Where are in-depth descriptions of the use of features such as crossover points, variable settings by input/format (and recall when a format is selected), or the remote's complexity of operation, etc? If they don't cover all the setup parameters, how could they have properly listened to the component to form any useful opinion? These so-called magazines and e-zines aren't stupid, they just think you are. Follow their logic. Why bother to do a quick setup that ultimately yields a useless receiver review when it is even easier, and far less costly, to yield just as useless a review by simply massaging the press release? Many casual readers don't even notice.

Faking Out the Consumer

It is easy for them to attempt to sucker you into believing they actually reviewed a component when, for instance, it is a loudspeaker review. They take the press release, add a few comments regarding their opinion of the sound, actually talking more about the source material they allegedly used in the review rather than the product under review, and they have the "review". They can easily do this without even taking the speaker out of the box. After all, it is only their opinion of how the speaker sounds in their room, so how can you prove them wrong? Do you want further proof? Look at how many photos are actually press release photographs, versus photographs of the component taken in their room or lab.

Do yourself a favor. Don't fall for the hype, neither in these so-called audio/video magazines nor in the free press covering world news. If you want to read a press release, please do so. Just don't read a reworked "magazine" press release and con yourself into believing you've read a review.

In the new America "freedom of the press" means freedom to pass government propaganda as news and freedom to pass corporate press releases as reviews. Welcome to the "free" world.

We will leave you with the following questions that we hope you can give honest answers to in our related forum thread:

Are these "comparison" type articles monetized with Amazon affiliate links really what you're looking for? Do you find them more useful than real reviews of products actually tested by their authors like Google seems to think you do?  Are fake reviews the new norm? Please share your thoughts.

Kenco278, post: 1243663, member: 85310
I would add to the list a great site of long standing, with a quirky interface that ultimately works well after a little getting used to. Heavy on text and photos, with an extensive collection of music and audio reviews. It has numerous small uniformly formatted ads grouped tastefully together often for interesting products you've never heard of - I usually ignore ads but these pique my interest. Hundreds of archived reviews of audio equipment and music dating back to 2002.

While I appreciate the work they do; I have trouble getting past the 75% ads 25% content. It is great for killing time with ADD because there is a lot to see but when I just want to read about a specific product it is like a ‘where’s waldo' book for finding the review text among the advertisements.
x4393 posts on December 10, 2019 15:14
I've run into those types of sites with multiple different types of products when I was searching for reviews. Those sites are absolutely useless.

If Google weren't so big and in control of most things online it would be laughed at for things like this. Instead it just becomes less and less useful over time and people accept that.

The internet is over 90% crap as it is and Google continues to encourage more useless content with boosting these sites rather than blocking them altogether.

These sites are worse than the old link farms because these try to appear like they are giving advice; and we have to wade through page after page of them to find actually useful sites like this one.
And we end up with living brain donors thinking “My new amp was on the top 5 list at bestampstobuy.com!”
Pogre posts on May 21, 2018 13:13
The first one looks like it was written by a fifth grader…
gene posts on May 07, 2018 15:50

Sean M Mouradian, post: 1246481, member: 85619
Great article, but you realize you're giving these guys backlinks, right? That's how I found this article…

Uggh I know. It's something we need more of but I felt it was important to discuss this topic.
Post Reply