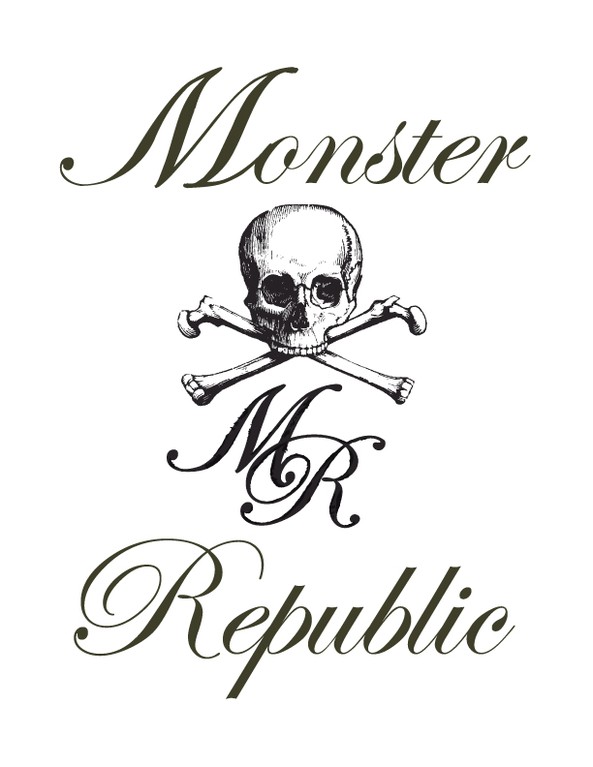 We just received this email from a small business owner of a kids clothing company called MonsterRepublic.com. It appears Monster Cable is at it again with another lawsuit in attempts to protect their name. But can Monster be serious or are they simply looking for publicity albeit good or bad?

My name is Albert Lee. My wife and I are the owners of a clothing label called MONSTER REPUBLIC. We are a small Mom and Pop company that produces children's clothing for babies and kids from age 6 months to 10 years. Our clothes are primarily sold in small boutiques around the country. In March of this year, we were formally served papers from Monster Cable petitioning to cancel our trademark of MONSTER REPUBLIC. In their petition of cancellation, Monster cable states they have "acquired nationwide common law rights in the MONSTER designation as a proprietary trademark for its goods and services" and we, MONSTER REPUBLIC, have violated their proprietary ownership of their trademark. I'm not sure how we, a small kid's clothing company, infringed Monster Cable's trademark when there are thousands of formally registered trademarks using Monster in combination as part of their trademark. One justification claimed by Monster Cable in their petition to cancel our trademark, they state that MONSTER REPUBLIC is "confusingly similar" and "likely to cause confusion, deception and mistake." Unless Monster Cable is gearing up to make overrated and over priced gold plated infant onesies, I would doubt any possibility that a normal and sane consumer might confuse MONSTER REPUBLIC with their trademark.

I welcome you to visit our site, www.monsterrepublic.com, to see how confusingly similar our trademark and products could be mistaken for a Monster Cable product. I read the open letter from Noel Lee of Monster Cable, no relation, stating that he and his company is NOT a "corporate bully". In the same open letter, Mr. Lee, states he is a supporter of children's programs and a "champion of entrepreneurs" which I regard as less than honest and disingenuous. Mr. Lee's letter is part of a public relations campaign to provide damage control to his company's battered public image of corporate thuggery. Not only do I find Mr. Lee's statements insincere, I regard many of his statements to be false and misleading. As a wise person once said, if it looks like dog pooh and smells like dog pooh then... I think you know how it ends. If Mr. Lee is such a "supporter" of children and a "champion" of the entrepreneurs, I would gladly accept his reimbursement of my legal bills that have run into the thousands in having to defend myself against these unjustified legal attacks. I do publicly state to Mr. Lee and the attorneys of Monster Cable that I refuse to be intimidated by such legal badgering and plan to fight these frivolous legal attacks with my last breath no matter how dear the price; I and my family have worked far too hard and for far too long to be bullied into submission. Mr. Lee wraps himself in the American flag as the son of Chinese immigrants escaping the oppression of the old country. I say to Mr. Lee that I, the son of Chinese immigrants as well, am blessed that I too was born an American but one lesson that Mr. Lee failed to learn from this great country, Americans hate a bully no matter what their stripe or color. Mr. Lee has done well in this country through his hard work and built a business that is an unqualified success by anyone's measure - I simply request Mr. Lee to call off his legal attacks and allow another immigrant's son the opportunity to fight for his American dream to build his own successful business.

From mini golf courses, skiing clothing, kids clothing to Disney movies, does Monster Cable have any bounds? One would almost think it’s become a business model to look for trademark infringements on their name. What boggles the mind is why a company as LARGE as Monster Cable would waste such time and energy on the little guy, especially when there is no perceived threat to their brand equity or name. I would almost make the case for a flip argument that no publicity is bad publicity in their eyes and they simply want tech websites like Audioholics, AVS Forum, Slashdot, Arstechnica, etc to write about it. Does this seem like a stretch? Perhaps, but realize we are dealing with an esoteric cable company. Yes despite Monster’s size, they still cater to audiophiles via their uber expensive line of snake oil, I mean cable products in which they also perpetuate cable voodoo to justify the product asking prices. Its been my experience that the more expensive a cable product tends to be, the more willing the exotic cable company is to engage us in interviews, or attempt to convince us our debunking of their products claims using conventional engineering principals and measurements is irrelevant.  As a perfect example, check out the article I wrote Top 10 Signs a Cable Vendor is Selling you Snake Oil where Audioquest gave me permission to use a pic of their DBS product as an example!

I submit to you that this lawsuit is NOT just another case of bullying, but an attempt to garner FREE press. When we posted the response letter Blue Jeans Cable offered Monster, we received over 200,000 unique visitors per day for nearly a week since news on the internet spreads faster than the California wild fires.

At the end of the day, a good portion of readers won’t remember the facts of the content so much as the company that was named. So I wonder by us posting these Monster frivolous lawsuits if we are inadvertently helping them to further brand their products. I’d love to hear your comments in our forum discussion on this topic. In the meantime, I sympathize for www.monsterrepublic.com that until this lawsuit happened, probably didn’t even know who Monster Cable was. I also commend them for standing their ground and not simply caving in.

Just remember, anyone with $200 can file a lawsuit regardless of how big or small the company is. I wonder who is next to feel the wrath of their Monsterous litigators? Could it be you, could it be us? Only time will tell.

Read the Complete Thread
fmw posts on August 20, 2008 09:24
Albert Lee. Good for you. I'm glad you're standing up to these cretins. You may find it easier than you think. Hopefully you will.

I got a letter from a law firm in Switzerland once threatening to sue me because I was selling a product that they viewed as a knockoff of a product of a client of theirs. I wasn't even the manufacturer. Just the seller.

I don't remember my exact words but I replied telling them that, if they had simply asked me for help in the matter, I would have helped them and discontinued the product if that's what they wanted. But because they insisted on acting with intimidation I would not help them, I would not discontinue the product and then proceeded to give them the address of our local district court so they could bring their lawsuit. That was 4 years ago. I haven't heard a peep yet.

Obviously, their bark was worse than their bite. I don't know if Monster is nuts enough to sue you but they probably are. They can't win if you put up any kind of defense. I guess the question is how much it will cost. We audio enthusiasts need to do everything we can to put these people out of business. The U.S. business community will be better off without them and their products.
leroy11 posts on August 19, 2008 22:49

I thought there were laws in the U.S. that stopped large companies from doing these kind of frivolous lawsuits.

I could sue you for saying that… so, no. Certain (a lot of) judges in this country have allowed so many frivolous lawsuits to proceed instead of throwing them out due to common sense that the case law is filled with them now - many successful due to technicalities, legal minutia, etc.
Strength posts on August 13, 2008 01:22
That's what I thought.

I thought there were laws in the U.S. that stopped large companies from doing these kind of frivolous lawsuits.
mtrycrafts posts on August 13, 2008 00:10

Strength, post: 443948
I don't understand how monster cable thinks they can win these cases? If it dealt with electronic equipment, sure, I see it, but for anything else, it's ridiculous. Monster Cable claims to have some apparel company….what is it? has anyone heard or worn their shirts?!

What they are doing is pathetic. They have no regard for anyone else, putting people out of business by racking up their legal fees and then trying to get a liscencing fee plus percentage of the profit or revenue. Why is nobody doing anything about this bully?

You can't even have a movie called “Monsters” even if it is about Monsters?? This is stupid on so many levels. Monsters is a generic word used to describe, well, monsters.

They don't expect to win them all, only to intimidate the small companies to submit, sign some agreement and pay a fee.
Post Reply