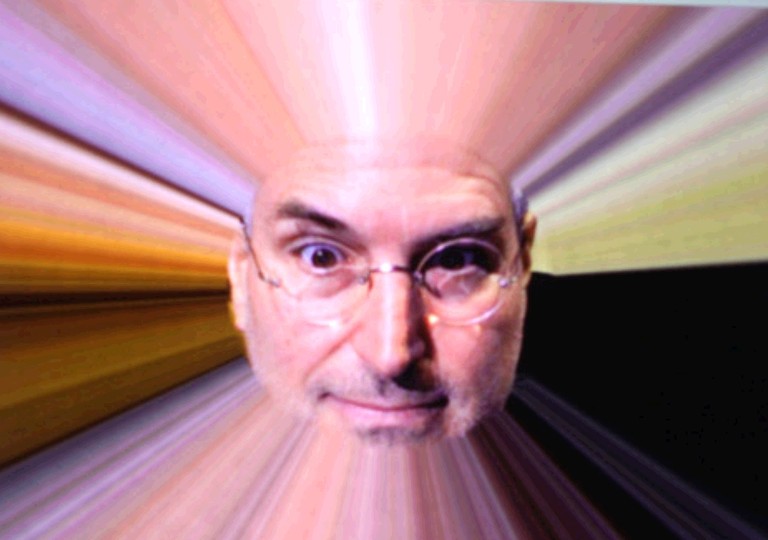 I am watching you

Word around the Internet last week that a software developer had discovered what amounted to a kill switch buried in the new iPhone 3G firmware has now been confirmed by Steve Jobs.

Discovered by developer Jonathan Zdziarski, author of iPhone Open Application Development and iPhone Forensics Manual, the latent kill switch hides in deep in the CoreLocation area of the iPhone 2.0.x firmware.  The particular piece of code points to a URL address that appears to be the start of an application blacklist:

According to Zdziarski, this suggests that the iPhone 3G will occasionally call up Apple without the owner’s knowledge to check what applications Apple has decided should not be allowed to run on the iPhone.

Steve Jobs has now confirmed to The Wall Street Journal that the capability does indeed exist in the new iPhone, but it is benevolent, as he is benevolent.  Jobs what ifs bad, malicious software accidentally getting through Apple’s screening for its Apps store, like what if someone writes code to steal personal information from the iPhone.  This will allow Apple to cleanse the iPhone of such evils.

Hopefully we will never have to pull that lever, but we would be irresponsible not to have a lever like that to pull.

That’s all well and good…ahem…BS…

Other smart phones on the market do not have a covert kill switch.

So why didn’t Apple tell consumers about this beneficial function before they bought their iPhones?

Why wait until someone stumbles across it and exposes it like some sort of conspiracy?

Based on past behavior by Apple, it is certainly no secret that they like to try to retain complete control over the software and hardware after they sell it to consumers.  It is also no secret that Apple was mightily vexed by iPhone owners who do not care for the level of control that Apple demands unlocking their iPhones so that they could do unauthorized things with the product that they had purchased with their hard earned money.

So, it should certainly be no surprise when Apple brings this beneficial feature to bear on iPhones running user installed, non-Apple approved, third party software on either locked or unlocked iPhones.  Apple believes it will benefit greatly from the feature, the owner, not so much.

The first generation iPhone was quickly unlocked from Apple’s control, and hackers have had no trouble keeping up with Apple’s attempts to lock it back down.  So, perhaps Apple is hoping to better contain unauthorized uses on the new phone by adding the latent software kill switch.

Apple previous attempts to control iPhone owner’s behavior even went as far as suggesting that unauthorized applications and unlocked iPhones might inadvertently be bricked by firmware incompatibility during updates and then suddenly iPhones started mysteriously getting bricked soon after, including ones that were not unlocked.

Oops.  That would seem to negate that whole inadvertent claim by Apple for unlocked phones.

Apple denied that the bricking was their doing and then denied warranty service to owners of unlocked, bricked phones.  As there are laws against these sorts of activities, Apple is currently being sued over the whole bricking bit in more than one lawsuit.  Potential legal violations by Apple include quite a number of these laws such as the Sherman Antitrust Act, the California Business and Professions Code, The Cartwright Act, The Magnuson-Moss Warranty Act, The Federal Trade Commission Act, The Communications Act of 1934, and The Telecommunications Act of 1996.

Apple likes to point to Intellectual Property rights, contracts, and license agreements to justify their actions.  Apple has an exclusive agreement with AT&T to provide iPhones in the US and AT&T customers are required to sign up for AT&T service to get the phone.  This ignores the fact that consumers have the legal right to unlock and port phones to other providers.

Here, I will make the important distinction between ownership of what is termed Intellectual Property (IP) and ownership of a product that is based on that IP.

Under the Doctrine of First Sale, which applies to both patents and copyright, when a company sells a product they relinquish control of the particular item to the purchaser.  In other words, the purchaser owns the product and can do with it anything they like, including modifying and reselling the product.

The only limits in what a purchaser can do with a product depends on the status of any copyrights or patents protecting the ideas that went into creating the product.  If the term of any copyrights or patents is not exhausted, then the purchaser does not have the right to create copies or similar products for sale based on the original.  But after the legal term of protection has expired, they can do this as well.

Software companies like to play the intangible nature of software to confuse what is owned and what is not to circumvent the Doctrine of First Sale.  This is usually done through a shrink wrapped End Users License Agreement (EULA) that is nonnegotiable with any attempt to install the software terminated if do not accept is pressed after the terms.  The EULA typically says that the consumer does not even own the particular physical copy of the software that they have paid for, they are only granted license to use, more consistent with rental/lease arrangements.

Case law has been mixed, but periodically EULAs limiting consumer’s ownership rights get smacked down because the transactions to obtain software look an awful lot more like sales transactions rather than rental/lease transactions.  The legal reasoning is that software is typically provided to consumers using front loaded transactions, full payment upfront, whereas rentals/leases are based on amortized transactions, payment over time.  That and they like to say words like purchase and sale all over the place except in the fine print of the EULA.

People often find creative ways to use what they have bought that is beyond the manufacturer’s original intent and the iPhone is no exception.  Apple may not like it, but ultimately, companies like Apple will have to get it through their collective heads that people don’t like to be told what they can and can’t do with something they have paid money for, even if the company tries to call the sale a license.

To do otherwise does nothing more than piss off money paying customers who will eventually find a preferable alternative on which to spend their money.

Read the Complete Thread
jamie2112 posts on August 17, 2008 13:41
I have heard no bad reports from any of the people I know that have the Iphone. Everyone seems to really love it. I myself do not like AT&T and when Apple makes the Iphone available for verizon then I will buy one…..I am a total self confessed Mac junkie as well and I don't know what I would do without my Macbook……..
Adam posts on August 17, 2008 13:28

Thaedium, post: 445167
That woulda been great back when I got ridiculously drunk in England back in 2005 and ended up two or three towns north and 8 hours AWOL of where I was supposed to be.

Ha, ha! Thanks for the laugh! Hee, hee…still chuckling.

BTW, I don't think that you would have been able to use, or understand, the iPhone if you were that drunk.
Warpdrv posts on August 17, 2008 13:17
I bought the 3G and I love this phone… I could really care less about Apple having their finger on the trigger for apps, I have all the stuff running on it that I need, I don't really need anything all that complex so far what they offer for free and are selling at the app store has been great. I have yet to find something that I wanted to purchase from there, but maybe in the future I will.

I think they put in that capability for people that are hacking the phone, but once that hacking it becomes more stable for this new release I will more then likely do it so I can customize it a bit further…

I had been waiting for a long time for a product that had the type of ability and seamless integration that it does for me and what I need from it. Instant access to Email, un-restricted Internet, GPS, Ipod, camera, Calendar/scheduler, extensive contact list, bluetooth…. it is really an all in 1 tool for me that has become a priceless tool in my day to day tasks.

Does it have limitations… sure, but nothing I can't live without….

Want to talk about control…. my last phone had internet access, but it was their browser, and you could only access info the way the carrier laid it out for you… I couldn't handle that anymore, and it got to a point that I hardly ever used it…

I wouldn't give this thing up for anything else out there, and I don't think anything comes close right now… will that change in the future, sure but for now the Iphone got it right and it will only drive other products to step up to the plate to achieve something better…
BMXTRIX posts on August 17, 2008 09:18
Why does it matter if you aren't on AT&T?

Who has a phone on a network that doesn't have the ability to completely disable their phone by turning off the lines?

How many people have home phones that don't work when the phone company turns off service?

Sorry, a focus on any specific company for following the trends and actions as has been established throughout the industry since the start of time and ‘calling them’ on it, seems silly and petty.

My iPhone won't work at all… I have Verizon.

But, the second Apple releases the iPhone on a network I can use, I'm all over it. There is not a single person that I've met who owns an iPhone who has been anything less than completely thrilled with it.
wooster posts on August 17, 2008 04:25
Not the whole iPhone! Just applications!!!

"Finally, Jobs confirms the ability to remotely disable an application:"

On the contrary I as a mail-server admin can remote wipe the complete iPhone (or a P990, N91 or a BB for that matter) with my administration tools if the phone in question is connected with Active Sync to my server. Why? For security if the phone gets stolen.
Post Reply