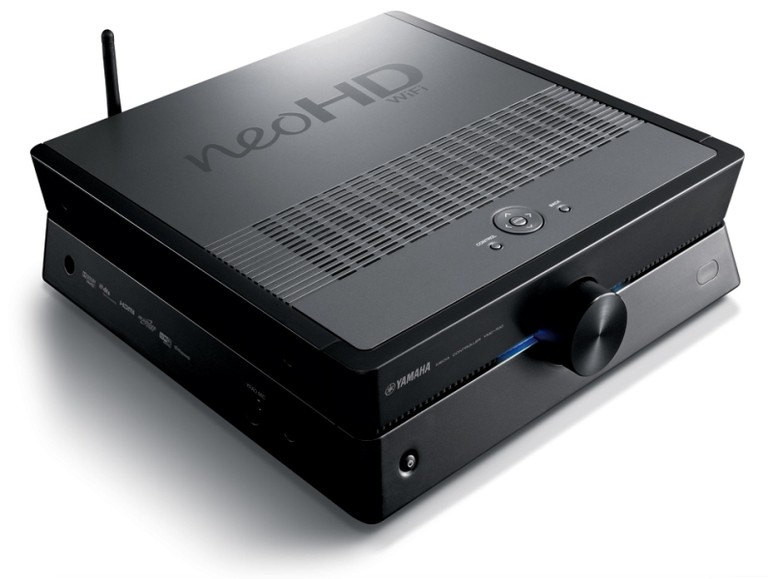 If you've caught a recent episode of the AV Rant podcast, you've probably heard me mention the Yamaha neoHD YMC-700 Media Controller. Even before I got a unit in for review, I couldn't help but be intrigued by the premise. Essentially, Yamaha is attempting to take a Home Theater in a Box receiver, a streaming media device, and a universal remote system, and shove them all in the same package. Sounds great to me, a knowledgeable enthusiast, but in order to convince the uninitiated it has to work as good as it sounds.

gene, post: 662910
I bought my parents a nice Denon receiver and blu-ray player and get virtually everytime they turn on their system to watch a movie

Gene, I think you missed a word, between ‘get’ and ‘virtually’. Is it ‘called’? If so, I totally get your point. I once gave my in-laws some stuff after an upgrade, and got calls all the time. Not getting called = priceless, and priceless = great value.

I didn't get the feeling from the article that this system was a generation up on a Harmony remote and regular gear. If it is, then it could be just what some people need, my in-laws included.
MapleSyrup posts on December 21, 2009 00:44
gene;

I'm not getting the 5 out of 5 value rating. For $800 I can get an Xbox 360, a universal remote, and a pretty nice receiver. If I cut back on the receiver a bit, I can throw in a Blu-Ray player with Pandora, etc. And, I won't have to strip off the banana plugs on my speakers, not loose my rear surround speakers.

True but can you grandma or even your mother operate the XBOX 360 and receiver? This product is designed for non tech savvy people that want decent sound with the most possible operational ease.

I bought my parents a nice Denon receiver and blu-ray player and get virtually everytime they turn on their system to watch a movie despite i programmed macros on their Harmony remote. I wish this system was out before i got them the Denon stuff as it would save me a lot grief.
droht posts on December 19, 2009 19:48
Sounds like a case of “close but no cigar” if the universal remote functionality is one of the weaker links. If this is for the casual user who doesn't want to integrate a URC and AVR and iPod then the remote better be one of the high points.

The Harmony remotes couldn't be much simpler to set up. I think a lot more people would buy them if they were exposed to them.
Seth=L posts on December 18, 2009 22:55
I'd really like to see a full line of audio/video receivers come out with a host of features like this.

Feature # 1 - a clear motivation toward recogizing HDMI as the primary connection with other connectivity coming in very secondary. There should be a mini-din adaptor or RS-232 port that will allow custom installers to add an analog audio/video switching device controlled by the receiver. it would perhaps be all to easy to have the peripheral to use HDMI as an output with a 1/8" control adaptor to sync the devices. The inside of the receiver should have a powerful processor allowing these expansions to take place without interfering with the speed of the system in terms of switching and detecting signals.

Feature # 2 - The secondary unit discussed above may also have a decent video scaler in it, especially if we are talking about a HDMI based output device. Since most HDMI sources themselves are not in need of being upscaled it would be senseless to have one on the receiver itself, just the accessory.

Feature # 3 - The receiver should use Class D ICE power or similar yet effective technology but on a stripped down level for lower output that can be fit into a small devices such as these newHD receivers. This would give the installer the option to use many different types of in wall speakers and possible full size home speakers if they so wish.

Feature # 4 - The network and wireless capabilities should be part of a third unit. The third unit should have it's own display. I'd like to see the display technology that was used on the DSP-A1000, but I could accept Yamaha's current amber displays. (by the way, the same should follow for the receiver in terms of display type, the analog video switcher doesn't need a display).

Feature # 5 - The units should be stackable. I also believe that the design of the receiver, network device, and analog video unit should be trapazoidal allowing one to flip the analog video device upside down (since it has no display, top and bottom should be bare of anything that would indicate which side is up) to line the units along side one another to leave no void between each component should the installer or user choose to arrange them this way if they have all 3 units.

Feature # 6 - The receiver should contain the connection to the iPod accessory powered by USB. The USB port should allow use with other devices, such as mass storage to allow you to use the receiver as a media server.

The use of a toroidal transformer inside the receiver is a must, to increase efficiency and save space maximizing the potential power output. Perhaps a wide range of products could be spurred with a similar design philosophy, such as Blu-ray players, double size receivers with bigger amplifiers and more inputs, separates with different amplifier options ranging from a single small box solution to several mono block amplifiers of the same physical size as a single multichannel amplifier.
Post Reply