Long vs Short Speaker Cables: Does it Really Matter? 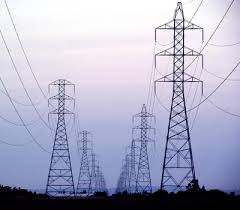 The Claim: "Your cable lengths between speakers should be as close to the same as possible."

More often than not, I see the common question pop up in our forums regarding speaker cable length differences between two or more speakers. Folks often wonder if the cable length between the main front channels need to be identical or close to identical. They are often misinformed by exotic cable vendors or cable forum cult hobbyists that cable lengths need to be kept identical to a void amplitude or phase/time delay differences between the two. They often go one step further and misapply transmission line relevancy at audio frequencies.

In our article on Debunking the Myth of Dielectric Absorption in Cables we learned that even conservatively considering transmission line effects on cables up to 100kHz ( 5 times the audio bandwidth ) with 1/10 wave approximation, it would take a cable of over 980 feet to become relevant! At that point, the RLC losses alone of a typical 12AWG zip cord cable would attribute to over 12dB of attenuation of the upper frequencies, not to mention over 3dB of insertion loss due to cable resistance alone!

So what does matter in speaker cables? Watch the following related YouTube video discussion before continuing reading this article.

The RLC losses in speaker cables matter, especially the resistive (R) losses. Below is a basic lumped model for one foot of speaker cable.

The typical 12AWG zip cord has about 3.4 mohms of loop resistance per foot, .200uH/ft of Inductance and about 20pF/ft of capacitance. As the cable length increases, these three parameters increase proportionally. However, it takes very long lengths of cable to cause measurable, let alone audible differences. If we examine the data from our various Speaker Cable Face Off articles, particularly Speaker Cable Face Off I, we see that a 10ft length of 12AWG zip cord terminated into a 4 ohm load only experiences -.088dB of loss at 20kHz and about 2nsec of group delay. Increase the cable length to about 50ft and we do see losses surmount to about -.745dB and 209nsec. Note that at 20 kHz, a phase shift of 36 degrees represents 5 microseconds (almost 24 times larger than our 50ft cable delay), this delay being considered as close to the limit of human directionality perception. Further examining the data from our article Skin Effect Relevance in Speaker Cables we illustrated that model for human hearing is highly insensitive to ultra high frequency response and also discussed that music above 8kHz is harmonic in nature with minimal content at the high frequency extremes. It is a good idea however to use lower gauge wire (10 AWG or less) for runs greater than 50ft to minimize these losses especially when driving loudspeakers with a low impedance (4 ohms or less) profile.


"Note that at 20 kHz, a phase shift of 36 degrees represents 5 microseconds (almost 24 times larger than our 50ft cable delay), this delay being considered as close to the limit of human directionality perception."

This sentence highlights one of the main problems with the non sequitor "logic" seen on so many audio websites and magazine publications. A 20KHz harmonic note (because that's what it is) represents the 5th harmonic of the highest fundamental frequency on a concert grand piano, 4,156Hz. Frequencies in this lofty realm can be heard by a very young, small percentage of the world's population. Typically this frequency will be over 20dB down from the fundamental which means that relatively close proximity to the reproducing system in a very quiet acoustical environment is required to hear these frequencies by the select few who have the capability.

A 5 microsecond delay has only been detected with any degree of certainty, under controlled laboratory conditions, within the approximate 3500Hz region where the ear is most sensitive. Again this detection must be in an extremely quiet environment, certainly below NC20, almost anechoic in fact.

The reality here is that the beginning statement, though it may be technically true, is ludicrous by nature of its construction which may and I fear does lead most of the hangers-on of such debates toward yet another thread of hopefulness in their trivial cable pursuits. We know what constitutes a "good" cable for any given length based on their associated lumped RLC parameters and construction defined in many articles on this very website. All that's left now for the reader should be to simply read our cable reviews over the past decade and buy the cables that measure within those parameters which are priced at a level of affordability-to-quality-of-construction that makes sense. Done deal.

It seems ironic that with all of the advances in digital room equalization and passive room treatments, which literally transforms the listening experience on a monumental scale, to comment on such trivia matters as cables. But the fact that such controversy continues among those who would like to identify themselves the audio cognoscenti serves only to illustrate, to us at least, that we've got a long way to go in understanding and putting into proper significance the percentage importance of cable (which is miniscule) to that of the speaker/room interaction conundrum as experienced at the listening seat, the only place any of this matters.

There are NO reasons why cable lengths between channel pairs (ie. Main Left, Main Right, Rear Left, Rear Right, etc) need to be kept identical, but avoiding a ratio greater than 5:1 of identical wire gauge is good measure for minimizing RLC losses which can affect system damping factor and attribute to frequency response variations. If cable runs need to be much longer, selecting a cable of lower gauge for the longer runs is advised provided that the geometry and conductor spacing is conducive of keeping Inductance (recommended < .200uH/ft) and Capacitance (recommended < 50pF/ft) in check.

Should Speaker Cables be the Same Length YouTube Discussion

Transmission line effects at the typical length of speaker cables should be ignored. As a rule of thumb, we always recommend keeping cable lengths as minimal as possible, but not too short that it compromises accessibility to equipment. Follow our Cable Budget Guidelines when selecting the right cables for your applications. Avoid the typical Cable Snake Oil often purported by exotic cable vendors as gospel truths.

The bottom line is the resistive losses are far more a dominant factor to consider when choosing loudspeaker cables.  The associated electrical delay of a "long" cable vs a "short" cable is simply not a real issue to concern yourself with.

And always remember our motto “only poorly designed cables are sonically distinguishable”.

Read the Complete Thread
Speedskater posts on August 01, 2016 16:24
A good outdoor system would use a:
70V Constant-Voltage Audio Distribution System
Montucky posts on August 01, 2016 09:21
What would your thoughts be on running thin gauge wire across super long distances? While I 100% agree with the article in 99.9% of cases, I just ran across an install where the AV company ran like 16 AGW wire to 4 outdoor speakers (4 ohm load) at a distance of like 500'. Good amps, decent speakers, but it sounds TERRIBLE. I've been tasked to make it sound better, but I'm scared to suggest that we might be trenching up and replacing all that wire with something thicker. I already tried swapping speakers with the far superior RBH R8s, but didn't make much difference which tells me something else is up.
Speedskater posts on August 01, 2016 08:20

Jersey Jim C, post: 1148021, member: 79666
An how many cable manufacturers publish their capacitance specs, inclusive of connectors? And since so many of them make snake-oil claims; why should I believe their specs?

Speedskater, post: 1147908, member: 63798
The few times I measured RCA cables, I didn't have problems. But test leads with clips are available.
It's takes a good DMM with a low capacitance value range. As a 3 foot (1 meter) cable could read as low as 45 pF. But must phone cartridge / pre-amp combinations require well more capacitance than that.

Working on a 28" female DIN to RCA phono cable, my MM measures one DIN to RCa shield combination at 6.4 mOhms, and all 3 (excluding center ground) others as open. That 6.4 mOhm Din socket must be the one to measure, right? Not so sure. The measurements are not reproducible and range from 1.7 to 0.047 nF. Worse yet some of the other DIN combinations to the same shield measure as high as 0.049 nF.
I think I'd better trust mu auditory perceptions and stop wasting time on this bullshit! Anyway, the cable's contribution to overall capacitance or resistance (I have both MC and MM carts) is probably minute. And if it makes me feel better to believe that smearing my cables with butter helps the electrons slide around easier, ‘taint no body’s bizznis but my own. …and the ants'.
Jersey Jim C posts on July 31, 2016 18:06
An how many cable manufacturers publish their capacitance specs, inclusive of connectors? And since so many of them make snake-oil claims; why should I believe their specs?
Post Reply