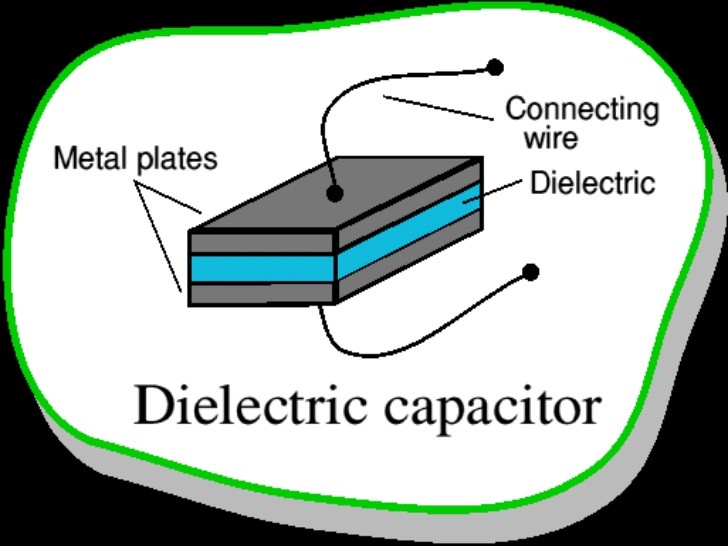 Before we debate the relevancy of Dielectric Absorption relating to speaker cables, and commonly perpetuated by many exotic cable vendors and cable cult hobbyists, let us first define the roll of a dielectric.

According to Wikipedia ( http://en.wikipedia.org/wiki/Dielectric ) the definition a Dielectric material is an insulator. The ideal dielectric would be a vacuum or infinite impedance. However, real world dielectrics do NOT have infinite impedance and therefore are not perfect. As frequency increases, the Dielectric starts exhibiting shunt resistive losses which can be measured and quantified as signal loss across the termination load. Fortunately for our application (audio) these shunt losses don't begin to surface until frequencies much higher than the audio bandwidth.

At audio frequencies, even the worst dielectrics (ie. Polyvinyl Chloride, aka. PVC / plastic) used in cheap and many exotic speaker cables maintain shunt resistive impedances in the mega ohms or more. When dealing with a low termination impedance of a loudspeakers (usually in the order of several ohms) the dielectric shunt resistance is on the order of 10^6 greater, thus the parallel impedance remains virtually unaffected and we see no losses due to the dielectric at audio frequencies.

This is a basic model for a speaker cable where Rs represents the AC and DC resistive losses, Ls represents total loop inductance, Cp represents pair to pair cable capacitance and G represents conductance ( 1 / Rdielectric). All dielectrics have what is known as "loss tangents" or dissipation factors. The reason it is called "loss tangent" is because it is the tangent of the angle between G(which is real) and admittance Ycapacitance = 2*pi*f*C (Which is imaginary). Since both G and Ycapacitance are both functions of frequency, the tangent (or ratio of the two) is frequency independent. If there where no dielectric loss, Rshunt would equal infinity and G would be zero, therefore the tangent of the angle between them would also be zero.

In this case, we will consider standard 12AWG Zip Cord with PVC insulation where measured Cp = 14pF/ft.

G can be found by the following relationship:

As you can see, Rdielectric is infinitely large even up to 1MHz compared to the load impedance of a loudspeaker. G is typically on the order of 10^-6 for most materials used for cables and its losses become significant at much higher frequencies than audio (usually in RF regions after heavy skinning has already occurred).

The reason that we usually use conductance (or admittance) for the shunt element, instead of impedance, is that conductances in parallel add directly. Thus another way of showing the dielectric losses (or lack thereof):

Multiplying the numerator and denominator by G1*G2 gives;

Thus the dielectric losses at audio frequencies where the cable is terminated into a low impedance load such as a loudpeaker are insignificant.

Signal Integrity Experts such as Dr. Howard Johnson have firmly established that there are four frequency regions when dealing with signal propagation.

Within each region the requirements for termination and critical metrics differ, as do the tradeoffs between length and speed. Remarkably, this relationship holds true for any type of metallic transmission media across all four regions.

The transmission line losses contain conductor and dielectric losses. The conductor losses may be in turn be represented as DC resistive losses plus skin effect losses, with the latter becoming more significant as frequency increases. At sufficiently high frequencies (exceeding 1 GHz) the impact of dielectric losses being proportional to frequency tend to dominate over the Ohmic resistance (frequency independent) and also the skin effect (which varies with square root of frequency). The losses for speaker cables at audio frequencies are predominantly in the RC region with secondary considerations in the LC region above 10kHz. Skin effect losses are negligible in this case as illustrated in our many cable articles:

To better understand the relationships between frequency and impedance of transmission lines, I suggest the following paper authored by Belden Cable and hosted by DuPont.

Characteristic Impedance of Cables at High and Low Frequencies

Transmission Line Effects
If we use classic and proven transmission line theory to determine the importance of cable impedance matching at audio frequencies, we derive the following:

The limit of human hearing is about 20kHz. However if we consider the audio bandwidth limitation to be 100kHz (based on maximum bandwidth of high resolution audio formats such as DVD-A and SACD, and considering sharp rolloff of power amplifiers to preserve SNR and stability), using a solid dielectric, with approximately the same dielectric constant for our cable as PVC where:

This cuts the physical wavelengths where impedance matching matters to 1,680 meters or 5,511ft. A quarter wavelength, which is often used as the benchmark for where the characteristic impedance of a transmission line becomes critical, is then 420 meters or 1,377 feet. Many think a quarter wave is a bit too long to use, and prefer to go with 1/10 wavelength or so. If we are considering ultra high performance, and use the 1/10th wavelength more conservative estimate to determine the point at which the cable's electrical length becomes long (with respect to a wavelength) to consider transmission line effects for audio cables, we derive 168 meters or 511ft. If you consider using common low resistance 12AWG Zip cord (3.27 ohm/1000ft loop resistance) as speaker cable at this length, then you would effectively be placing 1.7 ohms of resistance in series with your amplifier and speaker.

With a nominal 4ohm impedance speaker, the resistive losses at these cable lengths would dominate and result in over 2.4dB of signal loss alone, not to mention destroying the damping factor of the system. Add in the reactance losses (inductance and capacitance) and we see a whopping 11dB of loss (not factoring in any potential amplifier stability issues from the high reactance of the cable). My point here is the lumped impedance losses alone would have a far more profound affect than transmission line and/or distributed losses could ever dream of having.

Let's put aside the obvious about the unimportance of transmission line effects on speaker cables for a moment and look at the dielectric to determine if dielectric absorption can cause signal loss or distortions at audio frequencies like many exotic cable vendors claim.