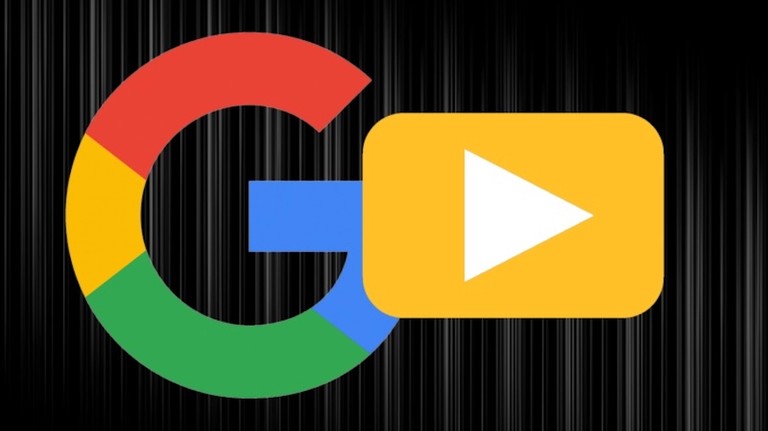 Last month we learned from Protocol that Google has been working on its own 3D audio and enhanced HDR video standards in what it calls its Project Caviar. One result of Protocol's news, including from Protocol itself was a lot of high-flying speculation about what Google could do with yet more competing standards. Does Google want to KILL Dolby by taking over the industry? Protocol called it one of Google's most ambitious pushes in open media formats since it began developing royalty free video codecs over a decade ago. Google has been trying to convince hardware manufacturers and online platforms to support its upcoming new standards and its tactic for achieving market penetration is to offer its equivalents to Dolby Vision and Dolby Atmos completely free of royalty fees. Competition in audio/video is usually a good thing for consumers. But it's a lot harder to swallow when it comes to new standards, especially yet another audio and video standard vying to be universally adopted. Cue the “14 Competing Standards!” comic strip:

That Google’s new standards will be free of licensing fees and has the potential to make them an inviting add-on for manufacturers and platforms that already pay licensing fees to Dolby for the use of its technology. In theory, these savings could be passed onto the consumer, providing they were willing to do without their well-entrenched Dolby counterparts. But despite its licensing fees, Dolby’s brand of premium entertainment experience is already well embedded into current-era audio/video ecosystems. It’s unknown exactly how much consumers pay to Dolby per-unit in licensing for Atmos or Dolby Vision, but the Protocol article that spilled the Project Caviar story gives one example from an unnamed manufacturer. Apparently, a popular consumer streaming box that wholesales for $50, only pays about $2 per-unit to add Dolby Vision and Dolby Digital.

Google’s Project Caviar has apparently been in the works for some time and Google hasn’t been going it entirely alone. Protocol says its new formats are governed by an industry forum that are on-board with keeping it free for manufacturers and service providers to adopt. So what’s the source of Google’s audacity in thinking it can single-handedly steer new AV formats into broad adoption? Well, this is Google we’re talking about here. Google doesn’t exactly have an unblemished track record when it comes to launching major new consumer-facing projects: R.I.P. Stadia! Outside of hardware support, a few of the key components in the chain that would help put Google’s new standards into consumer hands include operating systems, streaming services and a browser would also be a big help. Google just happens to own the world's most widely used for all three.

YouTube, the world’s largest video streaming service also happens to be in need of both a surround format and an HDR enhancement. YouTube currently supports vanilla HDR but has no Dolby Atmos or Dolby Vision.

So, with a successful launch of Google’s own audio/video standards, YouTubers could be empowered to shoot Google-enhanced video on an Android phone while capturing a Google-enhanced audio mix before uploading to its video sharing platform. Then it can be viewed on Chrome browsers and YouTube apps around the world. The entire operation would be tidily encapsulated inside Google’s own airtight ecosystem. Software enhanced YouTube videos for self-made content on Android devices is one thing, but getting the film, music and audio/video industries on-board is another matter. Hollywood film editing and music industry recording studios are unlikely to adopt another format for mixing sound and video editing. Dolby began ushering-in its future vision for Atmos & Dolby Vision as early as 2012. The release of Disney-Pixar’s Brave saw the debut of Dolby Atmos technology in June 2012, followed-up two years later with the addition of Dolby Vision. Both are incorporated into what Dolby calls its large format concept dubbed Dolby Cinema.

Dolby Atmos has its share of competition in surround formats in both home theater and in movie theaters with Auro-3D and a persistent DTS. While levels of success vary, Atmos alternatives aren’t in any danger of knocking Dolby out of its entrenched position. Dolby Vision already has a competitive front-runner in HDR10+. The new high dynamic range standard for motion pictures was announced in 2017, the result of a collaboration between 20th Century Fox, Panasonic and Samsung, companies that make up the HDR10+ Alliance. Consistent with Google’s plan, HDR10+ is also a royalty free technology and although it has achieved some adoption outside of its founders, it has more dabblers than committed champions. Amazon Prime Video and GooglePlay movies use HDR10+ for select titles. But, Amazon Prime Video has been moving back to Dolby Vision for new releases after a 6-year agreement with Samsung to stream using its HDR10+ format. On the hardware side Panasonic and Samsung have been joined by VIZIO in adopting HDR10+ for its TVs and Chinese brands like Xiaomi and Oppo Digital are known to use it for mobile services. Otherwise, despite some traction, royalty free hasn’t helped HDR10+ grow into a serious contender for Dolby Vision. Based on one estimate of the top display models for 2022, the majority support Dolby Vision for enhanced HDR, with the one notable exception of Samsung that remains dedicated to its HDR10+.

Shifting to a 15th Standard

For consumers, saving a few licensing bucks on AV hardware is fine if you can get it. But these savings would be irrelevant if Google were truly vying for broad consumer support. Asking us to buy new hardware to support a new standard is likely to result in severe backlash. Hey, it took some us years to acquire the spousal approval factor needed to place speaker-cabinets around the big-screen in just the right position. Home theater households aren’t going to appreciate having all that work upended by a new audio standard. Especially after we’ve already gone through the hell of putting holes in the ceiling to wire for Atmos. Some of us are still cleaning up the drywall from last time! It’s unlikely Google is planning to offer any serious competition to Dolby, even if it does have the rare ability to subsidize and overwhelm any market that promises gains to its advertising business. Project Caviar is more likely to exist as a mobile option for content creators and not an option for movie soundtracks and immersive audio for recording artists. Google could include simplified editing tools for high-quality video capture with 3D audio that can automate the process using specialized AI. Putting sophisticated tools into the hands of creators will actually help Google with its real business aims. A more compelling viewing experiences on YouTube will only keep people on its platform longer.

Google’s royalty-free strategy would make for a light touch on the industry and that could help embed its formats as an addition to existing ecosystems. What AV products and services wouldn’t want to include support for YouTube’s future HDR and 3D sound capabilities? It could be one more in an already long line of industry logos emblazoned across the box of your future AV equipment. If any market has cause to worry about Project Caviar, rather than Dolby, it's probably going to be the makers of low-cost home audio equipment, such as soundbars, portable and especially smart speakers. This is a market where Google has a vested interest in capturing behavioral data from users to feed its advertising algorithms. Google already competes with the likes of Sonos in this market, and Sonos would argue it competes unfairly. The search company stands accused of stealing key technology from Sonos while the two companies were hashing out an agreement to bring Google Assistant capabilities to Sonos speakers. It seems likely Google would be eager to add its own 3D audio capabilities to its own platforms such as Google Home, Chromecast and its line of Nest smart speakers. A forthcoming Nest soundbar seems like an obvious next step. There is already a market for it, as evidenced by trends in online search from those seeking for instructions for obtaining a rendition of surround sound from a group of Google Nest speakers. But Google doesn't have to release its own, it could also make its 3D audio standard a requirement for licensing Google Assistant for future smart soundbars from any manufacturer.

In support of collecting user-data for advertising, Google has proven more than willing to subsidize its own low-cost hardware. This has already resulted in one congressional antitrust hearing from Sonos claiming Google's unfair business practices involving subsidizing audio equipment through its advertising business. But, as one of America’s most generous lobbyists, Google will likely get its money’s worth out of Congress.

The prospect of a Google Nest soundbar, 5.1 or 5.1.2 HTiB system for an astonishingly low price, or Google's audio format embedded into other brand's offerings alongside Google Assistant doesn't seem so far-fetched. It may not be Atmos compatible, but it could come packing Google’s 3D sound! And you'd benefit from targeted ads, tailored to all your video viewing and listening habits as your selections are safely stored in the cloud where Google can sell it to advertisers both foreign and domestic.

Trebdp83, post: 1577623, member: 43634
Google is hardly alone in that behavior. Some consider Apple, Google and Microsoft the Unholy Trinity.

All companies are discontinuing products but Google is in a league of their own of short attention span.

The problem with Google is their penchant for not sticking with their products and leaving their customers holding the bag when Google randomly decides to discontinue it.

It’s not just the codec itself but all the tools, software and other technologies needed from production to the consumer.
Trebdp83 posts on October 26, 2022 13:22
When companies with deep pockets make deals with Dolby, those deals may and often include exclusivity agreements. So, a competing company may put out a product of similar type and performance that does not include Dolby because an exclusivity deal needs to expire before it can do so. Just ask Sony. Dolby and Microsoft aren’t talking.
https://nerdburglars.net/why-is-dolby-atmos-not-on-ps5/

Rather than deal with complaints about the lack of Dolby support in products as has been the case for some companies, perhaps Google, with its own deep pockets, decided to go their own way.

What dolby has more than anything, as was mentioned, is brand recognition. It also got ahead of the bandwidth curve and became the most viable option for streaming content. AC-4 will better its position still.

Dolby Vision had been marketed as the ultimate in HDR. So what if no current 10 bit TV panel can display the best its 12 bits can deliver from its 8 bit container.o_O HDR10+ didn’t gain much traction with very few discs, Samsung and Amazon supporting it. But, I believe Hulu, Paramount+ and a few more TV manufacturers now support it and Apple will start delivering a new Apple TV 4K in a couple of weeks that supports it as well.

I’d be interested in the outcome of Google’s endeavor. If it goes south, they can call it a day and go back to being extorted by Dolby. If it gains traction, they can start making their own deals that others cannot refuse and some may try to follow their example. Many will be oblivious to any new formats anyway as their devices output video signals in SDR and audio signals in two channel PCM and have their systems set to ALL CHANNEL STEREO.
Post Reply