Is Too Much Amplifier Negative Feedback Bad? 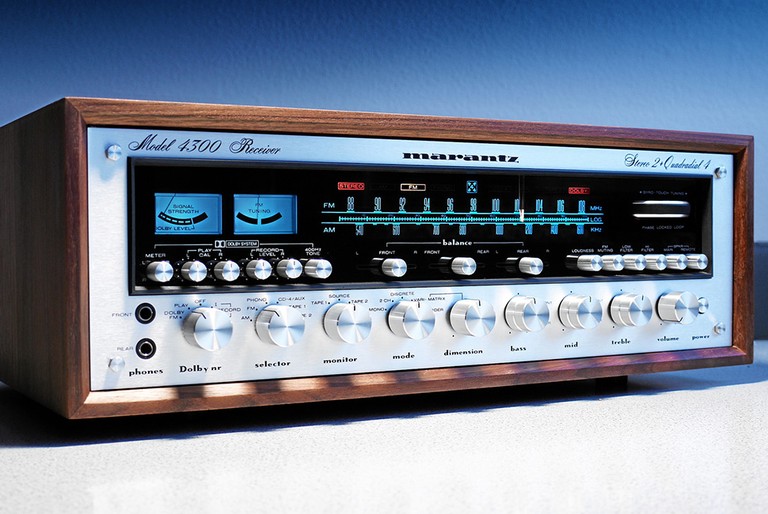 Feedback is an ubiquitous and unavoidable basic technique that keeps the world running. It is only controversial in consumer audio, and then only specifically in power amplifiers. This dates from early solid state amplifiers that were thought to use a lot of feedback, but that only did so at really low frequencies. Over most of the audio range the feedback loop didn’t do much. Unsurprisingly those amplifiers sounded rather bad. In the public mind, feedback became associated with the sound of these early solid state amplifiers.

Designers quickly found out that “just adding more feedback” is actually a hard core engineering problem. The basic methods from the 70’s were limited by the speed of the power transistors. Gradually designers discovered ways of increasing feedback without needing more bandwidth. The easiest and most common is nesting a local feedback loop inside a global one. Even though both are individually limited by bandwidth, the two combine together to make a large amount. This was a major victory. Sadly by now (the early 80’s) feedback phobia had already become audio gospel. So, manufacturers decided to hide the fact that they had just massively improved sound quality by adding a lot more feedback. Instead, the myth was softened to say “use mostly local feedback and avoid too much global feedback”. In the early 90's I was quite fond of a Pioneer VS-X4500S 100wpc receiver I had powering my JBL LX-44 speakers. I remember reading the spec sheet which boasted a vanishingly low distortion something like .008% THD+N. As a budding student studying electrical engineering, I thought this was truly a SOTA design until I brought home a Rotel 2CH amplifier with a much higher distortion rating. The Rotel absolutely spanked the internal amplifiers of my Pioneer. The bass was much tighter and the sound was much cleaner and more dynamic. I didn't have test gear at the time to measure what was going on but I recalled a tech at the hifi shop I worked for declared my Pioneer "used too much negative feedback". I didn't even question this assertion and it took me years to overcome my fear of "too much negative feedback" in amplifiers. It wasn't until Bruno and I discussed this topic at length that I realized that Pioneer probably didn't have that much feedback after all.

This was helped by the fact that getting the equivalent amount of feedback with a global loop alone is not at all obvious. Reliable methods are math heavy and were only developed in the 90’s by designers of sigma-delta ADC and DAC chips. Naturally unburdened by feedback phobia, some of them turned their attention to class D amplifiers. Even then it took a surprising amount of work to mature the technology. The current high degree of acceptance of class D amplifiers in hi-fi is almost entirely due to work on feedback loops, so feedback avoidance has not much traction in class D circles.

Of the many myths against feedback, the idea that feedback causes TIM is probably most noteworthy for being not just wrong, but also the exact opposite of the truth. TIM happens in the input stage. An increase in global feedback makes the input stage work less hard. That causes a disproportional reduction in TIM. As more respected manufacturers are coming out of the closet concerning their heavy and happy use of feedback, the myth is increasingly on the back foot. Nobody with a solid working knowledge of feedback theory chooses to avoid it. “I choose to avoid feedback” is an all too transparent code for “I’ve yet to figure it out”. Perhaps the biggest myth surrounding feedback is that it is a quick and easy fix. It isn’t. Feedback is a fascinating and complex topic that lies at the core of successful design.

Stay tuned for an up and coming technical explanation with the maths on the benefits of amplifier feedback via a more advanced article and Youtube Discussion.

Bruno Putzeys (b. 1973). Trained as an electrical engineer at the Belgian National Radio and Film Academy. While his sights were always firmly fastened on sigma-delta AD/DA conversion and class D amplfication, his attic experiments still involved a lot of valves, vinyl and big heatsinks. He learned the ropes of R&D during a 10-year stint at Philips. His time at Hypex saw a wide adoption of his amplifier circuits into various high-end audio products while work at Grimm Audio turned into a first foray into active loudspeakers. He currently divides his time between Kii Audio, a manufacturer of complete active speaker systems and Purifi, an R&D outfit specializing in amplifiers and loudspeaker drive units.

I forgot he was from Oxford.

Oh no you didn’t just go there, Stephen Hawkins was an inspiration to other’s with total Paralysis from his Debilitating disease to his very end of his life. He like many other’s who didn’t take a Cowards way out by taking his own life. Haven’t met the man in person but I have followed his work and his Accomplishments in life and his Field of science was nothing short of astonishing. If I could only have his Courage. His Constitution of Will surely is a standard set. The man had a wonderful Spirit of life.
Gmoney posts on May 18, 2020 20:16

Pogre, post: 1391940, member: 79914
Yes, I'm familiar with who Stephen Hawking is. Richard Dawkins is also a scientist, but he's from England and his field of expertise is evolutionary biology and ethology. He also does talks, debates and is a huge proponent for critical thinking, skepticism and the scientific method. I've listened to many of his debates and Bruno sounds a lot like him.

Good info Pogre, I’ll do some research on Richard Dawkins. Interesting, I had to ask wasn’t sure thx. Just a note there is a, Method to the madness of the way my mind works. Now on Bruno, you have any links of his Work or Articles. PENG may have postup a link on his work don’t remember which Thread may be on this one.
Verdinut posts on May 18, 2020 17:14

I forgot he was from Oxford.

I couldn't tell by his accent!

Pogre, post: 1391940, member: 79914
Yes, I'm familiar with who Stephen Hawking is. Richard Dawkins is also a scientist, but he's from England and his field of expertise is evolutionary biology and ethology. He also does talks, debates and is a huge proponent for critical thinking, skepticism and the scientific method. I've listened to many of his debates and Bruno sounds a lot like him.