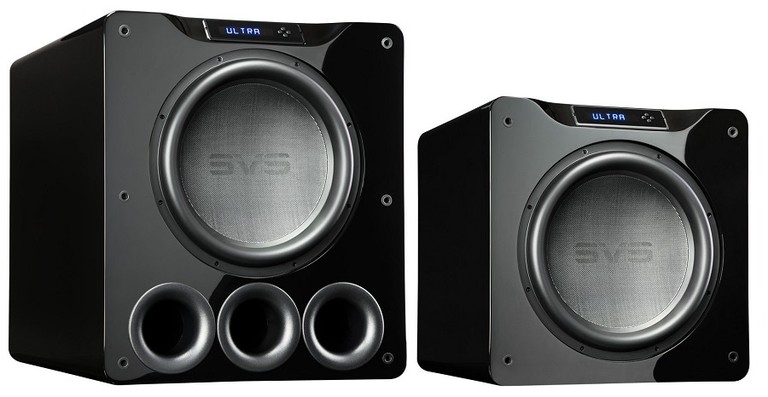 The venerable PB13-Ultra and SB13-Ultra subwoofers have long been SVS’s flagship subwoofer series. Their combination of reasonable size, high performance, and rich feature set has brought SVS terrific success over the years, so much so that in the history of home audio subwoofers they would have to be considered ‘classics’, much in the same way the Corvette Stingrays would be among automobiles. However, much time has passed by during which many new developments have occurred in the world of home audio subwoofers, and while the 13-Ultra series are still a great choice among competing products, SVS needed to do something to create some excitement and bring a fresh new wave of interest into their brand. With the introduction of the 16-Ultra series, they have certainly done that.

The brand new PB16-Ultra and SB16-Ultra are a dramatic step up from SVS’s former flagship subwoofers. The most obvious differences are the larger box sizes and larger drivers; but the differences run much deeper. The 16-Ultra series packs a 1,500 watt class D amplifier with a very slick angled front LED display with controllable brightness and adjustable display time-out. The amp has “50Mhz Analog Devices Audio DSP with double precision 56bit filtering”- OK, I admit to not being entirely sure what all of that means, but it sure sounds pretty good. What is more graspable is the 16-Ultra smartphone application which allows the user to control the volume, parametric equalization, polarity, room gain, and all other DSP functions. The app is compatible with Apple and Android software. Another nice touch is the inclusion of both RCA and balanced XLR inputs and outputs. On major upgrade on the amplifier is the fully discrete MOSFET output stage instead of an integrated circuit output stage. MOSFETS offer better bandwidth and lower distortion than the op-amps typically used in class D amplifiers, especially for the enormous current that the 16-Ultra drivers can pull in.

One of the most remarkable aspects of the 16-Ultra series is the new innovations in driver architecture. The driver uses a 16” cone made from “Premium glass fiber laminated dustcap and reinforced composite cone sub-structure ensure a light, ridged, and neutral radiating surface.” the 16-Ultra driver uses a cast aluminum basket and four large ferrite magnets. The motor of the driver alone weighs 56.2 lbs and the whole driver weighs 63.9 lbs; that beefy driver alone weighs more than most entire subwoofers!

Those are some interesting driver details, but what is really stands out in the specs is the use of a 8” diameter voice coil. For those who are not intimately familiar with subwoofer driver specs, we will briefly try to explain why this is so striking. The voice coil is what handles the electrical current sent from the amplifier. It is a coil of copper clad aluminum wire (CCAW) that produces an alternating magnetic field when electrically charged. That magnetic field interacts with the magnetic field of a powerful permanent magnet in the motor of the driver, and this is what causes the woofer to move back and forth. Typically the voice coil is wound on a cylindrical piece called the former which is set inside the permanent magnet, so the diameter of the former and thus the voice coil is usually not very big; 2.5” to 4” are common coil diameters for drivers in the 15” to 18” cone range. The SVS 16-Ultra drivers flip this around and sets the coil outside the permanent magnet. Since the magnet for a monster driver like in the 16-Ultras has to be very big, this means the voice coil must be large, and an 8” voice coil is unheard of, especially for driver with a 16” cone. The potential advantages are many: superior heat dissipation which lessens thermal compression and increases power handling, better centering of the former for a more restricted plane of motion and less chance of tilting at high excursions, increased stiffness of the cone since there is more contact and more widely spaced contact between the former and cone, more efficient use of the permanent magnet’s field, and more room for excursion by the former since it trades height for width. these are some of the most advanced subwoofers in the world!

A peculiarity that is carried over from the 13-Ultra series is that the sealed SB16-Ultra uses an overhung driver while the ported PB16-Ultra uses an underhung driver. These are very different driver topologies. Underhung drivers can have longer excursion capabilities than overhung but sometimes at the expense of motor force and sensitivity, although that is a bit of a generalization. Throughout years of testing, SVS has found that underhung drivers work better in ported alignments and overhung work better in sealed enclosures. The difference between these topologies can be seen in the enormous ‘peak to peak’ excursions between the sealed and ported 16-Ultra models that SVS boasts: 95 mm for the PB16-Ultra vs. 78 mm for the SB16-Ultra.

As with the 13-Ultra and Plus series, the 16-Ultras can be had in a gloss black finish or black oak veneer. Also like the 13-Ultra and Plus series, the ported sub of the 16-Ultra series has multiple ports and variable tuning. The -3 dB of the tuning modes are: 15 Hz for all three ports open, 13 Hz for two ports open, and 14 Hz for sealed. There does not appear to be support for a single open port mode, likely because a single port would have trouble coping with the large air displacement that the driver is capable of. The tuning modes for the PB16-Ultra are significantly deeper than that of the PB13-Ultra. This bodes well for lovers of extremely deep bass, because one thing SVS has always done very well is very clean deep bass. There are subwoofers that can dig deep but few that do so with as low distortion as SVS has historically to do. When Can I Get Mine?

The new 16-Ultra series are scheduled to start shipping on November 1st, and although they are not cheap, at $1999.99 for the SB16-Ultra and $2499.99 for the PB16-Ultra, you are getting one of the most advanced subwoofers in the world. These subs comes with a list of technological innovations as long as your arm, and the raw performance is very promising. At 122 lbs. for the SB16-Ultra and 174 lbs. for the PB16-Ultra, they look to be built like tanks too. Hopefully, we at Audioholics will get to take one for a spin on our test track and see what they do in a review. Based on the parts, and SVS's reputation, they will likely exceed our Extreme Bassaholic rating.  Our ears are certainly relishing the prospect (although, given the weight, our backs might not be).

shadyJ, post: 1174006, member: 20472
The JL Audio subs are not only about performance. In fact, I wouldn't expect that much from a G213 Gotham, relative to the price. The Gotham is about aesthetics, performance for the footprint, calibration tools like the ARO system, and all kinds of features. If you want raw performance for the dollar, JL Audio is not the brand you want to be looking at.

Auditor55, post: 1173975, member: 76893
Come folks, I keep reading this sub blows the doors off of that sub. Where do we hit the point of diminishing returns? If I spend $11, 000 on a subwoofer, then no other sub should be able to exceed it's performance within the threshold of human hearing and practical application.

The JL Audio subs are not only about performance. In fact, I wouldn't expect that much from a G213 Gotham, relative to the price. The Gotham is about aesthetics, performance for the footprint, calibration tools like the ARO system, and all kinds of features. If you want raw performance for the dollar, JL Audio is not the brand you want to be looking at.
Auditor55 posts on February 21, 2017 14:16
Come folks, I keep reading this sub blows the doors off of that sub. Where do we hit the point of diminishing returns? If I spend $11, 000 on a subwoofer, then no other sub should be able to exceed it's performance within the threshold of human hearing and practical application.
lovinthehd posts on February 17, 2017 19:59

JL was in the running, but I couldn't justify the $/performance difference between them and the Seatons. I got pretty much all the way there for a fraction of what a pair of Gothams would have cost me. Competition is sooooo cool .