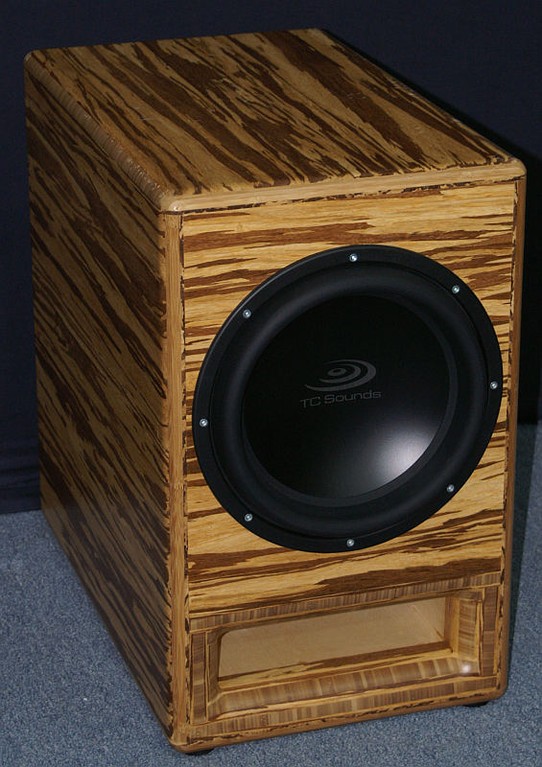 The Funkywaves FW 12.X Ported 12” subwoofer is a beautifully crafted piece of furniture. It must be said here, measurements alone do not adequately explain the unique sound of this sub. The tonal character is not matched by any of the other shootout entrants. It is a true subwoofer, offering flat performance all the way down to 20 Hz without any electronic equalization whatsoever. This product is, in a nutshell, very old school in its approach to making a small box go down to 20 Hz. It does so, not by any electronic signal manipulation, but by good old fashioned mass loading. There are definitely both advantages and disadvantages to this approach which are discussed in detail in this review.
Next Page ⇨

GranteedEV, post: 795624
It would depend entirely on the signal and output level. Probably just some theoretical scenario and not a real life one, but imagine a 20hz sine wave at 120db during an important 200hz note. Again, purely theoretical. but I'd presume some level of doppler effect.

This phenomenon is more accurately described as phase modulation which results in frequency modulation. While the acoustic phenomenon is the same - which renders this point a matter of semantics and academic perspective - this fascinating article demonstrates why using the term Doppler to describe this effect is actually incorrect.

I've committed this sin many times in the past, so I'm not being condescending; rather just sharing what I've learned about this particular subject as it relates to the type of frequency modulation to which you were referring.

Since the phase and frequency modulation effect does not exist when the woofer crosses its zero (resting) point where cone velocity is the highest, the term Doppler cannot be used to describe the phenomenon. The phase/frequency modulation actually exists at the cone excursion extremes, where cone velocity is zero (thus precluding the term Doppler to describe the effect).

The below article has the objective data supporting the claim, and Linkwitz apparently thought so much of the research that he corroborated and provided mathematical proof on his website. Far from light reading, but nevertheless fascinating if you are into the theory behind certain acoustic phenomenon like you described above.

InTheIndustry, post: 797907
Our woodworker did something in Purple Heart you might like. His work is incredible and I consider him more of an artist than anything…

I'm sure they're well made but the finish is not to my taste.

cantonguy, post: 797853
haha. I don't like the finish, but there is absolutely no denying that it is well done. The color of the finish is easy to change and does not correlate with the quality of the finish. As ugly as I think that is, you can tell it was done with love. Some of the best looking subs out there IMO. Has anyone ever seen something done in purple heart?

Our woodworker did something in Purple Heart you might like. His work is incredible and I consider him more of an artist than anything…