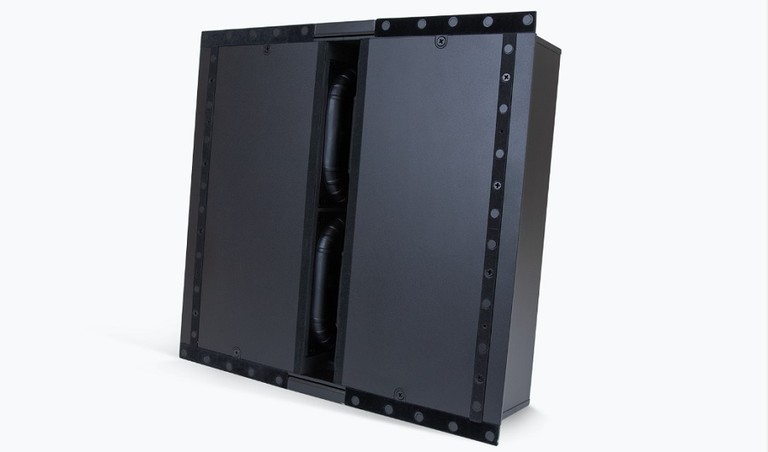 Although Savant is often more recognized for its smart home product such as smart lighting and energy automation, many people forget that they also own loudspeaker manufacturer Artison.

As Artison puts it:

Artison’s mission is to create visually unobtrusive loudspeakers that deliver the most accurate and involving experience for music and movie playback while holding the need for aesthetic integration to the highest standard. Audioholics is always an advocate of multiple subwoofers, so we like the idea that the new RCC160 MKII is sold by the pair.  As Artison puts it, “It’s Designed to deliver exceptionally and evenly distributed bass reinforcement from the ceiling.”

People typically are not moving around a lot in your home theater room, but if you have the RCC160’s in say a great room, they should provide a more balanced, blended experience by utilizing multiple points of sound as people more about the space.

The RCC160 MKII are designed to go with Savant's Micro Aperture in-ceiling speakers and Savants lighting systems. The square and round grilles are just 4.65 inches in diameter and should deliver a visually clean ceiling that now includes subwoofers, speakers and lighting fixtures. The included rectangular grilles for the RCC160’s are designed to blend in with in-ceiling HVAC registers. Designed for both in-wall and in-ceiling installations, the Artison RCC320 MKII delivers even greater output than the RCC160. Designed for dedicated music or theater rooms, the RCC320 MKII employs four 4-inch by 6-inch subwoofer drivers per unit in an extruded aluminum enclosure engineered for tight spaces.  The whole package looks to have an easy pre-construction or retrofit installation into a standard 2 x 4 stud bay. The Artison RCC320 MKII can be specified with a discrete speaker grille or an HVAC-style ceiling grille. For even more bass, you can order a single double-length discrete speaker grill for stacked pairs of RCC320 MKII’s.

As we acknowledged the changing ways that families interact within their homes, which include more active spaces that require excellent sound reproduction, we were challenged to develop a low-frequency driver that not only fit into small spaces but also delivered twice the acoustical output, twice the excursion, and twice the sensitivity of previous solutions. With the MK II series subwoofers, we surpassed every preconception of what we had thought was possible.

In 2005, Artison was the first to market with Reactance Cancelling Configuration (RCC) Technology simply designed against Newton’s law that every action has an equal and opposite reaction.  In subwoofers, the motion of the driver’s cone creates an opposite force that is a common cause of vibration distortion present in conventional subwoofers. Artison's RCC configuration places an equal number of electrically in-phase drivers opposing one another so that the reactance forces from each driver mechanically cancel themselves, eliminating unwanted distortion. Both subwoofers are designed to work well with Artison's RCC1000 Amplifier which retails for $1,200. The RCC160 MKII or RCC320 MKII subwoofers are available to order now on the Savant Store.