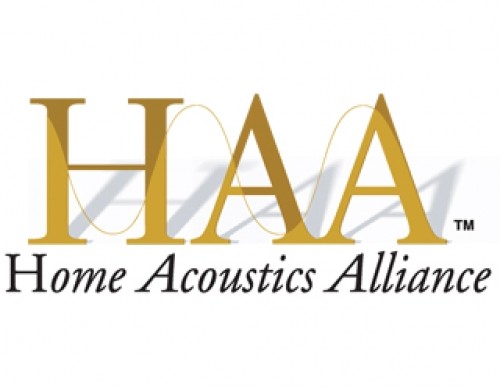 Well it has been almost four years since I took the HAA Level I (we use roman numerals) training and certification and if you think I have just put my acoustic knowledge to the side, think again. I’ve been tweaking and adjusting here and there over the years but now I was given the opportunity to go to the HAA Level II Workshop.  Being the audio geek that I am, I jumped at the chance to become the Level II Guru as the HAA phrases it.

The students that were in the workshop had all just finished the Level 1 training so all of the concepts were fresh in their minds. HAA does offer a refresher course but I spent the prior week reading over the Level 1 concepts to get me back up to speed.

I showed up with my reference material and my notebook thinking there will be some training, then some hands on, then more training, and more hands on. Just as I had some preconceptions of the Level 1 training that were wrong so were they for Level 2. I showed up at the hotel conference room and there were 6 seats and 7 speakers set up in not any ideal way. The speakers were all Genelec self powered speakers and the five channels were on tripod stands. Not something you would normally see in a home  but HAA travels to different states and these looked like they were well suited for traveling. There were also two subs, one in the front corner and one off to the side. Behind the seats on a table were the electronics all wired up and ready for something. I took a seat and got my notebook out while waiting for the rest of the students to show up. Gerry has one assistant instructor, Jim Harber, who ended up leading much of the workshop and believe me, both of these guys know their stuff. Once the other students had arrived, there were a total of five.

Next, the workshop began by talking about the roles of the group. I usually don’t like role-playing in a training class but this one turned out to be pretty cool. There were five roles: The "Point", which is really like a supervisor. The "Scribe" and an "Assistant Scribe" were in charge of collecting data. The "Grunt" was just like what it sounds like, the person who did the physical work and finally the "Customer" who took notes and did evaluation.

This group or team of five (5) people’s goal was to evaluate and then calibrate this entire set up over the next 3 days. Let me be very clear here, evaluate and calibrate in HAA doesn’t mean to just listen to the system and then make some electronic tweaks to the gear. It means a whole lot more and three days could easily go to four.

Evaluate means understanding all the concepts of small room acoustics as opposed to large room like a church or concert hall and taking many measurements to get an idea of what you are dealing with in the room.

Calibrate means designing and setting up everything from the ground up including designing the shape and size of the room before it is constructed. Of course, not every Home Theater Specialist has the luxury of being there at inception and neither did we in this hotel room.

The workshop is broken up into exercises and at each exercise, each member of the team switched roles, which gave everyone a chance to do everything involved. Learning these roles was no easy task; it took our team half of the day to get some kind of synergy going which included getting to know one another.

Okay, half a day went by and we all had gotten to know each other a bit and we were on our way. You’re probably thinking “On their way to what?” The HAA has two basic guidelines to follow to complete a home theater set up.

First, there is the Acoustical Design Review (ADR), which boils down to the physical evaluation of the entire system. Then there is the Acoustical Calibration Review (ACR), which is where all adjustments are completed which included both physically moving speakers and electronically adjusting the equipment. Each report is done twice; once before adjustments are made and then again after. The reports can be completed manually but as I discovered later the HAA AV Pro software that guides the Specialist through the reports was extremely valuable.

The very first thing we did was listen to some predetermined music with the current set up. One of the tracks used extensively throughout the workshop, was “Hi-lili Hi-lo” by Ricky Lee Jones. None of the tracks sounded particularly good but this one was very bad. Being an Audioholic equipment reviewer the first thing that jumped into my mind was that these Genelec speakers were not very good. The track was distorted with very poor imaging and detail.  Everyone knows that sound quality can be very subjective but there are certain aspects of sound that people can learn about and come to a consensus.  Lots of people talk about having a “Golden Ear” and I for one do not believe in that. I think everyone has a Golden Ear. If the human brain can discern direction of sounds, which are only milliseconds of delay from one ear to the other then the brain can also discern other details of sound. It’s only a matter of learning what those details are. In our instance, the sound path to the rear seat was blocked by a person in the front seat.  Speaker location is a huge factor in sound quality. I recently saw a multimillion-dollar home with a theater where the left and right speakers were stuck all the way into the corners which are the absolute worse places they can be and the center speaker was way up high above the screen. Just imagine that car going across the screen; it would sound like its going over a hill that isn’t there. It was amazing to me that HAA could teach such simple techniques that most people don’t even think about to resolve such issues. The workshop also taught much more complex techniques that most people don’t want to think about but the Guru’s that go through the training love it.  We went through all 41 elements of the ADR just observing and notating without moving anything. The next exercise was to evaluate the equipment and its setup. This evaluation included taking our first measurements, which was the near field speaker responses. Shown are the Sencore 5161 Digital Audio Generator and the Sencore SP495 Real Time Analyzer. The near field response of all of the speakers is an important aspect of the entire calibration because it gives a baseline signature of the speaker’s performance. If the speakers have some anomaly in their response, it needs to be known so that we wouldn’t try to correct the room for the speaker’s anomaly.  Part of this evaluation was also to make sure that all equipment is properly connected. It’s very easy to connect the polarity of one of the speakers backwards and have it out of phase from the others. We did some critical listening at that point and went over the 5 HAA sound quality points:

As opposed to just learning about these points in Level I training, we had the music playing and discussed each quality in depth. By this time, we really started getting the hang of our purpose and the role changing.  We then started getting into some of the more serious measurements of the system and its integration into the room.  First, we measured resonance modes of the room. We started by calculating them from the room dimensions but that technique is not an end all by any means and it doesn’t work in non rectangular room shapes. Although the room was generally rectangular, one wall had some cabinets. The calculations got us close but again we had to measure the room.  This measurement was done by playing the low frequencies with the sub placed in one corner and the microphone in another corner of the room where the modal peaks are the greatest.  From the measurement, we could see the peaks of the room and then we played a few of the modal frequencies. As we played each of them, we all walked around the room and it was enlightening to hear how different areas of the room were loud and quiet at that frequency. Having the sub woofer in a corner excites all of the resonant frequencies to their fullest (that’s a hint not to place your sub in a corner).

Remember we still were not making any adjustments we were just gathering data of the current set up. We measured the frequency response of the system at the seating area several times moving the microphone to different seating positions and noting the difference.  Then we did a spatially averaged measurement.  This was an important and powerful aspect of analysis. Four mikes are placed around the seating area at different heights and different locations, a multiplexer is used to sample each mike, and then the measurements are averaged by the Sencore equipment. This measurement was so important because it allows adjustments to be made for the entire seating area in a home theater and not just the sweet spot.