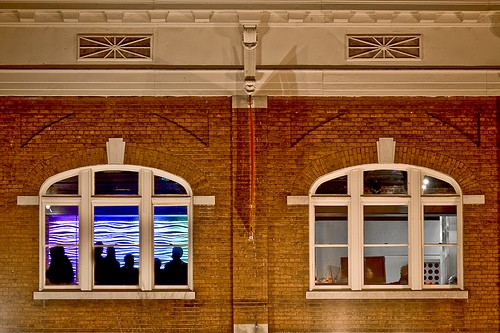 Apparently local city authorities in Rochdale, Lancashire have too much time on their hands and not enough real crime so they raided the house of a local family and confiscated the TV and sound system over a few noise complaints.

According to local council members, Paul and Amanda Cregan have been visited six times over a span of time dating back to 2006 when they issued a noise abatement order after receiving several complaints.  Upon each instance, officers are said to have heard loud TV or music coming from the Cregan’s abode.  Claiming that the Cregans have ignored the initial abatement order, authorities issued a warrant for the seizure of noise making equipment.  The latest visit included police who seized £3,000 worth of entertainment gear including the family’s 52” plasma TV.

In addition to seeming a bit heavy handed, the authorities involved in the raid seemed a little too pleased at their own actions according to Paul Cregan:

They took the main TV and left me with the remote. The woman laughed and said `You can keep that - it's no use now'.

Not to mention the fact that the officers were also going to confiscate even the Cregan children’s noise making equipment:

They were even going to take away the TV from the kids' rooms and the clock radios. We pleaded with them and my wife was arrested but eventually they felt sorry for us and left them.

Confiscating the children’s TV and arrests for pleading for leniency on the children?  As I said, this all seems a bit heavy handed.

"Loud" is subjective and is relative to distance.  But I doubt the officers made any attempt to quantify their assessment of loud with appropriate gear to measure actual SPL, either at the Cregan’s door, or at a distance where it might affect the neighbors.  As to the justification that the Cregans ignored the noise abatement order, while they were visited six times, it is over a span of several years, which is likely very less frequent than the family engages in TV watching.  It sounds as if they obeyed the order initially, but eventually slipped into old habits.  All it takes is one cranky old neighbor who is intolerant of any disturbance for complaints to pile up.

For that matter, noise is also highly subjective which makes the warrant seems just a little bit vague.  Plenty of other types of noise making equipment appear to have been left alone.  Authorities did not seem interested in confiscating any other noisy equipment like power tools or noisy appliances like dish washers.

Return of the items will cost the Cregans £400 and the council warned of further seizures if the noise continues.  While issuing a fine seems appropriate and is a commonplace penalty, busting into someone’s house and seizing personal property over misdemeanor violations seems a bit over the top to me, but the Rochdale councils sees it differently.

The seizure was defended by council member Andy Glover who stated:

Noise nuisance is a serious annoyance.

Read the Complete Thread
lsiberian posts on March 23, 2009 18:04
Time to get this family a real setup I'll give the neighbors good reason to complain.

I'm thinking 4 Axis builds with one behringer each.

According to authorities they have breached noise levels (and been warned) 8 times in the past couple years. They deserve what they got.

The number of complaints aside, which varies between 6 and 8 from different accounts, the Daily Mail notes an interesting point:

Mrs Cregan, who, along with one of her children is partially deaf, was unrepentant. She denies Miss Kausser's account.


When the set is returned, she said there would be little respite for the neighbours. ‘I’ll have to listen to it at the same volume as before, otherwise I can't hear it.'

Picking on the hearing impared will not likely get Rochdale council any sympathy for its actions. If the majority of the complaint against the Cregans is based on loud cartoons, then Rockdale authorities overreacted.

The other bit about techno music with loud bass until all hours of the night, the same Daily Mail article has pictures of the Cregans audio gear. I can't see that plastic covered psuedo component stack and those speakers cranking out any significant bass. That stuff looks like gear one could buy here from Walmart with wattage output that you can probably count on your fingers. But if they were playing it loud at inappropriate times frequently, that is is more reasonable cause for police involvement.

I am by no means defending the Cregans, but I think there are some other facts that suggest that the local governement may have overreacted, especially considering that the mother and one of the children are partially deaf.

David
aberkowitz posts on March 23, 2009 15:28
We actually had another thread about this that Major started… here are some of the articles and key points that I posted back then:

1) According to the text the family had been in trouble several times before with the city regarding noise.

3) The family can get the TV back after 28 days by paying a fine.

According to authorities they have breached noise levels (and been warned) 8 times in the past couple years. They deserve what they got.
autoboy posts on March 23, 2009 14:17
Yay 1984…
Post Reply