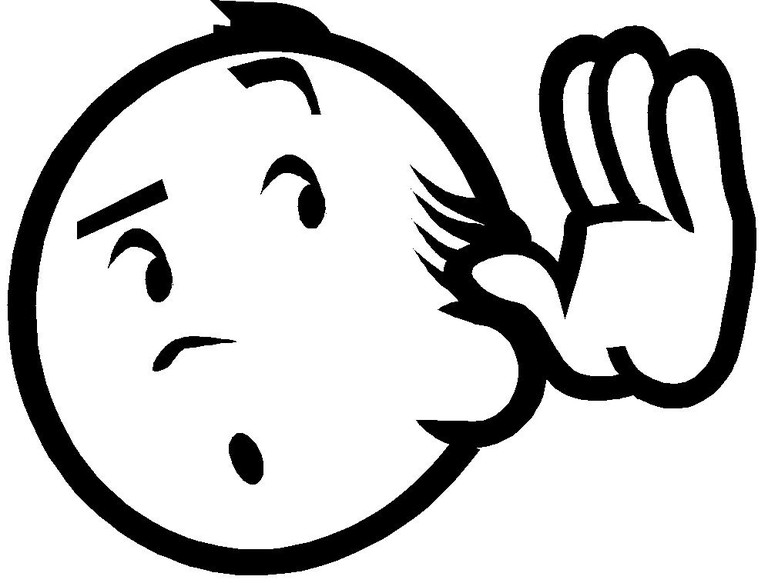 Audiophiles jump through proverbial hoops upgrading their systems, believing in cable pseudo science magic or the latest tweak to reach sonic ecstasy. Yet they rarely consider the room it plays in, or the acoustics of their listening space. Getting a good acoustical room balance is key. A good system in a mediocre room is no better, and usually worse, than a mediocre system in a good room, so to speak. After the acoustics in the room is sorted out, the next logical step is to minimize external noise influences which have deleterious masking effect on the audio reproduction much like light pollution does with display devices.

HVAC noise is usually the #1 problem in home theater rooms. Minimizing the source of the noise is one of many steps in the pursuit of a state of the art theater room. While building the theater room in the Audioholics Showcase Home, I was well aware of the importance of noise control and isolation – particularly from HVAC. Unfortunately I was at the liberty of my builder as to what countermeasures I could undertake. Sadly I lost the battle of having them install my air handler in the same room as my theater, but at least I got them to put it into a closet which I could later isolate once I closed on the home. On a positive note, my air handler was placed on a shelf which helped to decouple it from the flooring. The builder used cheesy hollow double bi-fold doors with nearly a 1” gap at the top and bottom as the entry point to the air handler. I knew these had to go from day one but wanted to formulate a game plan before yanking them out of the room.

I began doing some listening tests with the HVAC system on and off at various SPL levels. I found that at my primary listening position, nearly 20ft away, the air handler was creating enough noise to introduce a masking effect even when I was listening at levels in excess of 90dB. Low level details were virtually non existent from my music, and I found myself becoming quite irritable as a result each time the HVAC system would turn on while I was in a listening session. I quickly learned to live in a hot room for the pursuit of better audio. This could not last. I needed to be comfortable. Pursuing sonic nirvana while wiping off a head full of sweat did NOT an audiophile experience make. My goal was to turn the air handler closet into a quiet room – allowing minimal sound transmission from the air handler out of the closet and into my theater room. In order for this to be accomplished, I had to rip out those bi-fold doors and frame in a solid core door. Obviously a 3ft standard door wasn’t going to fit into the much larger opening my double pocket doors were framed for (nearly 60”), so reframing was the first step and perhaps the most critical to ensure the replacement door would make a perfect seal. I called upon my neighbor Hurricane Mike who is a masterful carpenter to help out. He had the opening framed in no time using triple 2 x 4’s towards the left side of the door to reduce the opening width to match the new door. He went with an exterior frame and a 1 3/4” solid core door. He installed a metal door sill and encased the framing with rubber seals. We then used Auralex spray adhesive to cover the framing of the door and the interior door with Auralex 1” Sonofiber absorption. For added effectiveness, we installed a layer of 1” Studiofoam Wedgies over the Sonofiber on the door and also on the air handler. As I mentioned before, it was imperative that the new door made a perfect seal with the frame to minimize any sound leakage. It was quickly apparent hearing the sucking sound while closing the door that our mission was accomplished. This door pretty much made a vacuum seal requiring quite a bit of force to even close it.

I was eager to turn the HVAC system on to see if the fruits of our labor paid off. As I sat admiring Mike’s handy work, I asked him to turn the system on so I could determine audible if the noise level dropped. He said, “I already did, immediately after you closed the door”. Not believing him, I opened the door and sure enough heard all the sonic distraction of my HVAC system once again. Alas, the new door system coupled with Auralex acoustic treatments appeared to do the trick. If I wasn’t hearing my air handler sitting 2 feet away from it with the door closed, I most certainly wasn’t going to hear it while sitting in my theater seats listening to music.

Of course being the skeptic I am, I took before measurements and now wanted to compare the after results.

Using the SPL Meter function of my Sencore SP395, I measured 48.2dB (bi-fold) and 38dB (Auralex treated door) - over a 10dB (A-wt) improvement from the standard bi-fold door to my acoustically treated Auralex door with the mic positioned two feet from the HVAC entrance.

To get a better look at the noise reduction benefits of the Auralex treated door, I brought out my antiquated yet useful LMS measurement system. Above 10kHz the HVAC system is out of the picture. However between 100Hz and 10kHz we see the most noise reducing benefits of the new Auralex treated solid core door. For example, we are looking at up to a 15dB improvement in the most critical audio range - vocals between 500Hz to 4kHz. Below 50Hz there is little improvement since the noise is coming from air pressure blowing through the duct system. Mitigating duct noise is left for another article topic as it is beyond the scope of this article.

Step 4: Finishing the Job Off

Now that we established the success of this project, it was time to install the finishing touches. We first painted the door brown to match the front wall of my theater room. After it dried, we installed the Auralex Elite Custom Fabric system over the framing of the door to match the rest of my theater room. Making the cuts of the tracks was a bit challenging but make no mistake, it was no problem for Hurricane Mike. After he had the door frame track system installed, we stretched the fabric and tucked it into the tracks. The end result was a seamless installation with the rest of my Auralex treated room. It was as if the door was part of the room and not retrofitted in afterwards. This is the sign of an expert carpenter. Sitting down for a listening session, I had Mike toggle my HVAC system on and off. No longer did I hear the masking effects of yesterdays’ bi-fold door. Instead, I heard all of the instrumentals, and vocals of the music with sonic clarity. The only audible difference I heard between having the HVAC system engaged or disabled was the presence of duct noise of the former. In fact, until I reduced the HVAC noise coming from the air handler, I never realized how noisy the air flow was through my ducts. Perhaps this warrants a follow up article. Aside from the duct noise (which was only slightly audible and - not annoyingly so, at low listening levels), I was loving life. Now I could listen to my favorite tunes without breaking a sweat – literally. This allowed me to extend listening sessions at reduced SPL levels which reduced the susceptibility of listening fatigue.

A simple tweak such as replacing bi-fold doors with a solid core door with acoustical treatment is about the easiest and more noticeable sonic upgrade you can make to your system. So before dumping $2k on those magic skin effect-free speaker cables, spend a lot less on replacing hollow doors and door seals in high noise entry points to your home theater room. The return on your investment will pay dividends towards squeezing out the true potential of all of your great home theater gear.

I would like to extend my thanks to Hurricane Mike for his handy work and patience as well as the folks at Auralex Acoustics for their guidance and recommendation of their high quality products for use in this project.

Disclaimer:  Check with your HVAC company if it is safe to encase the air handler in a sealed room such as I have done once I replaced the bi-fold doors with the acoustically treated air tight Auralex door.

Not that I personally need that stuff, but, I'd sure like to see it.

They have sheets that are about 1 1/2" thick, I bet you'd have to have at least four guys to hold it, and one or more to screw it in place, if you wanted to use some of that on the ceiling, I definitely wouldn't trust nails !

I can just imagine the look on someone's face, when the finale of the 1812 Overture, was more than loud Cannon Shots !

Will be looking around to see any samples of it.

Looks like this product is about ten times the cost too. Saw where their 1/2" board was $40, each I think!

It's been a while since I did any floating and taping, but as I remember, a 4x8 sheet was WAY less than that !

Have a good Day !

Looks like this product is about ten times the cost too. Saw where their 1/2" board was $40, each I think!

It's been a while since I did any floating and taping, but as I remember, a 4x8 sheet was WAY less than that !

Just wondered, given your background, if you had ever installed, or seen the type Sheetrock, found at:
www.quietsolution.com

They seem to be one of the sponsors here, just thought I'd ask.

Have a good Day !

Nope. Never even heard of that one. I have heard of the USG version of it though. I actually called them about availability and price. At the time it was unavailable in New England and like 10 times more expensive than regular drywall. They claimed that it was 8 times more sound proof than regular board. I could be wrong about the numbers but that's the general impression I walked away with.

Bottom line for me is that I can always afford $100 for a little drywall project but a grand is a little tougher. I'm also thinking that the price might come down by the time I'm ready to start.

Just wondered, given your background, if you had ever installed, or seen the type Sheetrock, found at:
www.quietsolution.com

They seem to be one of the sponsors here, just thought I'd ask.