Tuning Up for Guitar Hero 5 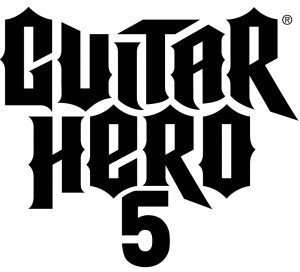 The impact of the Guitar Hero franchise can't be understated. It has consistently dominated video game pop-charts while rocking its way into the music industry. It's a promotional outlet for new bands and a whole new way for fans to enjoy their favorite tunes. It's also provided a well-needed bonus revenue stream for the music industry. The latest installment is the upcoming Guitar Hero 5 and rumors of all new rhythm section action are hotter than Hendrix on his flying V.

Details and unsubstantiated rumors are popping up all over the web right now. A full feature list has yet to be released by Activision – but a few solid details have emerged. Some of the artists to be included on Guitar Hero 5 are sure to excite fans of rhythm gaming: Kings of Leon, The Rolling Stones, The White Stripes, Santana, Vampire Weekend, Tom Petty, Johnny Cash and Bob Dylan just to name a few. Activision says the latest installment will have the widest assortment of music yet that’ll include over 85 songs.

New game modes will include Party Play and RockFest. Party Play allows players to drop in and out of tracks whenever they like. This is a casual game mode for those party-sessions. You know… when your band-mates suffer from short attention span and wander off in search of a shiny object, Party Play won’t interrupt the game.

RockFest will be the ultimate head-to-head competition that’ll separate the rockers from the poseurs. Four players duel it out with song difficulties adjusting automatically to keep up the challenge.

“Guitar Hero is the music platform for today because it celebrates the social nature of music and brings fans closer to the music and artists they love while allowing them to share and discover music with their friends, family and online communities,” said Dan Rosensweig, president and chief exec of Guitar Hero.

Get ready, Guitar Hero 5 launches this fall for PS3, Wii and Xbox 360.

I would have bought 4, but didnt care for the track list. I loved the drums though.

Well, no. 2 really improved over no. 1 in the fact that they actually _worked_… lol… but I do agree that they were working the best in no. 3… no. 4 seems a little “too” precise… I dunno'…

No. 4's track list had a few good songs (Wings, Tool, Guess Who)… but a bunch of it was a little too pop-y for me… I did see that they have Mars Volta on there… and from what I understand, Jamie is working for them!
Wafflesomd posts on May 23, 2009 12:56
GH3's H-ON and P-OFF system was a million times better than 1 and 2's. There's no debating that.

I used to be able to kick at that game! But now… I would probably trip trying to do just one song

I'm a GH fan… No. 1 was crappy because the hammer ons and pull offs didn't work (I liked playing “Godzilla” tho…)… No. 2 was awesome, it had nice complement of songs, and it finally fixed the HOs & POs… No. 3 was “okay”… it didn't seem to pull off as much as 1 & 2… Rock the 80's had maybe _2_ good songs… Aerosmith is a great band, but the animation in the game just made it scary… and No. 4 has really changed my perspective… it's still great for solo play but it united the other instruments together nicely