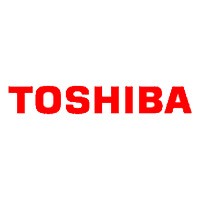 You can’t blame anyone who bought one of Toshiba’s second generation HD DVD players for trying to get all the use they can from it. The latest patch from Toshiba that updates the HD-A30 and HD-A35 to v2.0, however, is causing some grief.

Toshiba’s new patch grants the HD DVD players the ability to play back 1080p at 24Hz. But it’s having troubles with 1080p24 playback of any AVC - MPEG4-encoded discs. Users are reporting severe aliasing or jaggies as it’s popularly referred to today. This is the stair stepping effects on the edges of some images.

The symptom does not occur if your HDTV isn’t capable of 24p display, only 1080p24 output is being reported on AVC or MPEG4-encoded discs.

You can see the problem clearly in chapter 5 of the Transformers HD DVD which was encoded in AVC-MPEG4. As the camera simultaneously pans and zooms into Bumblebee, jagged edges and flickering is severe at 1080p24.

The same results were reported of Toshiba’s XA2 firmware update awhile back. When viewing AVC - MPEG4-encoded discs in 24p mode you’d see visible jaggies, but it looked fine if you kept it at 1080i or 1080p60.

It just goes to show that it’s never a bad idea to wait a bit on any new firmware updates and look for second hand performance reports before jumping in.

Johnd, post: 389525
PENG: David seems to be perturbed by the lack of an auto off feature on the A35 (I don't know…I'm used to turning my equipment off when I'm done with it). Does the Venturer have such a feature?

It works like a Toshiba, same remote, same setup menu, firmware number, hence no auto off feature.
PENG posts on March 18, 2008 19:42
David, I didn't realize until now that it is possible to have better deal here in Canada than in the U.S. I see that it is listed for $98 at Walmart.com at the moment but was at $128 last week so if you wait a little longer it may come down to $69. I am using this player mostly for regular DVDs and I am happy with the PQ and SQ. I do have 14 HD DVD but 9 of them are free.

It is not listed on walmart.ca and not every store has them in sealed boxes. This thing works like a Toshiba HD-A3; the remote looks the same and will work with my A30 so I have to unplug the A30. I understand what you are saying about the foreseeable future of HD DVD but if you can still get a full refund for the A35 why not return it now and then wait for the price of the A3 or SHD7000 to plummet some more.
Davidt1 posts on March 18, 2008 17:32
I usually listen to music when I go to sleep. I wouldn't mind so much if it wasn't for the fan being on all the time. There was a time when cd and even dvd players had headphone output, auto-off and timers. Not all models had these features but many did. I don't know how companies get away cutting corners like they have been doing. Perhaps it's because there are always people willing to settle for less and make excuses for them?

I need to clarify what I was saying about HD dvds being worthless in the future. I predict that by this time next year BD players will sell for around $200 with better quality than today's $500 players. The discs will cost less also. What will become of HD DVD when such time comes – if not wortless?

Having bought 5 HD movies, I think will keep the A35. Otherwise, it's another $50 down the drain unless I can replace it with the Venture player. Where is that player sold anyway?
Johnd posts on March 18, 2008 08:44

PENG: David seems to be perturbed by the lack of an auto off feature on the A35 (I don't know…I'm used to turning my equipment off when I'm done with it). Does the Venturer have such a feature?
PENG posts on March 17, 2008 19:35

Davidt1, post: 389283
Speaking of the A35, I am having second thought about my purchase. While it is a nice upconverting player (better than my Oppo 970 anyway), PQ of upconverted dvds is no match for HD dvd. This is where the problem is, as I have to keep buying HD dvd, which will soon become worthless, to enjoy superior PQ. Also, the fan noise is very annoying. And the is no auto-off feature. I had a Toshiba dvd player a long time ago that had auto-off. Their latest and greatest doesn't. I don't know…I am ranting.