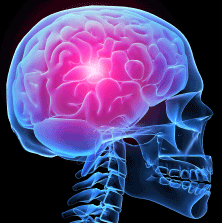 Not content with motion tracking, eye-tracking or even full body suits of motion-control devices, one gaming accessory developer, Emotiv Systems, is bringing us the EPOC neuroheadset.

It reads your brain and allows you to control the game with your thoughts.

Sounds like science fiction, right? Perhaps some technology that will never make it to the consumer level but destined to be forever mired in vaporware status for all time...

It ships later this year.

Unles this is some kind of scheme to drive up stock prices, the $299 EPOC neuroheadset has sensors that are said to detect conscious thought and expressions as well as "non-conscious emotions" by sensing electrical signals around the brain. The gadget was demonstrated at the Game Developers Conference in California this week. Now, the headset isn't going to allow you to fly your aircraft around the screen or take out opponents in Tom Clancey-style action sequences, but it can (apparently) detect strong emotional states such as excitement, anger, tension (and presumably fear). It also reacts to facial expressions and actions like pushing and pulling which evoke a particular brain response.

While Emotiv's headset will ship with a particular PC-based game that includes access to an online portal for sharing games, photos and chats, the unit is designed to be a standardized controller that will work with other software titles. They also have plans to work beyond gaming to derive other applications for the technology.

I'm thinking that if it were truly advanced, the NSA and CIA would have been all over this before now. Waterboarding could be a thing of the past, simply don the helmet, enter a virtual world and pull out information as you see fit...