Controller-free Video Games? Use Your Hands! 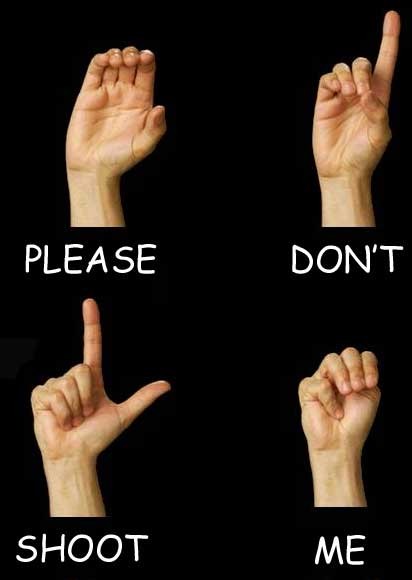 Can a camera replace your game controller?

Those of you unfortunate enough to see Minority Report witnessed what every true geek hopes to be the future of computer interface control. Microsoft's Multi-Touch Display Surface technology promises to bring this to reality.. eventually. For now, we're waiting for the US military and other high-end application-users to finish with it and cause it to enter the mainstream. So what's the intermediate step? Well, 3DV Systems, an Israeli company thinks it involves using IR-based cameras to track motion in a real 3D environment and mapping it to the PC.

3DV Systems' new ZCam is a USB-based "3D" camera that connects to a user's PC and measuring/transmitting motion information into commands. It does this by emitting short IR pulses that reflect back from the real-world objects and allow the system to measure distance and motion. The system is sophisticated enough to tracks hand movements and other body movements into PC controls that would replace, say, a mouse or trackpad. At least that's the idea.

Used in a more proximity-conscious setting, the system might recognize actual finger movements and trigger actions accordingly, eliminating the need for a multi-button mouse. While the system seems perfect for boxing, dance or strategy games, use for action, first-person shooter or flight-based games seems a bit of a stretch. When you factor in ergonomics, moving your hands all over creation to signify movement and commands seems a bit anti-climactic to a simple hand-held controller. The cool-factor, however, is still there and this promises to be an advanced technology that just might pave the way to future "screen-less" technologies that allow Minority Report-like controls in real-time. It already does more than previous systems (such as Sony's EyeToy) in that it recognizes depth - something that gives it tremendous advantages in terms of control and usability.

3DV is planning to partner with other manufacturers rather than release their technology under their own name. It's pretty apparent that a device branded by Logitech, for example, might reach a larger audience than one by the relatively unknown Israeli corporation.

Our opinion is that this technology might have more of a reasonable impact in actual PC control, rather than gaming systems. As a gaming system device, the interface seems more "gimmicky" and would be tied to only a limited number of games. Like many targeted inventions before it, the possibilities seem quite limited and the system is more of a stop-gap for more sophisticated control surface-based systems. Bill gates begs to differ and envisions users picking up actual baseball bats and tennis rackets and swinging them. This differs only slightly from the Wii experience by allowing for real-world objects instead of small controllers.

What's next? Well, we're not sure, but if we had to hazard a guess we'd predict next year's follow-up article will likely have to do with the number of broken lamps and furniture resulting from gamers using full-sized bats and golf clubs in their living rooms.