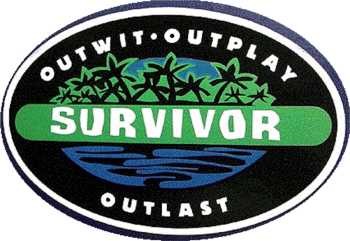 After 8 years and 16 seasons, CBS' Survivor reality TV series is finally upgrading its cameras and production to high definition. Next fall's 17th outing (as of yet unnamed, Camsur?) will be the first time the show's exotic locations, elaborate challenges and gruesome bug bites will be available in the widescreen HD format. While CBS is acting like this is no big deal and HD took a long time for everybody - Survivor languished in SD while many of its newcomer peers, like Dancing with the Stars and American Idol went the way of high-definition long ago. In addition, nearly all non-reality network prime time fare (both dramas and sitcoms) are now shown in HD with even many cable networks moving to HD for their highest-rated shows.

What this means is that even though you may have had an HDTV, and HD service, when Survivor came on, the show displayed in standard definition - with either black bars on the site of stretched to fit your widescreen TV.

So why did Survivor, arguably one of the most successful reality TV shows of all time take so long to update? CBS claims that HD cameras were still considered more clunky and less reliable than standard-definition equipment. Obviously if you're trudging around a remote island or location, this isn't a great characteristic. The cost of bringing a reality series like "Survivor" to HD was also a major investment - more so than most series, since it required the upgrading of some 20 cameras, including some specialized machines for shooting underwater or from helicopters.

Thanks to new technology - and all the cash that Survivor has drummed up thanks to  its success and the loyalty of advertising dollars - the show can now sustain the additional costs brought on by HD. Equipment prices have plummeted in recent years, with third party products even being introduced to the market which end up saving tons of money in time and materials. This was a nice milestone in the world of HD broadcasting as there aren't many shows left which still need to make the transition. Speaking of what's left, CBS hasn't yet announced when The Amazing Race might move over the HD - but fans can always write in and make the request!

The closest I ever got was checking out a few pics of a couple of hot Survivor chicks a friend sent me years ago.

UGH. You couldn't pay me to watch American Idol.
jonnythan posts on April 14, 2008 12:59
I got suckered into TV by Lost and 24 after not having watched any shows regularly for years. I sometimes go out of my way to avoid getting suckered into MORE TV.