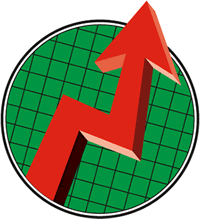 You may assume that because we have a relatively high amount of HDTV content here in the US that the same is true for all other Western countries. This is not only far from true, it's... well, yeah it's pretty much just far from true. Residents of the UK, for example, have not had much access to HDTV programming for various reasons - most of them infrastructure based... and even some ultimately political in nature.

While it's never widely discussed, it is not unusual for the same products to be sold at the same numerical value in both the UK and the United States. What's odd about that? Well, let's say an HDTV which may be sold for $1500 here in the states might cost $1500 pounds in the UK ($3000). Ouch. Look out for a follow-up article on this topic.

Even so, a recent report from Reed Electronics Research states that European sales of HDTV will rocket up by 158 percent in 2007, reaching 38.1 million units. These statistics were gathered by market researcher Strategy Analytics.

Carrying the trends even further, they postulated that by 2012 nearly three quarters of all European homes (some 70%) will own at least one HD-ready display - an almost ten-fold increase from the estimated 2006 numbers! This also corresponds to the date set for mandatory elimination of UK/European analogue broadcast signals in lieu of digital ones. These numbers are so staggering as to be... well, unbelievable. We'll have to let time sort it out to see what really happens in the marketplace.

David Mercer, principal analyst at Strategy Analytics, predicted that “Europe’s high definition TV transition is well under way.” In the report, titled "High Definition TV and Video Device Sales Forecast: Europe," the high definition transition in Europe will finally pick up after initially falling behind the US and Japan. While demand was initially driven by HDTVs, but additional HD source devices (such as Xbox 360, PlayStation3, HD DVD and BD players) is now providing European consumers with more access to HD content.

Buckeye_Nut, post: 264972
If you're going to toss insults, you should explain where you think my points are incorrect.

Hm, I should I? Really? lol Damn, but your posts just get funnier.

Buckeye_Nut, post: 264972
Granted, some of the comments were made in jest, but there are underlying truths in what I stated. IE…. political reasons Europe is lagging behind in HD.

Buckeye_Nut, post: 264867
…The UN virtually takes the leftist approach on every issue they face…

I agree with you on one point - the UN is pretty worthless.

But the reason for that is because the veto wielding countries can block any legislation they don't like. Because the US government has the power and inclination to do what it wants, to whom it wants, how it wants, this makes the UN pretty much irrelevant.

I have no position whatsoever on agreeing with/respecting their approach, as they cannot achieve anything worth judging without the support of the nation members.

I'll take your word for it. Though I wasn't aware that “Government owned oil” was something they ranked.


Buckeye_Nut, post: 264867
…I'm just trying to point out that they take the ‘left’ position on a great number of issues…

I (only slightly jokingly) noted in an earlier post that Bush/Cheney were slightly to the right of Genghis Khan.

Buckeye_Nut, post: 264867
…I'm not trying to knock on them because I have great respect for it's citizens and Tony Blair

And I thank you for it, but you're welcome to Blair, because most people in this country appear to think he's a weasel.

That would be very left leaning. But that's not what I said. The process of PPP is where previously publicly owned organisations are transferred across to private ownership. It's basically a smoke screen for privatisation.

BTW, I understand that the models of selling off publicly owned utility companies (electricity etc.) to private companies at knockdown prices was used by a previous UK government, and was then copied by the US. If memory serves me correctly, Greg Palast's excellent book “The Best Democracy Money Can Buy” has a particularly toe-curling account of the process, and how the guy on the street - i.e. you and me - got totally screwed by the deal.

EDIT: Incidentally, there was a program on UK TV a while back, with a right wing journalist/political commentator lamenting the fact that UK parties are all now fighting over the center right ground. Whilst he was very much to the right of most UK politics, his point was that a country needs the balance of left and right voices, in order to give the people a choice.
Buckeye_Nut posts on April 24, 2007 00:51

sploo, post: 264813
How so? That doesn't really map with the current UK political landscape. Both main parties are now largely center right, and the government has been introducing more and more ‘capitalist’ measures, such as the public private partnership scheme (http://en.wikipedia.org/wiki/Public-private_partnership). From what I've seen, the private companies involved have obtained valuable assets, having been heavily subsidised by the tax payer, not very left leaning…

To be a "Capitalist' measure, the feds would be required to get out of the private sector. IE….reduced regulation, intervention, taxation…etc, etc, etc are capitalist measures. The government intervention you commented on above……… is the exact opposite.

You stated that you believe GBs main parties lean center-RIGHT? I'd be interested if you can list a few political issues where the elected majority has sided on the conservative side of any issues. Except for GB standing firm with the US in Iraq(a biggie), you'll be pretty hard pressed to make a list of any significance. Whether they are social or economic hot-button issues, GB's elected majority stand on the left side of most issues.

And to think this entire discussion started with a simple question……….. Why is Europe lagging behind in HD??
lol
Buckeye_Nut posts on April 24, 2007 00:37

AdrianMills, post: 264838
Hm, I'm so amused by this highly inaccurate and ignorant invective that I don't know where to begin.

If you're going to toss insults, you should explain where you think my points are incorrect. Granted, some of the comments were made in jest, but there are underlying truths in what I stated. IE…. political reasons Europe is lagging behind in HD.
Post Reply