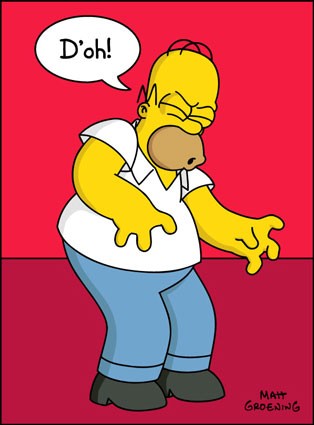 As I am sure many readers of Audioholics are aware, the various members of the Recording Industry Association of America (RIAA) are staunch proponents of enforcing and strengthening Intellectual Property (IP) laws, particularly related to unauthorized (sic unpaid) digital distribution of music. The various members of the RIAA and the IFPI have been vociferous and active, both at home and abroad in the quest to thwart IP piracy. With activities ranging from suing college kids by the thousands for illegal downloading, to pressuring ISP to start actively filtering the Internet for pirated content, to pushing Congress to jack up statutory penalties for infringement, to commandeering the US DoJ to act as a private investigator, to using to United States government in an attempt to foist US styled DMCA laws on every other sovereign nation through WIPO treaties.

So, what does an RIAA member company like Sony BMG do when they need some business software to coordinate all these activities?

Why, just borrow it of course, indefinitely, without payment.

Like a mugger who wears shoes that light up while running, apparently someone at Sony BMG called up to get tech support for an ill gotten program called Ideal Migration. When the French developer, PointDev, looked into the support case, they discovered that the software activation key used by Sony BMG was pirated. One Business Software Alliance (BSA) raid later, it turns out that the program was installed on four different servers.

Cast into the light of testimony from the head of Sony BMG litigation, Jennifer Pariser who attempted to undermine the legality of the fair use concepts of time shifting and space shifting established by the Betamax Decision from before Sony owned any media interests:

Gabriel asked if it was wrong for consumers to make copies of music which they have purchased, even just one copy. Pariser replied, "When an individual makes a copy of a song for himself, I suppose we can say he stole a song." Making "a copy" of a purchased song is just "a nice way of saying 'steals just one copy'," she said.

That would just be four stolen copies on Sony BMG servers. At least CD ripping involves one purchased copy.

Furthermore, according to the BSA, over 47% of the all of the software on the company’s servers was acquired via the digital equivalent of the five fingered discount.

According to a report translated from French, PointDev CEO Paul-Henry Agustoni says he is not interested in the money. He is looking to make an example of the case. Agustoni does not believe that this is the act of a single employee of Sony BMG, but more likely company policy. Considering the amount of illicit software found on seized company servers, such would seem quite plausible.

There is very little question that a subsidiary of an international conglomerate the size of Sony could not afford to buy software produced by a six employee company like PointDev. Apparently, the software was appropriated around the time Sony and Bertelsmann were merging, so it would seem that Sony had enough money to buy out half of BMG, but not enough to pay a software developer who had IP that could make the merger less painful for the employees who actually had to make the two businesses compatible.

So when is copying IP not theft? When it is someone else’s IP; at least according to Sony BMG.

In related news, Sony BMG asked La Province not to report on the ongoing investigation.

Seems Sony BMG would prefer that this not get around.

Read the Complete Thread
haraldo posts on April 03, 2008 17:15
I'm not actually that surprised by this story… I have commenced a personal Sony boycott for while, originally that's not genuinely my idea, but I first heard this from Rod Elliott, and I thought, What a great idea….
http://sound.westhost.com/

Sony's principles are directly opposite to everything I believe and if there is something that may be called an empire in the electronics business, it must be Sony

When I say empire, it's not in the positive comprehension of the word…..

fredk, post: 396392
Interesting that none of the major news networks have picked this up.

Hey, when it comes to home theater, we ARE a major news network, lol.
fredk posts on April 03, 2008 05:37
Well, PointDev has a link to an article published by EDRI.org (European Digital Rights), so it seems this is strait from the horses mouth.

Interesting that none of the major news networks have picked this up.

Had a good long chuckle on that one. Gotta love the irony
Post Reply