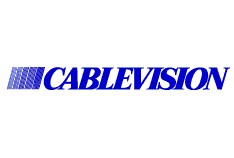 The plan was quashed last year by a Manhattan judge but Cablevision’s innovative plans for a remote DVR system is back after a successful appeal. The NY cable TV provider has been granted legal permission to offer DVR functionality through its cable boxes after all.

The breakneck speed of networks today mean where your data gets stored is increasingly irrelevant. The cost of storage space is dropping so much, innovative system like Cablevision’s DVR service becomes conceivable. The only thing left is to explain to the studios that such a system isn’t infringing on their copyrights. Immediately after announcing it would build a DVR service for its customers, Cablevision found itself defending the idea in court against content heavyweights like Fox, CNN, Viacom, Paramount, NBC and Turner.

The ruling last year decided Cablevision’s plan violated copyright laws. It makes no sense that a DVR in the home is perfectly legal and protected as fair use. But put the hard drive in a remote location and it becomes a copyright violation. Such was the ruling back in March 2007.

Fast forward to 4, Aug 2008 the 2nd Circuit Court of Appeals New York rules in Cablevision’s favor. Hollywood fought with the argument that if Cablevision permitted its customers to record programs through company servers it amounts to re-transmitting for which Cable providers are not licensed. The logical argument is that it’s not retransmission of the programming when the customer themselves are in charge.

Hollywood argues that remote DVR is a de-facto retransmission! It seems the studios are always trying to fight the scalability of entertainment. They consistently dismiss not only our desire to consume media when and how we want, by calling remote DVR re-transmission Hollywood dismisses the notion we’re even capable of making these decisions on our own.

Cablevision is a NY based cable provider with some 3 million subscribers. It’s rare to see a cable provider fighting against the studios for such an innovative idea. The appeal will be a boon for Cable companies all over if it becomes widely implemented. High speed two-way communications is one advantage digital Cable TV has over Satellite and remote DVR is a fair way to exploit it.

It should prove a popular feature among digital subscribers without a DVR-enabled cable box and it’ll save on operating costs and maintenance.