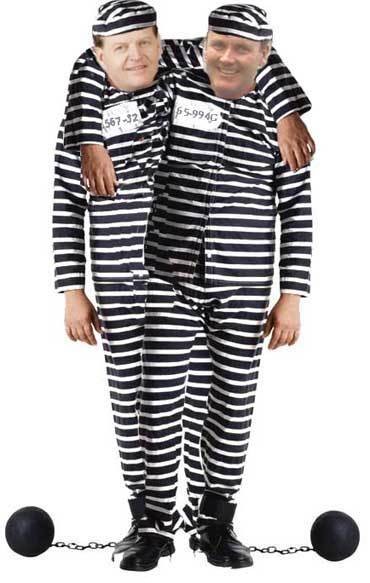 We reported back in November about LG and Sharp being issued an anti-trust fine by the U.S. Department of Justice. And not just any fine - the largest ever imposed by the agency. Well next week LG Display Co Ltd and Sharp Corp will plead guilty to price fixing in the market for thin-film transistor liquid crystal displays. This is according to a statement made by the U.S. Justice Department on Tuesday.

According to a court filing distributed by the Justice Department, LG will be officially sentenced on December 15, with Sharp taking its turn the following day. Keep in mind that LG has already agreed to pay around $400 million (meeelion) in fines and Sharp has committed itself to $120 million in restitution. I'm sure all of that money will find its way back to the consumers who were ripped off... sure it will.

Sentencing was scheduled for the U.S. district court in San Francisco.

The LCD displays which were under review were used in a wide variety of electronics including mobile phones, gaming systems, calculators and other portable products. This lawsuit dealt mostly with smaller screen sizes as opposed to larger flat panel television panels.

So far both companies seem to be cooperating with the authorities. They should, as the Justice Department's anti-trust devision has a history of apply a leniency program to allow early "admitters" to receive lesser fines when they turn themselves in.

One would assume that if it got too bad they can find a way to get the US divisions some of that bail-out money that appears to be up for grabs. Of course, now that the US is concluding its investigation, European and Asian antitrust authorities are also now starting to look at the LCD market.