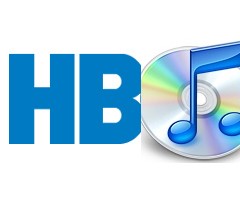 What do Sex and the City, Sopranos and Rome have in common? They can all be downloaded now on iTunes! Apple has closed a deal with HBO that has revolutionized its pricing model. Content providers everywhere are saying: It’s about time!

Apple has managed to get most of the major television and movie studios on board iTunes, making it one of the largest video download services online. The exception has been longtime iTunes holdout NBC because Apple and NBC haven’t been able to see eye-to-eye over pricing.

But Apple’s consistent pricing model was allowed to shift to bring in HBO. Apple announced Tuesday that iTunes made the network of the Sopranos "an offer it couldn’t refuse". Now iTunes carries all your favorite HBO titles available for download for the first time to non-HBO subscribers.

The introduction of HBO titles to iTunes required a shift from Apple’s traditional pricing model. Episodes of Sex and the City, The Wire and Flight of the Conchords will cost the standard TV show price of $1.99. But now a premium title category has been created for shows like Sopranos, Deadwood and Rome that will cost iTunes users $2.99 per episode.

Apple and HBO hope the shows availability on iTunes will get a lift from the current hype surrounding the Sex and the City movie coming May 30th to theaters.

The shift in pricing has been a major sticking point between Apple and some content providers. Apple struggles to keep consistent pricing while the content providers have their own idea of their content’s value.

According to analysts from at least one tech consulting firm, the shift in pricing could bring about further significant changes in online availability. Perhaps a time is coming when movies will be available for download at the same time they’re at the theater, but only at a significant price increase.

Or get a Tivo and pay a few bucks for the software that allows you to save and convert Tivo content. I assume you can do that for HBO stuff (I am not a subscriber to HBO). You still enjoy the benefits of Tivo as well.

You're right Moggi, this is easy to do. They call it TiVo-Casting. You can output your TiVo files to a PC and convert them to mpeg4, I believe they already are mpg4 files when they come out of your TiVo if you have one with the TiVo2Go feature. They'll play on your PSP for instance as well as many cell phones.

You can back-up any DVD you own using DVD-Shrink, DVDFab Decrypter - there are many more. Remember, I only suggest backing up DVDs you own, we do not support piracy!

Tools like DVD Shrink allow you to edit your DVD video files and save. The .VOB files are just Mpeg4 files and the covnersion requires no transcoding, simply rename the extension.

If anyone is interested in complete tutorials on this stuff perhaps I can come up with something for Audioholics.

This is SSSOOOOooo much cheaper than buying the files from iTunes.
moggi1964 posts on May 15, 2008 15:44
Buy the DVD's and rip them to iTunes if you really want to watch them on the train or at the gym. Cheaper in the long run!

Or get a Tivo and pay a few bucks for the software that allows you to save and convert Tivo content. I assume you can do that for HBO stuff (I am not a subscriber to HBO). You still enjoy the benefits of Tivo as well.
Jim Robbins posts on May 15, 2008 11:46
$2 for a show hurts when you can often get a season of whatever when it's on sale for about $1 to $1.50 an episode. Plus, you have the physical media that you can do whatever with. You aren't locked into any DRM or special size or format. And, yes, I am getting spoiled by HD content, but still, a DVD is pretty decent quality, and probably much better than the average pay per download item. I am also not an itunes user, so I don't know for sure. But there's nothing compelling about downloading compressed audio or non HD video for me, so I don't see need.

I have downloaded stuff on my Xbox 360, and yes, it's DRM'd but I HAD to watch some missing episodes of a show, and I guess I'd rather pay for it than install some trojan filled torrent program on my computer. Oh well, someone got my money…

Btw, anyone try out Hulu.com? I caught an episode of Battlestar Galactica that I forgot to DVR. The quality sucked for my theater screen, but at least I didn't have to pay for it and I didn't have to pirate it either. Oh, but I did have to endure about 1 min of Crest Toothpaste commercials during the show. I can take that. Hey Hulu, where's the HD??

There is no HD download on iTunes yet is there? I suppose I could look it up but I always find it difficult to conclusively determine what isn't there rather than what is there. Not finding it doesn't mean it's not there!

So, even with the new Apple TV media streamer… all those iTunes shows and movies have yet to hit the HD realm?
aberkowitz posts on May 15, 2008 09:53
At $2 per episode, you could go out and buy the entire series of Sex and the City on DVD (including all of the extras) for the same price that it would cost to download from iTunes. Makes more sense to just go out and buy the DVDs to me….
Post Reply