Iron Man on Blu-ray - May Have Dodged a Missile 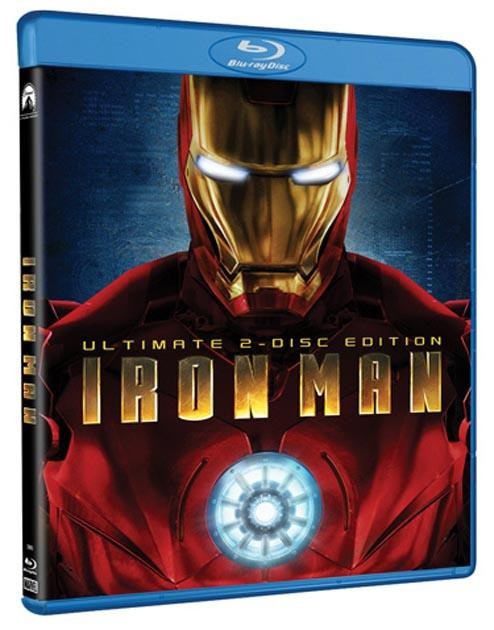 In true super-hero style - Iron Man might have narrowly avoided a near disaster. No, it wasn’t an explosive missile from his arch-nemesis in the film, Iron Monger played by Jeff Bridges. Instead it was something that could have been devastating for the film’s Blu-ray release and possibly delivered a spot of damage to the Blu-ray format overall.

It seems retailers carrying Iron Man on Blu-ray, set for release on Sept. 30, are enduring an eleventh hour recall from Paramount. Considering Iron Man was one of the biggest blockbusters of the summer, the splashy special effects film is perfect for Blu-ray’s high definition picture quality and Dolby True HD 5.1 lossless audio. It could have been a real set-back for the format itself at this critical juncture as Iron Man could be one of Blu-ray’s break-out titles.

Due to an apparent authoring problem with the disc Paramount has recalled the Blu-ray version of Iron Man from retailers. Rumor has it the problem was with disc 1 playing back in certain Sony Blu-ray players.

The studio received reports of compatibility issues with review copies that had been sent out weeks ago. Distributors have only recently been told to send back all copies of the disc. As a result Paramount has stated that it may have to delay the title’s release date to October 7.

While a one week delay for the Blu-ray release date may not seem like much, especially after the Godfather Trilogy’s release this week - which should keep many BD fans busy, if Paramount decides to go ahead with the DVD release on schedule it will almost certainly hurt Blu-ray sales.

But according to some sources, the word from Paramount is that the studio is working around the clock and determined to meet the official release date of Sept. 30. Some have even reported that they’ve already received a fixed copy of the Iron Man Blu-ray disc so it looks like old ShellHead might have dodged a damaging projectile that wasn’t in the script.

darien87, post: 463839
PQ was great. No playback issues. I started to load the BD Live stuff the first time, but it took too long, so I just quit and re-started the disc.

Great. Will need to get this when I get a good player
Taifun posts on October 03, 2008 12:11
Just remember that not everyone has the same hardware. There are a lot of variables that lead one person to like a certain track more due to their system being optimal for that particular movie …and not necessarily intentional.

I waited for the replacement disc and it worked great on my PS3. Loved the movie and I was limited to the DD soundtrack which I thought was excellent.
AcuDefTechGuy posts on October 03, 2008 10:15

Wasn't really impressed with the audio. But I remember being underwhelmed at the theater also. So I guess that's just the way this movie sounds.

PQ was great. No playback issues. I started to load the BD Live stuff the first time, but it took too long, so I just quit and re-started the disc.
EJ1 posts on October 02, 2008 17:31
I just watched it on DVD (I know, booo!) and thoroughly enjoyed the movie. Can't really comment on PQ or SQ but it looked great with the PS3 upscaling.
Post Reply