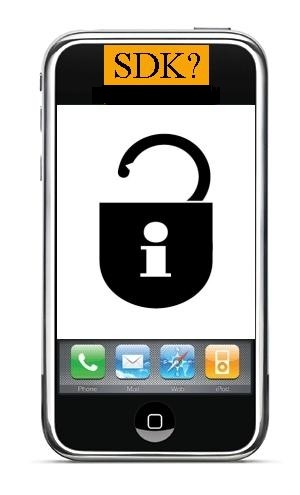 At an Apple shareholder’s meeting on Tuesday, Steve Jobs unleashed a stinging jab at longtime ally Adobe. Known for his quirky temperament that can build or crush whole businesses with a few words, Jobs said Flash runs too slow on the iPhone to be useful.

Adobe Flash has become the de facto standard in multimedia on the web and its absence is a serious issue for iPhone users. Lack of Flash is a considerable loss to the iPhone’s web experience and it has never been supported by the iPhone’s browser. If Apple won’t support it directly, developers hope to use the upcoming Software Development Kit (SDK) to make iPhone support Flash. But Jobs has made it clear that Adobe’s Flash just doesn’t measure up and it looks like the SDK will have to wait.

In the shareholder’s meeting Jobs criticized Flash’s two flavors, Flash Lite and Flash Player. He said that Flash Lite doesn’t go far enough and that the Flash Player, designed for laptops, is too slow and sluggish for the iPhone. He added that there’s a missing product in the middle.

There is no evidence that any middle product between Flash Lite and Flash Player is on the horizon. The comment is believed to be a general criticism of Adobe’s Flash product line.

Apple was expected to launch its iPhone SDK today but it’ll come as little surprise to most that it's been delayed. Apple is calling today’s town hall event a road map for iPhone SDK so it's release isn't expected to be part of the event's announcements. It’s believed that the finished SDK won’t make it into hands of developers until summer.

Read the Complete Thread
bommai posts on March 11, 2008 19:19
SDK is already out. Only firmware update is not.

SDK is not delayed. It is out so people can start developing apps using their macs. The final deployment software is not out yet, but Apple never promised that for end of Feb.
stratman posts on March 07, 2008 23:33
What was he wearing when he was cracking the whip? Or is he the gimp?
yettitheman posts on March 07, 2008 23:09
eh, I've all ready hacked mine, new firmware and all.

Now it looks like I'll be trying to find a way to use the SDK when it comes out….
birdonthebeach posts on March 07, 2008 19:48
I view Jobs like I do my favorite musicians and actors: I love his products, but would never want to interact with the guy… Funny how some of the most talented people are such complete jerks. Have you read the story on him in Fortune? What a jag. I would imagine it is much worse than anyone can imagine. But at the end of the day, I like the result. (As do the stockholders)

I am not a fan of the man, only of his company's products. And man, that iPhone is a piece of crap. I'm guessing it's got no future.