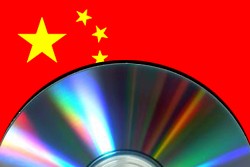 Digital piracy and fake products is a problem throughout the developing world but nowhere to the scale seen in China. The problem isn’t likely to be solved through diplomacy, litigation or law enforcement – business is forced to come up with creative solutions of its own.

Could business practices from China aimed at combating piracy be carried worldwide?

Techniques being practiced by foreign companies operating in China to combat intellectual property theft may serve as a proving ground for techniques that could combat piracy worldwide. And that’s exactly what we’re seeing from studios hit hard by DVD piracy in China including Warner Bros., Paramount and 20th Century Fox.

Piracy is the Mother of Invention

China is a developing nation on an economic roll. She’s a future superpower whose biggest asset is labor. Southern China is so wealthy in factories and dense with the world’s Export Processing Zones that it can literally make anything. Factories in the 21st Century can assemble TVs one day and then can be quickly retooled for auto parts, keyboards or toy manufacturing. Contracts to build stuff for the developed world are won and lost in intense bidding wars and there’s never a shortage of manpower to staff factories. 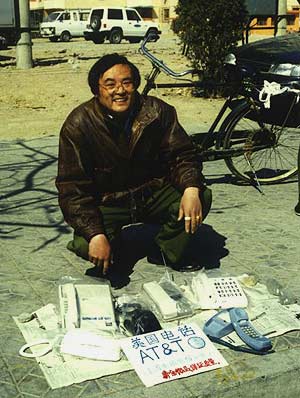 China’s piracy problem is far deeper than fake DVDs. It has a booming industry of fake motorcycles, cars, designer clothing, cell phones and any electronics product you can name. The Chinese will even deal in fake razor blades, toothpaste and pharmaceuticals. These fake products can range from shoddy imitations to replicas indistinguishable from the original. It’s estimated that piracy contributes a third to China’s GDP.

Widespread piracy and theft of intellectual property (IP) is hardly a problem unique to China. But though it exists across the developing world, few countries are subject to China’s vast scale.

When the chapter of Chinese piracy and IP theft is finally written into the history books, it may borrow a page from another world power with a checkered past - the United States of America.

There are those who make the argument that China is going through a natural phase in the evolution of its economy. This argument will point to an American history filled with the ills we see in developing nations. Issues like IP theft, environmental degradation, child labor and exploitation of workers can all be found in US history. It’s even reported that Charles Dickens got stiffed on royalties by U.S. publishers.

The Chinese government itself has been known to put forth this very argument, which makes it difficult to enforce legal policy. Even though pirates are in violation of international laws, regulation in China is known to be inconsistent at best. Some say that authorities in China don’t take enforcement of intellectual property laws seriously. But with so much of the nation’s GDP at stake, it’s small wonder why authorities may turn a blind eye.

But there are suggestions that this may not be the case for China. According to Anne Stevenson-Yang and Ken DeWoskin of the Far Eastern Economic Review (FEER), legitimate business practices might not issue from conventional channels in China. Given its unique government and economic situation China appears to be forging its own route to economic prosperity - for better or for worse.

Whether the road to legitimacy evolves naturally in China or not, it’s likely to take time before studios aren’t losing big to DVD piracy.

What Can the Studios Do About DVD Piracy?

The MPAA estimates that DVD piracy is costing studios $244 million a year. In China, DVD is the most popular way to view a movie, since film distribution is so controlled that most movies never see the light of a projector.

Pirated DVDs are so common in the Tiger-of-the-Orient, one article in FEER says, that even store owners who sell pirated DVDs for about 10 Yuan complain about lost market share to street vendors who can sell them for 7. In China, pirates control the lion’s share of the software, games and DVD movie markets to the tune of 90 percent.

With 90 percent of digital intellectual property being controlled by the black market, you’d need a high definition monitor to see a DVD in Beijing that passed royalties on to the studios. You can see why the situation calls for desperate measures from businesses. All the major studios need to start thinking about proactively resolving the situation from within - they simply don’t have time to wait for the market to correct itself.

In the war against piracy studios have a few elements on their side. One is the inconsistent quality of pirated products. It only makes good business sense for the studios to promote the high-end quality of the genuine article.

Fake DVDs found on Chinese streets can vary from studio-like quality to shaky video recordings from a handheld and a mic, complete with scratchy audio and shots of the backs of viewers’ heads. By offering consistently superior sound and video quality, the customer takes no risks when buying a legitimate product.

It seems that some of the major studios have been listening to Blodget.

It’s a truism in economics that a product is only worth what someone is willing to pay for it. Regardless of quality, the more expensive the DVD the more attractive the risk of a 7 Yuan copy of Rambo purchased on the sidewalks of Shanghai will look to consumers. It’s toward this principle that the most forward-thinking and boldest steps are being taken by a few major studios.

Warner Bros. and competitor Paramount have both been trying to sell ultra-cheap DVDs in China in an effort to combat piracy. Both studios are selling new DVD movies at unheard-of low prices, between 10 to 12 Yuan (from $1.25 to $1.50 U.S.). That should be cheap enough to cut into illegitimate markets that sell DVDs from 7 to10 Yuan.

But timing is another key advantage offered by pirates. Many people get an extra thrill watching an ill-gotten film before it’s even available in the legitimate market. To limit this advantage, the DVDs from Warner and Paramount will go on sale about two months after theatrical release. Warner has even tried a same-day release strategy.

By cutting down profits and making the product available before pirates have time to make any meaningful returns, Warner and Paramount seem to have cornered the two main advantages of illegal reproduction.

Late in 2006, Fox became the second major studio to try Warner’s approach - but Fox is doing things a little differently. It won’t sell its DVDs at the same ultra-low prices of Warner and Paramount, but instead will sell for about 20 Yuan (about $3 U.S.). To make up for the extra price, Fox plans to promote improvements in its distribution, reasoning that many areas of China have difficulty obtaining legal copies of DVDs. The company is gambling that consumers will spend a little extra if legal copies are made easily available. 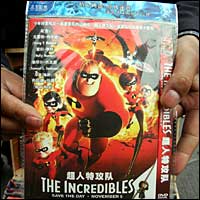 It’s interesting to note that many people have difficulty finding legitimate copies of DVDs, even in a major Chinese city like Shanghai. The author of the Sinosplice blog notes that it’s a shock to find legit movies sold on DVD that aren’t old classics. He also notes that they generally retail for 20 RMB (Yuan). That’s about triple the price of the average pirated copy. Maybe Fox is on to something by improving distribution channels. But will that be enough to offset the cost?

It’s too early to say if the most recent efforts to combat piracy are working, and reports are still scarce on legitimate Chinese DVD sales. Still, it will be interesting to see if results in the differing strategies of Fox and Warner / Paramount lead to any definitive conclusions on curing the country’s DVD piracy epidemic.

Adam, post: 548338
Welcome to the forum! Read around this place a bit, and you'll see that not everyone thinks it's okay.

That's what drew me here to the forum. Not to mention, there aren't a lot of sites that seem to have this stance… that I could find with a quick search.

I was desperately looking for commentors to come back up this side of the argument, but alas, the conversation has dwindled, reality has reared it's ugly head and I was called a zeitgeist… or something like that…

Sigh. I feel like an antiquated dinosaur in the world of morals and media.
I.Canton posts on April 06, 2009 22:20
Studios need to realize that no matter what they do, someone is going to break their protection; period. It's not a matter of it, it's a matter of when, and usually it's sooner than later. The studios need to work on making it more convenient for a regular person to legally get a copy of a movie, than to download it. Once they've created a convenient and inexpensive delivery method, piracy for normal users will go down. Having said that, there will always be some people that choose to pirate.
MatthewB. posts on April 06, 2009 13:47
What amazes me is how studios will spend millions in research and development to come out with some brand new encryption to beat bootlegging, yet some 14 year old with a laptop will conqour the encryption in a few hours. It took the heackers of Bluray less than a month to hack that encryption when the execs at Bluray said it couldn't be beat. Kinda makes me wonder why they even bother. Heck you don't even have to buy the DVD itself, there are many sites on the net where you can watch streaming movies that just came out that day in the theaters.
Djizasse posts on April 04, 2009 21:11

Adam, post: 548338
Welcome to the forum! Read around this place a bit, and you'll see that not everyone thinks it's okay.

Brusimm, post: 548335
What I find incredibly amazing is how people think it's OK, here in the U.S. to just rip off people.

Welcome to the forum! Read around this place a bit, and you'll see that not everyone thinks it's okay.
Post Reply