Is DLP Losing Ground to 3LCD? 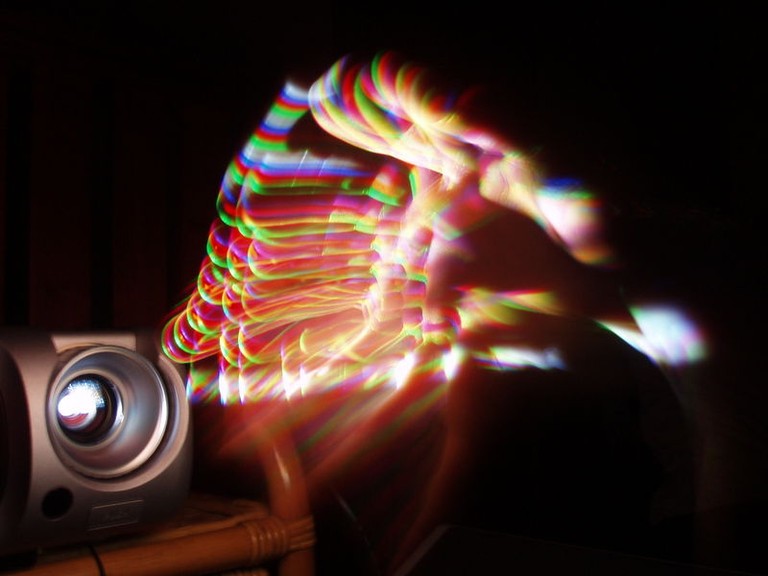 It's full of pretty rainbows!

DLP has consistently positioned itself as a high-end solution. The rapid price drop of single-chip systems broke that up a bit these past couple of years and I don't think any two companies felt that more than InFocus and BenQ. These two companies who once held the limelight were rapidly (and almost overnight) overshadowed by the likes of Optoma, Epson and Sanyo who were apparently in a better position to take advantage of price cuts and trends and bring budget systems to market in a way that didn't completely obliterate their stock prices.

Without checking sales receipts, it appears that DLP is losing ground. It is losing ground in both the front projection and rear projection markets but for entirely different reasons. I'll go into why I believe this is the case below.

Quite simply, this isn't where the excitement is. If Chevy Chase were making Fletch 3, his tag line would be "It's all flat panels these days!" Flat panel televisions are getting cheaper and cheaper. This despite the economy and despite the gloom and doom reports that prices were due to flatten out earlier this year. Flat panels are so cheap that 50-inch is the new 42-inch. What I mean by that is prices have plummeted so much the dominant size people are shopping for has increased. You can now nab an entry level 50-inch plasma display for under $1,500. Hey you, at least finish reading this article before you jump in the car!

It is no great mystery that rear projection DLP looks much better than its LCD counterpart. This is largely due to the components utilized in each. While DLP has traditionally had better black level reproduction, LCDs advances seem to have all been focused on their flat panel and front projection products. LCD rear-projection is simply the least expensive digital "big screen" display you can buy these days (and it shows).

Rear projection sets, while they have certainly slimmed in recent years, cannot compare to the exotic beauty of a flat panel display. With prices as low as they are (see my $1500 example above) it's a hard sell to go with rear projection unless you have a built-in or really want that extra few inches and absolutely can't do front projection.

Point #1: This is where the conjecture starts - and boy, are some people at DLP going to hate this article. To the best of my knowledge, DLP is simply protecting its high-end market.

Let's look at this another way. Why is it that I can buy three single-chip DLP projectors for a grand total of $3000. But I cannot purchase a single 3-chip DLP projector for under $15,000? It's not because it costs 15x more to make a 3-chip system. DLP has apparently made promises, likely to both cinema DLP owners and high-end manufacturers, that it will not drop these 3-chip system prices down too far, too fast. If they did, the high-end DLP market would go into "garage-sale" mode overnight. You'd also have almost no reason to go to the cinema anymore - but who goes out to movies anymore?

What's the problem with this? I don't have a problem with it. But DLP does. 3LCD technology has been playing catch-up for years now. And what do they have to show for it?

DLP made some huge improvements with its DC3 chipsets, but recent advancements seem to be incremental at best. That's not to say that Epson's new D7 panel update is anything to write home about, but DLP is all but evenly matched with LCD - except that LCD offers more features, options and configurability than DLP at the same price points. In most theater rooms I've seen, black levels, previously the ace-in-the-hole for DLP, is all but a non-issue in models priced around $2500. Rainbow effect remains and it will continue to remain until DLP breaks down and allows 3-chip systems to hit the budget price market.

Point #2: DLP isn't getting any smaller. While not necessarily an issue with respect to home theater front projection systems, the size of the DLP mirror-coated chip all but eliminates it from use in upcoming advanced portable projection products. LCD is silicon-based and continues to benefit from inherent advances in technology that allow for smaller panel sizes and more condensed pixels. This means that LCD technology (or something we have yet to see) will likely be the choice for next-generation ultra-portable projection devices.

What Does All This Mean?

Nobody's beyond the limits of change, so who knows. As I predicted the eventual demise of plasma to LCD (and still stand by this), any sort of long eventual change may be far enough away that it's pointless to worry about it now. On the contrary, manufacturers are fickle in the sense that they aren't going to allow an artificial technological block to impeded sales - not for long, anyway. For all we know, BenQ may be continuing to develop DLP projectors in tandem with 3LCD models, but it appears to me they have taking a big steps towards leaving DLP in favor of a more flexible and growing technology.

Things that could seemingly change the front projection playing field, like LED lamp technology, really affect both technologies - except that 3LCD gets helped even more. If bulbs can be eventually replaced by LEDs, then DLP loses its color wheel for a system that "reduces" rainbow effect through the use of high speed colored light emission. 3LCD, however, benefits completely without having had any rainbow effect limitations to begin with.

DLP needs to drop its artificial high-end protection of 3-chip systems and allow this technology to trickle down to consumers. If it doesn't, then I think 3LCD will continue to attract more companies into its fold and no mirror-talking cute girl walking around with an elephant is going to stop it.

Read the Complete Thread
Audioholics posts on November 28, 2007 18:53
It still needs to alternate red, green and blue with a single-chip design. It just does it faster and without spinning.
autoboy posts on November 28, 2007 18:19
I'm a little confused. Isn't the point of 3DLP to eliminate the rainbow by giving you 3 distinct color sources? So wouldn't 3 LED backlighting technology make the 3DLP systems not necessary?
j_garcia posts on November 28, 2007 17:35
I never liked DLP anyway. It has improved from where they started, but it is still not good enough for me to purchase. I will be buying LCD.
djoxygen posts on November 28, 2007 17:33
I wholeheartedly agree with your analysis. And I would even extrapolate that the size limitation of DLP means it will be harder for them to make affordable panels beyond 1920x1080. A 4K rez panel will be 4x the size of a 1080p panel, while over time a theoretical 4K LCD panel will eventually shrink to the same size as a current-gen 1080p LCD. 4x the size means 1/4 the yield.

Two years ago when I started planning my room around an eventual move to front projection I pretty much assumed it would be DLP. Over the course of my year-long remodel I have shifted my options to almost entirely LCD.
Post Reply