DirecTV and Comcast in Lawsuit Over Ads 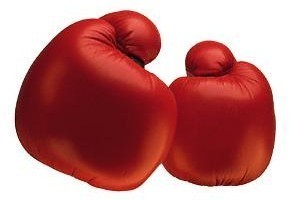 DirecTV and Comcast in Lawsuit Over Ads

DirecTV has been running ads that claim consumers and home-theater installers prefer the quality of satellite's high-definition TV over that of cable. Comcast didn't like it, and a federal judge in Illinois ordered DirecTV to stop airing them. This is turning into a marketing rights battle with the nations' largest players in each respective market taking part.

Comcast asked the court in July for a preliminary injunction and both companies are suing each other, each claiming the other has flawed data and/or otherwise faulty market research results.

According to a report on TheDay.com, District Court Judge John F. Grady in Chicago said in an order Wednesday that, pending trial, DirecTV must stop using ads in any Comcast territory that tout the installers' survey from last December as well as the April 2006 TNS Consumer Survey.

The judge did allow Comcast to continue running its HDTV ads publicizing a survey in which satellite TV customers said they preferred Comcast's HD picture quality over satellite TV's. He also ordered Comcast to post a $500,000 bond.

DirecTV said in a statement that it was “perplexed” by the court's order.

Heck, we're perplexed by the order. What facts, we wonder, was the judge even privy to that guided his decision, and if Comcast was justified in its statements, then why the $500,000 bond. It has been our experience that HD on CableTV is typically better than satellite, however that's like saying that Chartreuse is slightly less of a girly color than Puce. They both pretty much choke the bandwidth down to barely-tolerable levels.

DirecTV said it has already stopped running the ads.

Comcast said in a statement that it is pleased the judge stopped DirecTV from publicizing “false and misleading ads claiming superior picture quality over cable.” They further said that “The court's order confirms, once again, that DirecTV's claims are unsubstantiated and based on flawed and unreliable studies.”

Let's hope that the future sees both companies spending more time improving their respective networks and less time suing and counter-suing each other. If so, then consumers will be impervious to false advertising regarding quality. As it stands now, blocky transitions and horrific deinterlacing issues appear to be the norm for both providers.

Read the Complete Thread
MDS posts on August 21, 2007 20:00
It's tit-for-tat between cable and satellite companies.

Time Warner used to run ads that showed a family trying to watch a movie and as soon as the weather turned bad the satellite signal went out. Many of you may have seen the ad where the guy meets the girl that just moved in next door and then he is out on the roof messing with the satellite dish as she is undressing near an open window. She notices and freaks out and he says ‘No (meaning he is not a peeping-tom)…I just want my TV to work’.

The funny thing is though, sometimes when you call TW to report a cable outage they say they are aware of it - and blame it on the weather!
westcott posts on August 21, 2007 19:44
I have yet to see a cable installation that could match the video quality of satellite, and I have seen a lot of them.
Post Reply