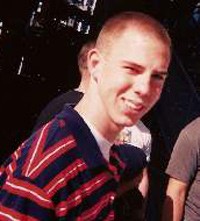 It was the movie Rambo that may have drawn our popular culture's attention to post-traumatic stress disorder. It was also widely reported that certain dark, realistic films like Apocalypse Now and Platoon may have brought on symptoms of the disorder in veterans.

Reports of flashbacks in the aisles of movies may be the stuff of urban legend, but it sure sold tickets.

Now a video game is being cited for bringing back bad memories in a young Iraq veteran struggling with post-traumatic stress disorder.

Eric Hall, a 24 year old retired Marine and Iraq war veteran had been playing Call of Duty 4 before he disappeared a week ago. His family says the game might have triggered flashbacks that worsened his symptoms.

Hall had suffered severe leg injuries during an incident in Iraq that claimed the life of a close friend.

Hall's friends and family, with the help of local authorities, are still actively searching for the veteran who it is believed may be trying to evading the efforts. Although he’s been missing since Feb. 4, those close to him say he’s capable of surviving off the land and have every reason to believe he’s still alive.

It's too early to say yet, but the mainstream news can only compound the tragedy if it decides to drag Call of Duty 4 through the mud over this. Citing the incident as an example of the immorality of video games will only sell more copies.

Instead of looking for an easy target to blame – hopefully news outlets will use their voice and resources to help find the missing veteran and draw attention to his plight.

According to reports, Eric Hall is embroiled in a struggle with the Department of Veterans Affairs over outstanding disability and vacation pay. It sounds like Hall was already dealing with more than his share of real life stress before he ever picked up Call of Duty 4.

Read the Complete Thread
The Chukker posts on February 15, 2008 02:44
All valid points Wayde, thank you for your well thought out response; obviously the issue is controversial and I think it will get more so as games get more and more sophisticated. Incidentally, I thank you for your service to our country, it is much appreciated.
Take care!
Wayde Robson posts on February 14, 2008 02:16
Hey Chukker

I hear what you're saying about the difference between passive and interactive entertainment. I agree with you on that and maybe there is something to the interactivity adding to the mind-trip aspect, if I may be so bold as to use a technical term from psychology.

I don't know how old you are. I'm pretty old. But not too old to play COD 4 on Vet difficulty. Yes, it was intense. The visuals and emersivness was amazing. Voices, language, I'm sure it would put people into the middle of Bagdad for a moment when they start playing.

But - games are ritualistic. Our brains compartmentalize the skillsets required to get through the next level.

As good and emersive as a video game's visuals, sound and overall detail can be… it only lasts so long before you're left with the bare elements of “gameplay”. Eventually you're turning corners - engaging targets - securing an AO - ending that level. It doesn't matter if the target is a well rendered mid-east religious fanatic or a Donkey Kong monster, you're performing the same repetitive tasks.

I am also old enough to remember when Apoc Now was released. Back in the day movies were said to have significant influence on behavior. In fact, you can take what they say about video games today and replace it with grindhouse cinema of the 70s.

When Apoc Now was released it was almost an ‘exploitation film’. It went somewhere that most Americans weren't prepared to go. It was a risk for everyone involved including Coppola and Brando.

I was too young to actually go to it when it was released but I remember this sense of forbodding, that it was widely considered a dangerous movie.

There were intense scenes in that movie I don't think ever occured in Hollywood before. Soldiers performing operations so - out of uniform they'd be up on charges today. Open drug use in the field and all the confusion as to who exactly the enemy is. Comparing Apoc Now with John Wayne's Green Beret is a quantum leap.

I happen to be a veteran of the US Army myself. I was in a LRRP troop with the 2/1 Cav the Blackhawks. Fortunately for me it was only during peacetime. But we were training for the desert. Operation Desert Shield came soon after I ETS'ed.

I don't think going to a movie has any more significant effect on the psyche than playing a video game. But I'm not convinced of that statements converse either.

I think that we make whatever we want out of it. If you choose to be adversely effected by one or the other you will.

There you have it Chukker, I don't even think we disagree at this point. I'm just rambling cause it's late and I just played hockey and am trying to wind down so I can get some sleep.

Wayde Robson, post: 374058
I have to disagree with the earlier statement about the difference between playing a game and watching a movie. I am no psychologist but if there are risks of PTSD you should lump movies and games in the same category as potential triggers.

Fundamental differences aside, I do not disagree that movies and games are potential triggers, but that doesn't change the inherent difference between movies (which are a passive experience), and games (you are an active participant in). In a game like COD 4 which isn't necessarily realistic, after all most vets will tell you that real war is ~99% boredom and ~1% holy sh!t, it's subject material (especially the American campaign) is awfully close to what our men and women are dealing with in country: AK-47's, RPG's, and room clearing in an obviously Arab city. Don't forget that the player is tasked through his own actions, through his own senses (eyes and ears), with pulling the trigger and killing other realistically rendered humans in this game. I have finished this game on Veteran difficulty and it is one of the most intense games I have ever played. It utilizes modern weapons that sound and act like their real counterparts. And your buddies die a lot in the game. I am a great believer in escapism, I'm just not sure that this game is all that appropriate for our returning soldiers looking to unwind. Maybe something less grounded in reality like Halo 3 or Half-Life 2?
dnice555 posts on February 12, 2008 21:34
I just wanted to chime in and agree with Mike C on the sherminator comment
Matt34 posts on February 12, 2008 09:29
I know from some of my personal experiences that ordinary, everyday things can cause some adverse reactions after experiencing the kinds of things this kid did.

I've noticed since my last trip I've become very desensitized to otherwise graphic violence and death but for the longest time(about 4-5 months after coming back) a slamming door, fireworks, etc would trigger some intense fear. Of course every experience is going to be different as with the way that individual is going to deal with it.

Who are we to judge?


-There are defined signs and syptoms to PTSD though and families of returning soldiers should get themselves smart on the military programs available. It's too easy to blame his condition on a video game.
Post Reply