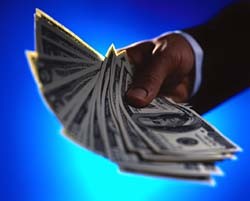 As part of an online promotion, between July 1 and September 30, consumers who purchase a new Blu-ray player (including the PlayStation 3) will automatically qualify to receive 5 free Blu-ray movies from a selection of twenty-two titles.

According to an article at High-Def Digest, the promotion seems to be geared towards competing with Toshiba's recent in-store $100 rebate and additional promotion that gives users 5 free HD DVD titles from a selection of 15 movies (runs through July 31, 2007. , 5-free HD DVDs the Blu-ray Disc Association on July 1 will begin offering a "five free discs" deal with the purchase of any new Blu-ray disc player.

Among the titles on offer are selections from all Blu-ray-supporting studios including Sony, Disney, Fox/MGM, Paramount, Lionsgate and Warner. Reportedly Pearl Harbor, Corpse Bride, Underworld Evolution, Black Rain, Transporter 2 and Devil's Rejects will be among the available selections.

Though the site is not yet active, the complete details of the promotion will be available at www.bluraysavings.com.

Help them win by buying one now

I just bought a brand new ps3 on ebay. Do you think that would count for this offer? I can try it anyway for the price of a postage stamp…

I just bought a brand new ps3 on ebay. Do you think that would count for this offer? I can try it anyway for the price of a postage stamp…
j_garcia posts on June 29, 2007 12:37
Hollywood video also has both formats in select stores too. I've been renting BluRay for a few months already….

Blockbuster should have BD in most stores next month.

Sony isn't getting nervous, just matching the deal offered by Toshiba that ends at the end of July.
The Dukester posts on June 28, 2007 22:42
If you read the article, it says that BB will continue to keep HD DVDs in the stores it already has them in. They will continue to offer them online as well, so Clint is correct….for now. BD only will be in the expansion stores. Who knows what they will do in the future.


Thunder18, post: 280033
It won't be too long before Blockbuster is carrying Blu-Ray exclusively. Here's the link:
http://edition.cnn.com/2007/TECH/biztech/06/18/blockbuster.blu.ray.ap/index.html?eref=edition_technology

I have to imagine that is a huge blow to HD-DVD as people realize that they will no longer be able to get HD-DVD's at their neighborhood Blockbuster and those who have not made their mind will see that Blu-Ray is their only choice at Blockbuster. This is a snippet from the cnn article, “LOS ANGELES, California (AP) – Blockbuster Inc. will rent high-definition DVDs only in the Blu-ray format in 1,450 stores when it expands its high-def offerings next month, dealing a major blow to the rival HD DVD format.”