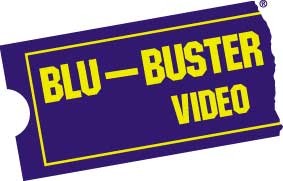 Blockbuster Video stores are expanding their high definition offerings to 1700 stores by mid-July, however these offerings won't include HD DVD titles. Online rentals will still be available for both Blu-ray and HD DVD and the initial 250 stores that currently rent both formats will continue to do so.

"We intend to meet the demands of our customers and based on the trends we're seeing, we're expanding our Blu-ray inventory to ensure our stores reflect the right level of products," said Matthew Smith, SVP Merchandising for Blockbuster. "While it is still too early to say which high-definition format will become the industry standard, we will continue to closely monitor customer rental patterns both at our stores and online, so we can adjust our inventory mix accordingly and ensure that Blockbuster is offering customers the most convenient access to the movies they want, in the format they want."

With the expansion in July, the 1,700 stores will be carrying more than 170 titles in Blu-ray and will continue to add titles in the format as they are released from the studios.

Says Smith: "We are excited to be able to make more high-definition titles available to our customers in those stores where our research indicates there will be the most demand... Obviously, when customers are ready we can expand the Blu-ray offering into more stores and add HD DVD to more locations if that's what customers tell us they want. We'll continue to work with the movie studios to ensure we have the right assortment of products."

Here's where it gets interesting. Blockbuster's parent company used to be Viacom. Viacom happens to be the parent company to Paramount Pictures and DreamWorks SKG. Paramount was the notorious company that "switched" from endorsing HD DVD to endorsing Blu-ray (but while still releasing titles in both formats to hedge it's bets. While this doesn't exactly scream conspiracy theory, it appears that Blockbuster is taking the same approach with the stores hedging their bets by saying that consumer influence will dictate corporate policy on a per-store basis (and it possibly may, though it will take a significant study of market penetration per area to determine the effectiveness of these per-store policy changes.)

SO is the format war finally over? Well, not if Wal-mart pushes through with its plans to release a Chinese-branded HD DVD player this year for less than $200. A lot of discussion ensued when Chinese manufacturer leaked that they were going to produce HD DVD players for Wal-mart in quantity to the tune of $199 retail:

"We are sorry to correct the statement that we have two million HD DVD players order from Wal-Mart and manufactured by China Great Wall Group," Fuh Yuan said. "The actuality is that we had not received yet. We are asked to provide the schedule to Wal-Mart and cost to determine the quantity even more than two million, if the cost is good enough and timing is correct. So the capacity is under consideration. Any qualified manufactured base group will be welcome."

Though they retracted the statement, the facts seemed to show that the only mis-statement was that Fuh Yuan had exclusively won the bid. With a pretty clear indication that this is out for bid to Chinese manufacturers to the tune of more than 2 million players it is likely that Wal-mart, who possesses more than 40% of the DVD market, may swing the format war again towards HD DVD. Blu-ray Disc players have not, to our current understanding, been licensed for manufacture by third parties as of yet.

The bottom line will be determined by one thing: Can a retailer or any external entity force the collective hands of the studios? If so, then a successful push by Wal-mart may force studios who are exclusively Blu-ray to begin manufacturing HD DVD titles simply to compete. If not, then the lack of particular titles in the HD DVD format will cause the format war to be extended further with no end in sight.

Read the Complete Thread
BMW posts on June 22, 2007 21:24
I was about to buy the Toshiba, when my Internet went down. Thank God for that. When my Internet came back on line, I did what I thought was the best solution. I ordered the Oppo 981. Until there is a solution for the format war, I'm gonna stand tough and watch my dvds On the oppo.
BMW
MACCA350 posts on June 22, 2007 05:09

I hope not, can you imagine how restrictive things would be if they controlled more than they already do, proprietary this proprietary that. I have no problem with Sony owning their own products, but being in control of the only High Definition media on the market just scares me. One word: Rootkit

You know what the BD Player Profile system is for? Price protection. If you have levels of player functionality then you can justify charging premium prices for such products. Could you imagine if you're current DVD player couldn't access the extra features on todays DVD's and if you wanted to play them you'd have to buy a more expensive player. How many people do you think will pay the extra for that? Do you really think content providers would bother with spending money on creating these interactive features if they knew that the majority of people wouldn't even see it since their player doesn't support it

As I've said before BD is not a complete format, the only reason its on the market now is because they didn't want to ‘miss the boat’

BTW there are some great titles on BD that I'd love to own, but I'll wait till they've actually got a BD player on the market that can do ALL the interactive stuff……if that ever happens.

davo, post: 277578
This seems to be happening quicker than I had hoped. Feels almost surreal.

sholling, post: 277415
My point is that Joe and Jane Six-pack with their 32“ 720p TV and (insert brand name here) HTIB aren't likely to start buying large numbers of hi-def DVD players until ”hi-def ready" becomes just another cool feature in their $100 DVD player. Until then it's a niche product. Of course once a winner is declared and players drop below $200 enough early adopters may jump in to expand the niche and accelerate acceptance as prices drop. That's how a lucky few products reach mainstream.

Don't think for a second that HD-DVD's price plummeting has anything other to do with the fact that as a failing format, all they're trying to do is drive BR into low/zero profitability along with them. Can't win? Drag down your competition.

Anyone that thinks $100 for J6P is the magic number is fooling themselves. I think right now price is the only thing that keeps the new players unique from the other crap out there–meaning, once those players hit that price point, they'll blend into the background. Sure more players will sell, but one wonders if the buying public will be conscious of the benefits (or care), thus making HD-DVD movies collect more dust.
davo posts on June 21, 2007 05:45
Bring out your dead-HD DVD!!

This seems to be happening quicker than I had hoped. Feels almost surreal.